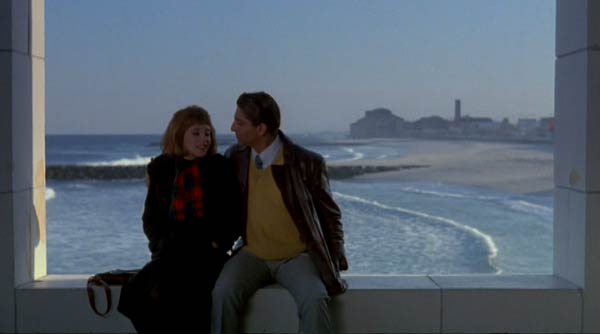 John Sayles burst onto the movie scene in 1979 with his debut The Return of the Secaucus Seven, which earned critical raves and had a very small budget. He followed it with Lianna, a subdued look at a woman who faces the social consequences of coming out as a lesbian. For his third film Baby It's You, he switched gears and received studio financing from Paramount. This allowed him to get the rights to popular music from Frank Sinatra, Bruce Springsteen, and others, but he maintained the small-scale approach of his first two movies. This introduced a new conflict when the studio hated his cut and wanted massive changes. They ended up using that version but giving it an extremely small release. It was hard to find for years but is now available on DVD. This was the last Sayles movie that I hadn't seen and connects a lot more to his early work than recent efforts. The experience made him skeptical of working with studios and pushed him further into the independent realm. 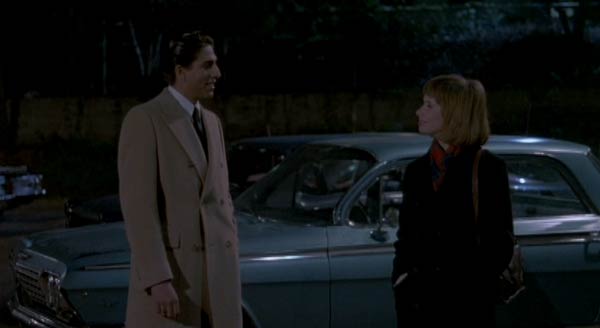 What's the story about?
The year is 1966. Jill Rosen (Rosanna Arquette) is a smart Jewish girl from a middle-class family with a bright future. The Sheik (Vincent Spano) is an Italian with few prospects who aspires to be the next Frank Sinatra. They don't have much in common but strike up a romance at high school in New Jersey. It's short-lived and filled with complications, and it seems finished when she heads to college. Although Jill recognizes the limits to their connection, she can't stop thinking about the Sheik. He's off in Miami to make it big while she studies acting, but their story may still have one more act before the curtains fall.

How does Sayles build the sense of community?
This movie begins in high school and changes drastically when Jill heads to Sarah Lawrence College. Sayles shows the stark differences between the two environments, particularly from her perspective. Jill was one of the queens of the school in New Jersey and could do nearly anything. She idealistically expects to be the center of attention at Sarah Lawrence, but it's a colder place. Her young romance with Sheik is idealized on the Jersey Shore but feels different once he goes to Miami. Sex becomes a tool in college to get an escort for a dance, and romance has left the building. College might seem free, but the communal feelings of high school have been replaced by self-important competition. It's a jarring tonal change to the story, which becomes more dramatic and reveals the cracks in each person's facade. 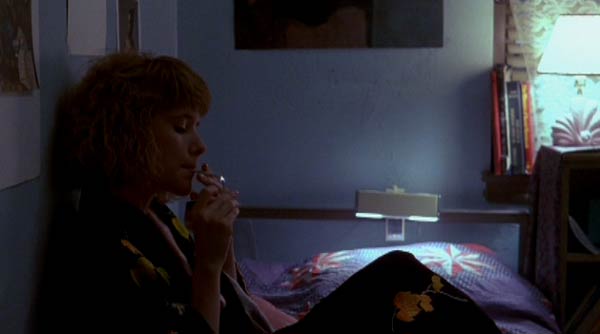 Does the plot match our interest in the characters?
The story mostly sticks with Jill's perspective, and Rosanna Arquette makes us relate to her even when she does the wrong thing. Jill is often playing a part and extending her acting to the real world. It's frustrating to watch her mess around with idiots in college, but it's a coping mechanism to keep her sane. The Sheik is trickier because he comes off like a big-time idiot for most of the movie. It's only near the end that we really understand the smokescreen he's putting in front of everyone. It's sad to see his excitement about lip-syncing to Frank Sinatra in a Miami bar when we know it's killing him.When he trashes Jill's room, that rage connects us to him even though he's out of control. Vincent Spano doesn't have much range, but his bluster works for this character. Anyone who rides with a guy named "The Rat" and tries to act serious is kidding himself. We learn tidbits about other characters, but they're mostly bystanders to the main couple.

What are the key themes of this film?
Sayles creates a specific mood with pop music, particularly from Bruce Springsteen. "She's the One" works perfectly to match the positive vibes of the new relationship between Jill and the Sheik. On the other hand, the rough guitars of "Adam Raised a Cain" show the anger that's about to explode when he drives to her college. Sayles uses this romance to present the dawn of a new era in the late '60s. She's living in the world of Frank Sinatra and the Supremes and doesn't recognize the drug-induced haze that's on the way. It may be tougher to stick with the story when the tone changes, and that effect is by design. Sayles is going for higher stakes than your normal teen romance, so it's hardly the crowd-pleasing movie you might expect. Jill and the Sheik may gain an understanding, but their different worlds are too much to promise a truly happy ending. 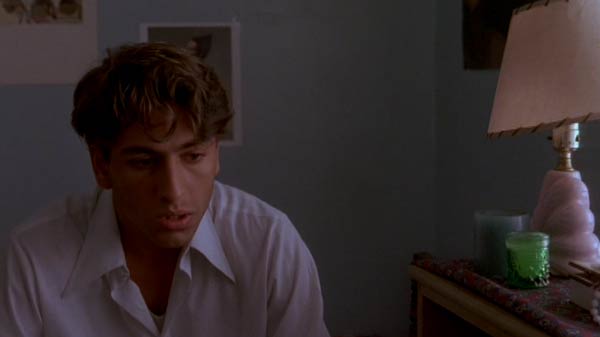 How does this movie fall within Sayles' career?
Baby It's You lacks the depth of Sayles' later work, but it shows his attention to strong characters. Arquette is the highlight and keeps us interested even when the plot struggles. It's also hard to go wrong with a movie that has this much Springsteen. "It's Hard to Be a Saint in the City" and "The E Street Shuffle" fit perfectly with the period music and keep the pace moving. The Springsteen songs come from the '70s but work thematically. The love story of characters from different sides of the tracks connects with the early characters from The Boss. It's a little forgettable, but it occupies an interesting place in Sayles' development as a filmmaker to watch on the independent scene.

Next week, I'll begin a look at recent musicals by checking out Outkast in Idlewild.
Film Review