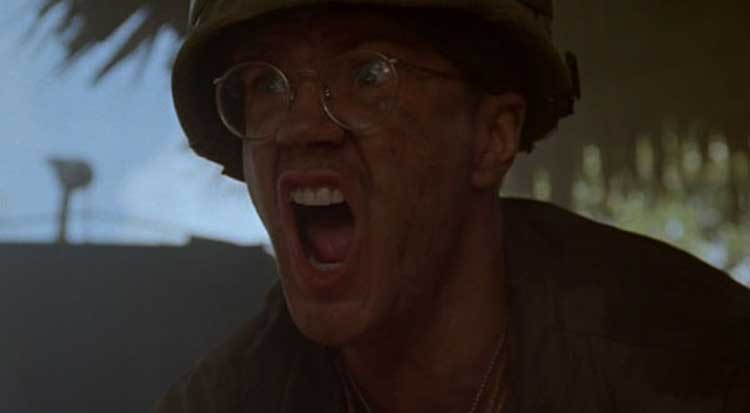 War films offer the perfect environment to examine the most frightening elements of the human psyche. When the soldiers return home, they are often a shell of their former selves. This was especially true after the Vietnam War, which plunged young guys into jungle hell. Plenty of movies have explored the dramatic impact of this chaos, but few truly venture into the horror genre. An exception is Adrian Lyne's 1990 film Jacob's Ladder, which has Tim Robbins' Vietnam vet experiencing a lot more than your typical shattered nerves. While supernatural elements may be in play, they all spring from events that happened back in 1971. It didn't make huge waves at the box office, but this movie has built up a strong following during the past two decades.

What has kept this film in the consciousness of movie fans? Along with the grotesque elements, its paranoia towards the establishment seems fitting in our modern world. The idea that the government and military have the citizens' best interests at heart has dissipated, and that sense of dread permeates the entire movie. Jacob Singer (Tim Robbins) works in New York City as a postal worker several years after returning from Vietnam. He lives with his girlfriend Jezzie (Elizabeth Peña) and has a good life, but strange visions have him questioning his sanity. Evidence points to a governmental conspiracy, but something darker may lurk beneath the surface. 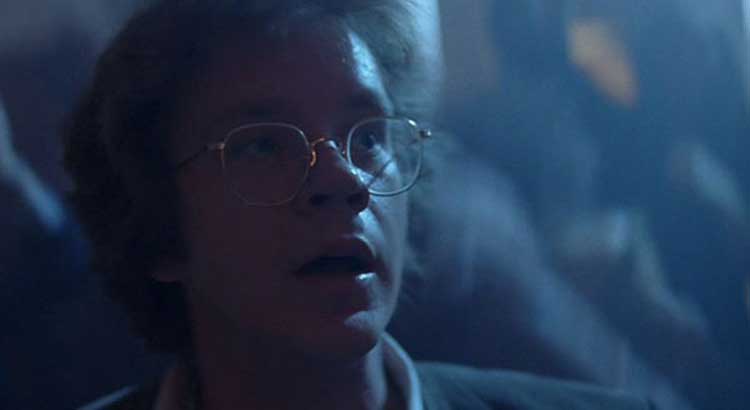 Adrian Lyne excels at directing trashy films that go way over the top, but there's clearly some talent behind his showy work. His career includes Flashdance and Fatal Attraction, and that style actually connects with this feature. Jacob's hallucinations involve demonic figures right out H.R. Giger's work, and there's a raw sexuality to those disturbing forces. The most striking example occurs at the party scene, where Jacob sees Jezzie having sex with a giant demon right on the dance floor. It's a ridiculous moment that veers close to being laughable instead of scary. Her character spends much of the story without clothes on, and it's clear that Lyne is painting her as a Jezebel-like figure (hence the name) who distracts the hero from his true path. There are few subtle elements to his style, but it fits with the intense atmosphere. Lyne puts us right there with Jacob as he experiences crazy visions from the darkest corner of his consciousness.

Writer Bruce Joel Rubin (Ghost) spends a significant time convincing us that Jacob is dead. This seems too obvious, so it isn't surprising when we discover the truth behind the army's testing on his regiment. When shadowy figures kill his buddies and are turning the screws on Jacob, it's a relief because we now understand the source of his visions. This concrete explanation of "The Ladder" substance makes sense, but it's really just a set-up for the final twist. Feeling surprisingly similar to the Lost series finale, the last few scenes clearly show us the actual reality of Jacob's fate.

It's a strangely upbeat finish considering the torment inflicted during the past few hours. Rubin telegraphs the twist but puts a smokescreen in front of us to disguise it. Even when he gives us the information, there's still the possibility that spiritual forces are driving his path. The question of whether he's truly facing demons and angels isn't resolved, and that's okay. While living out this purgatorial existence away from Vietnam in his mind, it's merely a blip before Jacob reaches his ultimate destination. 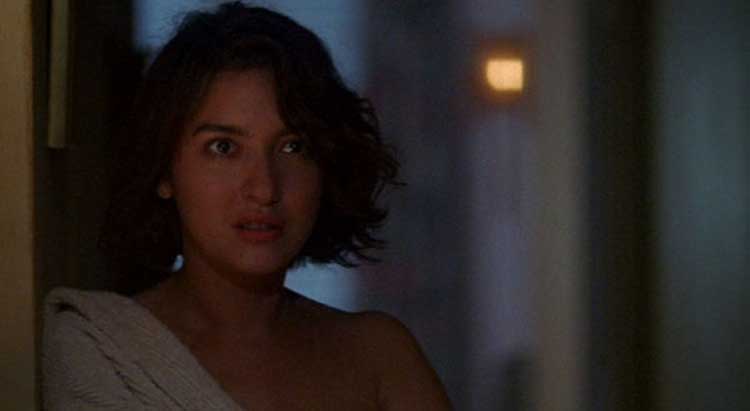 Tim Robbins' offbeat approach is the right choice for playing the unhinged Jacob. He's trying to maintain control, but the visions are horrifying enough to drive anyone to madness. Robbins excels at playing Jacob's frustration at being powerless to stop the insanity. Elizabeth Peña (Lone Star) is a talented actress and does a good job, but she isn't given as much to do as the story rolls along. Danny Aiello gets a few convincing scenes as the chiropractor Louie, who has an angelic appearance. There also are early performances from Ving Rhames, Eriq La Salle, and Jason Alexander to round out the cast. I also have to mention a pre-Home Alone performance from Macaulay Culkin as Jacob's dead son Gabe. They needed the cutest kid imaginable to represent his loss, so Culkin fits the bill.

Although it's easy to call out the crazier sequences (particularly the descent into hell) as the high point, I enjoyed some of the subtler moments where the terror slowly builds. A good example is Jacob's experience at the subway station, where he's trapped inside the grisly setting. Forced to walk across the tracks, the clumsy guy nearly stumbles right into an incoming subway. That train's passengers are creepy, faceless denizens straight out of our nightmares. Jacob only catches a glimpse of them, but that's enough to increase his fear.

Jacob's Ladder also functions well as an urban horror film, where every corner of the city is hiding another monster. The New York City of the 1970s is a much-different place than the tourist mecca of today, and Lyne highlights the ugliest parts of the city. When a strange car chases Jacob down an alley, we feel like the entire town wants to kill him. Few guys are on his side, and even his fellow soldiers aren't ready to stand up to the fight. 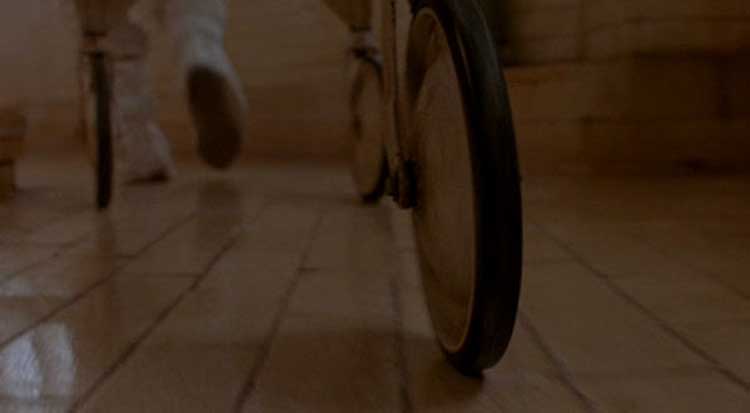 Jacob's Ladder is an effective movie that still has the ability to freak you out today. However, I do think that some of the mystery of the first viewing drives the success. There's enough happening on the screen to make it worth a re-watch, but the hokier elements might collapse under scrutiny. Regardless, it's a fun movie that's worth a viewing if you cal handle the chills. It walks the line between the trashy genre film and a more convincing drama. Robbins lifts the material by showing us Jacob's vulnerability, particularly due to the loss of his son. Even when the images start going way over the top, he keeps us engaged to the very last revelation. It might not reach the spiritual depths Rubin is shooting for, but there's enough weight to make it a convincing ride.