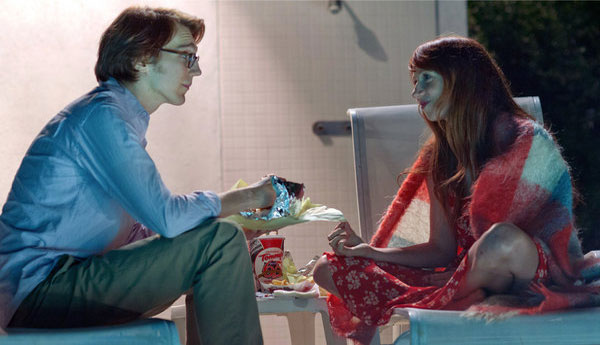 When writers talk about their characters becoming alive, they usually mean it in a metaphorical way. They can feel the essence of the creations, which often come from their own personalities. That intimate connection can blur the line between reality and fiction. Does the mouthpiece of the author truly represent his or her thoughts? This is often a trivial discussion that doesn't give enough credit to this person's abilities. Of course, there are exceptions. Taking this issue a step further is Ruby Sparks, a modern fantasy that brings an imaginary character into our world. When Calvin Weir-Fields (Paul Dano) sits down to write his new novel, he's shaping actual events in his life. This removal of the line between writer and subject has been handled in movies like Marc Forster's Stranger Than Fiction. That movie showed how the author was unknowingly shaping a guy's life. This film goes beyond that approach and offers a less optimistic view of the creative process.

So, what's this story about?
Calvin wrote a successful book at a young age, but he's facing a serious case of writer's block. Living an isolated existence has brought him few life experiences, but he gets inspiration from a dream. He sees a beautiful young woman named Ruby (Zoe Kazan) and quickly writes many pages about her. While plugging away at his typewriter, Calvin isn't just making his book; he's creating a real-life character. Ruby materializes at his house and doesn't realize she isn't normal. Having a cool and stunning girlfriend is great for Calvin, but even this constructed romance can only stay rosy for so long. When her behavior starts getting too realistic, he wonders how far he should go to shape this living character. 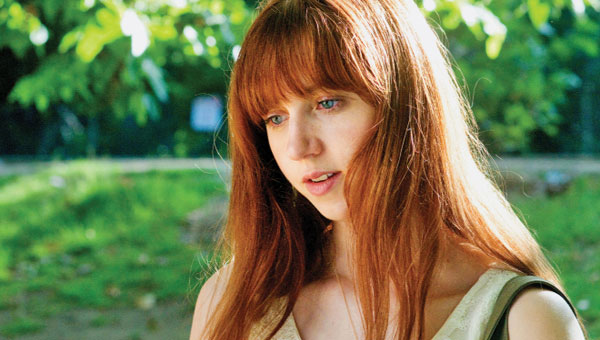 What are the key themes of this film?
The big question in this story asks how much of Ruby comes directly from Calvin's personality. Her energetic attitude seems like the opposite of his standoffish demeanor. She originally acts just like the character in the story but has the ability to adapt. It's similar to Arnold Schwarzenegger's "learning computer" robot in T2.   Calvin is the perfect boyfriend at the start, but doubts appear when she notices his isolated existence. He's dealing with his father's death, but that loss hasn't affected his brother Harry (Chris Messina) in the same way. Calvin is a textbook case of the tortured writer so wrapped up in his own mind that he doesn't see much beyond himself. His relationship with Ruby matches the struggles of any real-life couple. Even though she isn't a normal human, her unwillingness to remain one-dimensional starts pulling them apart. Calvin's ability to change the game and re-wire her may bring them together, but the moral implications are something else entirely.

Are the characters believable and fully drawn?
Calvin occupies much of the screen time, so we have a pretty good idea of how he ticks. Paul Dano is the right choice to play this self-centered intellectual and makes he believable even when we dislike him. We spend limited time with his family, so it's hard to say if there's more behind his very upbeat mom (Annette Bening) and her boyfriend (Antonio Banderas). Bening is playing a pretty standard hippie character, yet she finds subtle ways to avoid making her a caricature. Harry is a typical young guy and pushes his brother to get into the dating game. Chris Messina does solid work to keep him from becoming tiring. The trickiest and most effective performances comes from Zoe Kazan, who also wrote this movie. She plays Ruby in all different emotional states and has to sell the dramatic shifts. It's mostly played for comedy, but there's a pretty dark undercurrent to every change. 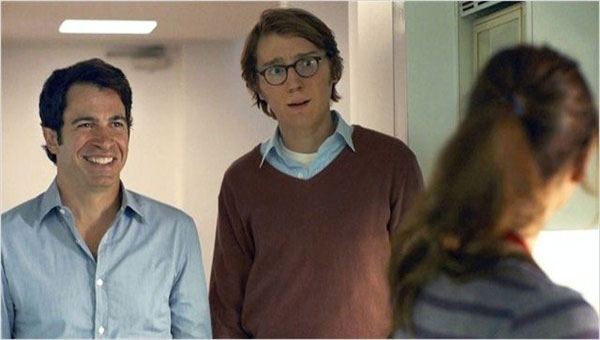 What are some of the most memorable scenes?
When Ruby arrives in Calvin's life, the scenes are played for comedy and show them having a great time. He's the type of guy who makes regular visits to a psychologist (Elliott Gould) and has mental issues; has he now lost it completely? Instead of simply taking her around and seeing if people interact, Calvin puts together an overly complicated method for figuring it out. He calls up an obsessive groupie and asks her to lunch, which is excessive. It's this type of social miscue that hints at his problems going forward. Ruby and Calvin's relationship culminates in a shocking moment where he treats her like a puppet. Sitting at his typewriter, he keeps changing her personality and treats her terribly. We realize she isn't a "normal" human, but this is just cruel behavior. Even when Calvin recognizes the problem and changes his tune, the damage is done to both Ruby and our feelings about him.

How’s the direction? Is there an original vision?
Husband-and-wife directors Jonathan Dayton and Valerie Feris bring a similar mix of humor and angst that they used well in their first movie Little Miss Sunshine. They use bright colors to show the excitement of Calvin's romance with Ruby, but there's a serious darkness lurking in his heart. The movie's final scene is shot with such light that it feels like he must be dreaming. There are some tonal issues that aren't completely resolved, particularly with the positive resolution. Even so, Dayton and Feris create an attractive look. They shoot Kazan like an angel who seems out of place in this difficult world. When she starts changing after spending more time with humans, it's a jarring adjustment. Ruby lays curled up in her bed feeling miserable and is missing the upbeat look of her earlier appearances. 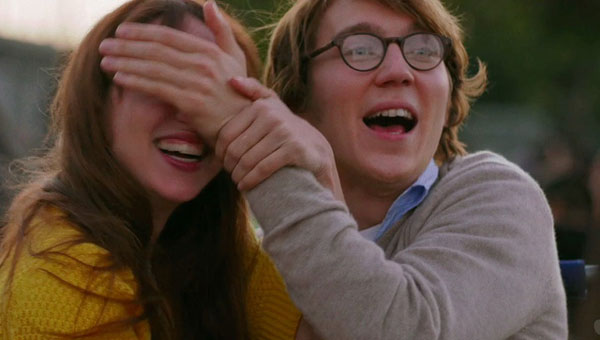 Looking ahead, does this movie have a chance at making my Top 10 List?
Ruby Sparks has an intriguing concept and executes it well, especially in the first hour. Even so, there's an element missing to truly push it into the upper tier. One issue may be the difficulty in connecting with Calvin, who embodies the self-indulgent artists who can barely communicate with the outside world. The idea of having this type of writer bring a character to life is great, and Kazan's script covers interesting territory. It's not a huge surprise to note that she's in a real-life relationship with Dano. The nastiness on screen probably wasn't easy to film, but they didn't need to stretch to deliver a believable romance. I wonder how much of Kazan's own experiences as a young actress affected what she wrote into this film. It may be a fantasy, but the idea of having an author create an idealized female character likely isn't too far from the realm of the Hollywood dream machine.

Next week, I'll grab my webs and hit the rooftops with The Amazing Spider-Man.
2012 Film Review