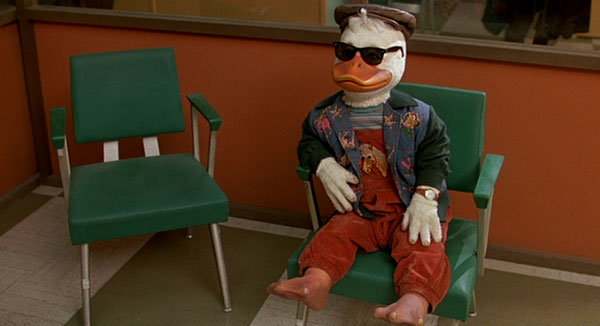 One of the most notorious flops of all time is Howard the Duck, which derailed the careers of plenty of crew members. It's a perfect example of how misjudging the audience can lead to financial ruin. Studio chief Frank Price left Universal soon after this film's poor results. So what went wrong? Is this a case where the audiences just missed the boat? When a movie is nominated for Worst Picture of the Decade by the Razzies, it seems likely there's something to the negative responses. Executive Producer George Lucas was closely involved with this production. Maybe this mess was a sign of what was the come from Lucas. I knew little going into this viewing, so I tried to give this movie a fair shake. Even so, it isn't easy to watch such a renowned disaster without certain expectations. 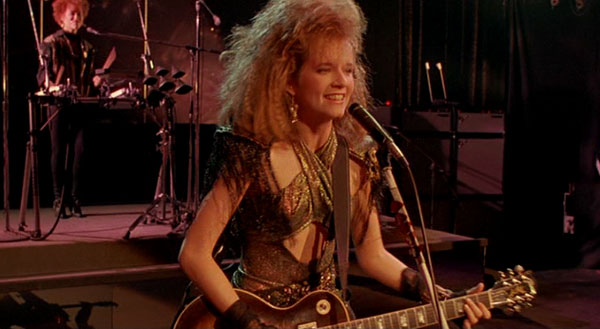 What's this story about?
Howard T. Duck (voiced by Chip Zien) lives in a world where the dominant species evolved from ducks, not monkeys. After a long day at work, he’s relaxing at home when a laser pulls him out of his world. He flies through space and arrives on Earth. He’s lost in this strange world of humans but connects with singer Beverly Switzer (Lea Thompson). Her band Cherry Bomb is struggling under the thumb of a slimy manager. After taking care of that problem, Howard tries to get home. Beverly’s bumbling friend Phil Blumburtt (Tim Robbins) gets Howard in contact with scientist Dr. Walter Jenning (Jeffrey Jones). Unfortunately, this might not be so easy and could place the entire world in jeopardy. 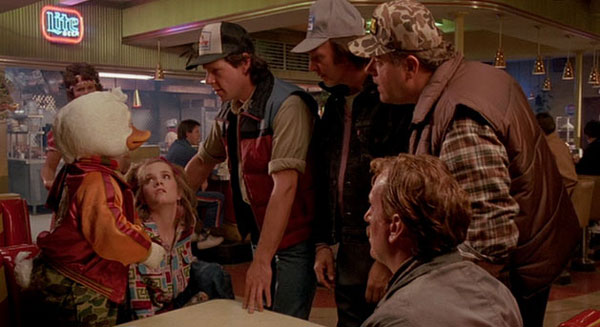 How bad was the box office? What factors were involved in the failure?
Howard the Duck’s $36 million budget would be considered modest today, but it was massive in 1986. Top Gun was the most successful release of that year, and it only had a $15 million budget. The pressure on this film to generate huge receipts was very high. It grossed $16 million in the U.S., which seems worse when you consider its production costs. The story is based on the comic book of the same name, and the original intention was to create an animated film. That choice may have worked and would have avoided some of the major issues of this version. Lucas reportedly made the choice to ditch the animated idea and use effects from his company Industrial Light & Magic. That move increased the budget to astronomical heights and limited the chances for this adaptation. 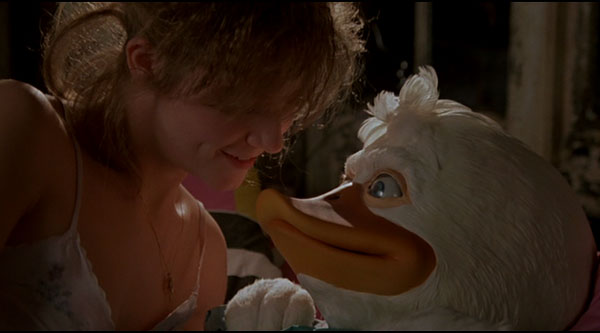 Looking at it today, what aspects of this movie really don't work?
The idea of a talking duck stuck on Earth is the concept for a kids’ movie, but the uneven tone doesn’t match that idea. Howard gets a job at a sex parlor, and it reminds me of how different PG movies were in the ‘80s. There’s also a bizarre scene with Lea Thompson seducing Howard in her underwear. Even within the context of the movie, it isn’t possible for this moment not to feel ridiculous. There’s a silly “fish out of water” story hidden within this mess, but the poor execution just exacerbates the issues. Instead of focusing on Howard’s strange experiences on Earth, there’s a surprising left turn that concludes with a battle with a giant stop-motion monster. Similar to Super Mario Bros, the awkward tonal shifts are head-scratchers for such an expensive studio film. Also, there is no way that a movie like this should be 110 minutes. There’s barely enough material to cover an hour and a half! The final act goes on for too long and loses any possible goodwill. 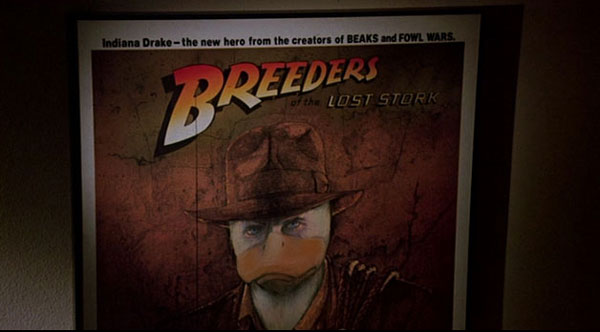 Are there parts of this movie that actually work?
I will admit that watching Howard the Duck for the first time was a fun experience. It’s enjoyable to watch such a disaster and wonder how anyone felt it would succeed. Lucas reportedly thought it was his ticket out of debts from the Skywalker Ranch. Looking at positives, the opening scenes on Howard’s planet include many clever nods to classic movies. The production designers obviously had a blast showing the commercial parodies that are just slightly different than Earth. There’s also a certain charm to the ugly cities depicted in many films from the ‘80s. Beverly’s band plays at a nightclub with a fence in front of the stage, and the grisly neighborhoods fit the tone of that era. The cheesy music also has some appeal, particularly the goofy title song partially written by George Clinton. Few scenes really work, but it’s such a strange production that it’s rarely boring. 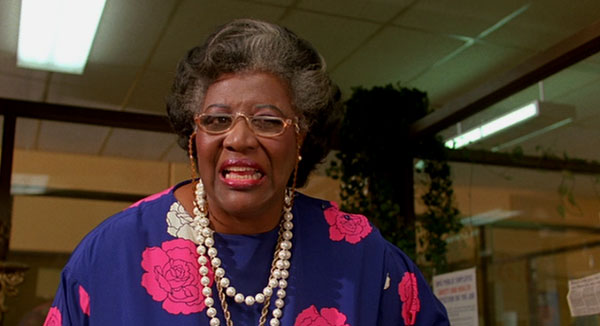 What are some of the most memorable scenes?
Beyond the crazy seduction scene that I mentioned earlier, there are other silly moments that are worth discussing. After deciding he doesn’t need Beverly’s help, Howard decides to get a job and visits a placement agency to get employment. Virginia Mays plays the over-the-top secretary so big that she nearly overtakes the entire screen. Speaking of big, Jeffrey Jones gets plenty of chances to ham it up once he’s overtaken by the alien creature. There’s a diner scene that takes advantage of the humorous possibilities of the situation, and Jones goes for it. Returning to the final battle, it feels like it should be in a different movie. This is clearly an exercise in cramming special effects into a story that doesn’t need it. There is zero suspense even when everyone is facing dire peril. 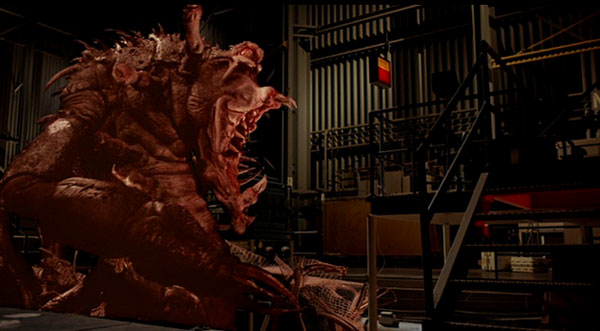 In his book My Year of Flops, Nathan Rabin rated each movie as a Failure, Fiasco, or Secret Success. Using that system, where would I rate this flop?
If any movie fits the definition of a Fiasco, it’s Howard the Duck. Given the many disappointments of George Lucas in recent years, it makes me wonder if the problems started here. American Graffiti, the original Star Wars trilogy, and Raiders of the Lost Ark had already happened by 1986. This film completely miscalculates what plays with an audience and tries to please both adults and kids at the same time. Even if this was a better movie, I can’t see a scenario where a live-action movie about a talking duck would do well. Lucas may insist that it’s an unappreciated gem, but this is delusional thinking. The fact that the careers of Tim Robbins and Lea Thompson basically survived this movie is an impressive feat. Director Willard Huyck and Producer Gloria Katz were not so lucky.

Next week, I’ll visit a time when Ben Affleck was just an actor and check out Gigli.
Film Review