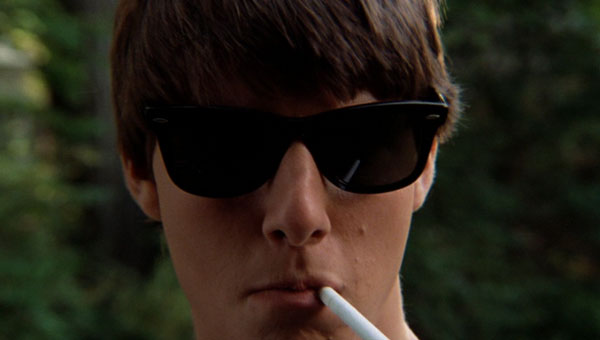 Tom Cruise returned to the celebrity gossip world recently after his separation from Katie Holmes. He also starred in the musical Rock of Ages, which I avoided with many other moviegoers. It's merely a coincidence that I decided to check out an early Cruise role to close out this marathon. I'm generally skeptical of sex comedies, which don't seem to age well. What drew me to this movie was its status as an '80s standard nearly 30 years after its release. Risky Business includes several iconic scenes that remain in the pop culture consciousness today. Will it hold up as a film when you look beyond those moments? Let's check out the questions before my fancy sports car slides into the river!

So, what’s the movie about?
Joel Goodsen (Tom Cruise) is a high-school senior trying to get ready for college. He's obsessed with hooking up with girls and dreams about his difficulties in that arena. When his parents go on vacation, he calls a prostitute and gets a visit from Lana (Rebecca De Mornay). She doesn't seem like your typical lady for hire, and random circumstances push them together. The straight-arrow Joel starts taking more chances, which leads to a possible financial disaster. Desperate to raise money and solve the problems, Joel and Lana enact a daring plan to offer valuable services to his friends and classmates. Disaster lurks around every corner, but Joel's having such an adventurous time that he barely notices. 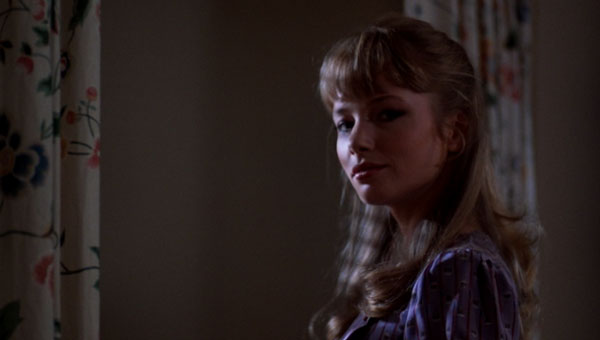 Does the story hold up well today?
The quest of teen boys to have sex remains prevalent today, which gives this movie staying power. It's basically a wish-fulfillment fantasy where a normal guy breaks the rules and gets away with it. I expect that many viewers can identify with Joel's goals. The difficulty is the inherent sexism in the way the camera depicts Lana and the other girls. We're mostly seeing the events from his point of view, so it's possible the reality is much different than what's being shown. That reading probably gives too much credit to Writer/Director Paul Brickman (Men Don't Leave) for delivering more complexity than expected. He's created an offbeat fairy tale where the girls mostly appear to serve the guys' needs. That doesn't make Risky Business dated but raises some questions about what it's trying to say to the audience. 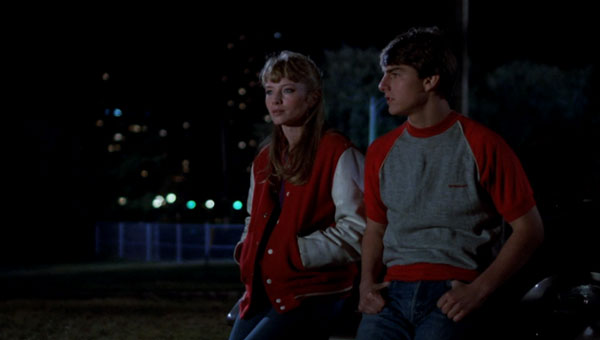 What are the signature moments that embody the ‘80s and its movies?
There are two obvious scenes that appear on '80s clips shows, and neither really holds up to that high standard. The first is Tom Cruise dancing in his underwear to Bob Seger's "Old Time Rock 'n' Roll", which is short and inconsequential. My reading could be tempered by the fact that I strongly dislike that song. It's been overplayed at weddings and sporting events, and I'm ready for it to go away. The other famous moment is Lana and Joel having sex on a deserted late-night train. The sweet sounds of Phil Collins' "In the Air Tonight" sets the mood while they prep for the risky business. The most entertaining part is a creepy drunk guy who stares at them for an eternity. Joel eventually puts him on a bench at a nearby station. Let the fun begin! I understand why this scene remains well-known. Da Mornay takes charge and owns the screen, and it furthers the fairy-tale qualities. Joel couldn't imagine he'd reach this point, and we've definitely moved into a Hollywood dreamland. 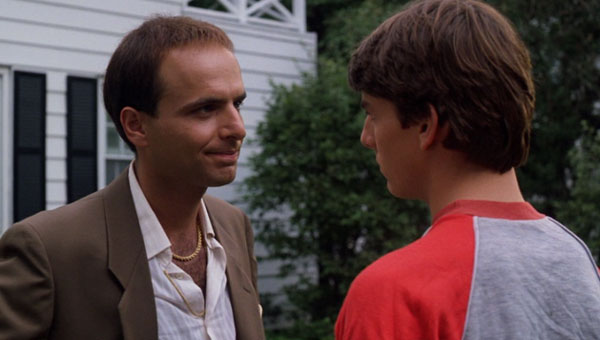 What performances stand out as remarkable and/or ridiculous?
The cast includes plenty of familiar faces, including Bronson Pinchot as Joel's pal Barry. He isn't given much to do but receives considerable screen time in his first movie role. More prominent in the story is Curtis Armstrong as Miles, who convinces Joel to take the plunge in the first place. While he's still primarily known for his role as Booger in Revenge of the Nerds, Armstrong has built a solid career since this debut appearance. One of this film's more enduring aspects is discovering many young talents and giving them a chance. Cruise had four credits but was hardly a household name at this point. He was 21 at the time and seems too old to play Joel, but Cruise finds a way to convey his wide-eyed innocence. De Mornay was two years older but just getting started in movies. This remains one of the signature roles of her career, which is too bad. Finally, Joe Pantoliano plays the role he was born to do as a devious pimp. Although he might seem like a loser, the aptly named Guido has some tricks up his sleeve. 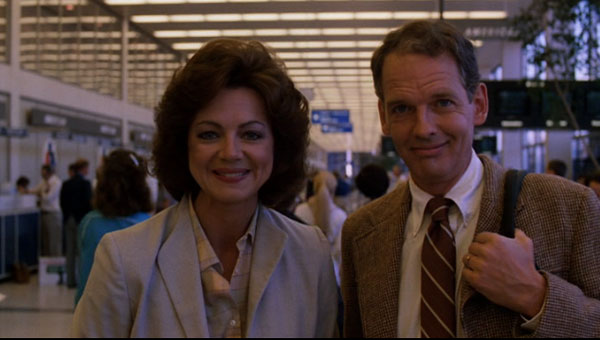 What are some of the most memorable scenes?
My favorite comic moment is watching Joel struggle mightily to keep his dad's Porsche from rolling into a lake. It works because Brickman is putting the screws to a character who's gliding too easily through this tricky situation. There's an added bonus where he reveals a glint of hope for Joel and then pulls the dock out from under him at the last moment. I was hoping for more of this mayhem and less generic teenage sex talk. Brickman walks the line between comedy and drama and pulls it off in moments like this one. The dream sequences have their inspired moments, particularly with a horde of onlookers catching Joel hooking up with the babysitter. Having his parents shout "get off the babysitter" through a megaphone brings just the right level of strangeness to the fantasies. 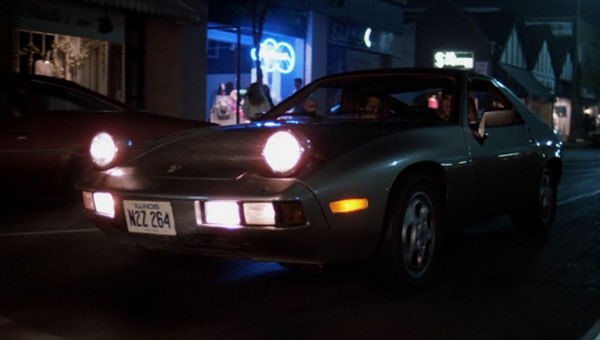 Have I really missed anything by not seeing this movie?
Although I wasn't blown away by Risky Business, I think it's worth catching because of its status as a signature '80s movie. It also offers an interesting early glimpse at Cruise and others while they're just getting started. The story veers a bit too close to a guy's wish-fulfillment fantasy for my tastes, but it never goes over the edge. I could make the case that the entire movie is a dream created by Joel to escape his humdrum life. His interactions with Lana, Guido, and the other girls don't veer that much from the fantasy sequences. I don't believe that's Brinkman's intent, but it makes for an interesting reading.
Film Review