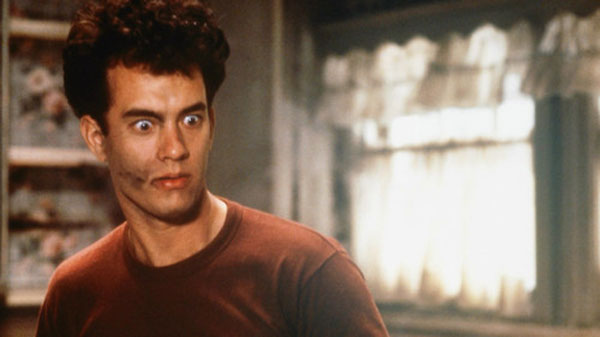 Anyone who lives in an older house (and even newer ones) has that feeling of living in a money pit. Major repairs are needed at the least opportune time, and few upgrades are cheap. Our house was built in 1930. It's in fairly good shape, but random issues arrive that weren't on our radar when we bought the house in 2008. This week's pick is The Money Pit, Richard Benjamin's comic look at an extreme case of a house with serious issues. While I doubt few people have experienced destruction on this scale, the chaos isn't completely foreign to many home owners. This ridiculous story was written by David Giler, who's been involved as a writer and producer in the Alien franchise. He did pen the screenplay for the original Fun with Dick and Jane in 1977, which shows a comic background.


What’s the movie about?
Walter (Tom Hanks) and Anna (Shelley Long) are a young couple ready to take the next step and get married. They're looking to buy a house and check out a mansion with a jaw-dropping low price. They should know better, but they can't resist such an enticing scam. After moving in, they quickly realize that this house is a lemon. The infrastructure is missing, and the attractive fixtures have deteriorated to almost nothing. Walter and Anna try to rehab the house, but the crazy situation may be too much for them. Her ex-husband Max (Alexander Godunov) has re-entered the picture and wants her back. When things go sour with Walter, the decrepit house becomes a metaphor for their struggling relationship. 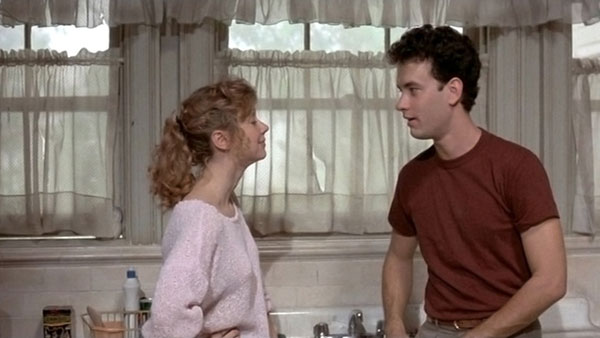 Does the story hold up well today?
The Money Pit is a product of the '80s, when high-concept comedies became the norm. There's no question we're firmly in the middle of that decade. The relatively cheap production relies on its stars to sell the material. Your enjoyment of this movie will rest on your ability to accept the cheesy situations. There's plenty of slapstick involved in the gags, even the more clever ones. I'll admit that watching the mysterious sludge come out of the bathtub did induce a chuckle. The acting is over the top, particularly from Hanks, yet it fits this world. I liked some of the most inspired comedy, but I can't say it doesn't feel dated. The nostalgia factor plays a major role in how much it's going to work overall.

What are the signature moments that embody the ‘80s and its movies?
Unlike Pretty in Pink, this movie hasn't developed a broad fan base. It has its share of devotees, but there aren't iconic moments that place it among signature comedies. One of the most interesting parts is seeing Hanks working in his early comic style. This performance connects more with movies like Splash and Bachelor Party than recent work. Hanks sells the crazier material and keeps it from going off the rails. It's easy to forget that he was sharp physical comedian before he ventured into drama. 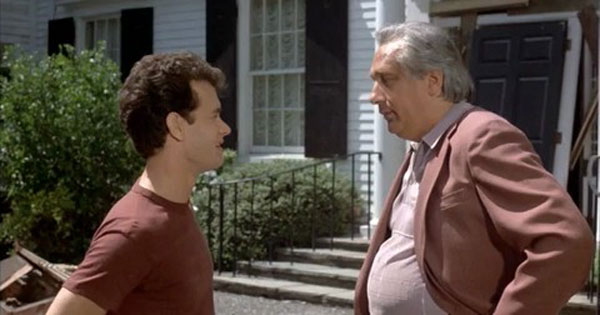 What performances stand out as remarkable and/or ridiculous?
Shelley Long has proven she can do comedy in Cheers and many films, but she's unconvincing here. Her past relationship with Max, aka "The Maestro", doesn't make sense and delays the main story. Looking at the supporting cast, Phillip Bosco (Damages) shows up as Curly, the leader of a shady repair group. Yakov Smirnov makes a brief appearance, and Joe Mategna even joins the fun as a contractor. It's an odd cast, but none can compete with the house itself. The massive destruction takes center stage and carries the movie.

What are some of the most memorable scenes?
Although I wasn't blown away by The Money Pit, there were some great moments. My favorite is seeing Hanks sink into the quicksand-like floor. It's a ridiculous scene, but the image of his body split in half by the floor is inspired. Another fun sequence involves the staircase quickly disintegrating while he scrambles to reach the top. There's plenty of destruction throughout the movie, and most of it involves Hanks. Walter's reduced to near insanity by the setbacks, including watching the bathtub fall through the floor. Throughout the mess, Walter and Anna still love the place. It spoofs the mania of wanting a house no matter how ridiculous it ends up being. It's the American dream, so it must work out! 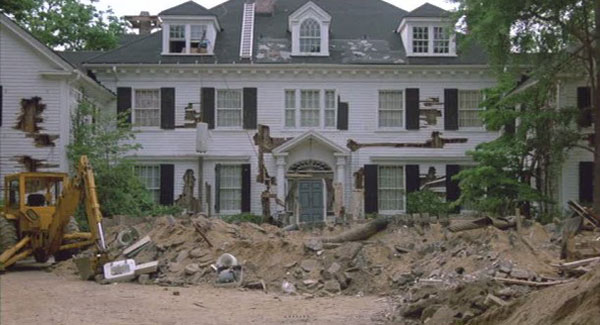 Have I really missed anything by not seeing this movie?
The Money Pit provides solid entertainment but didn't stick with me very long. Specific moments stand out because of the over-the-top physical comedy, and that makes it worthwhile. It's not a movie that I plan to revisit anytime soon, but there are some clever scenes. I'd classify the role as "lesser Hanks", yet even that has some good humor. If nothing else, it exists to make any issues with our house seem pretty minor indeed.

Next week, I'll join Val Kilmer and find out who's really the Real Genius.
Film Review