Following the success of In the Mood for Love, expectations were high for its follow-up 2046. Characters from Wong Kar-Wai's previous movies, particularly Mr. Chow (Tony Leung Chiu Wai) from that film, would be returning. For a director who loves crafting mysterious stories that twist in upon themselves, this might be his most intricate creation. Despite the title, it doesn't actually take place in the year 2046 but includes futuristic elements within a fictional story. The setting is Hong Kong in the late '60s for another jaunt with characters struggling to connect. The result left some viewers disappointed or confused, but it's this same intrigue that makes the film so memorable. Let's check out the questions below to find out if Kar-Wai has created a worthy successor to his true classic.

Still struggling after his failed relationship with Su Li-Zhen (Maggie Cheung), Chow returns to Hong Kong after time in Singapore. He decides to only get involved in short-term, loveless relationships with women. His most frequent companion is Bai Ling (Ziyi Zhang), a wild young woman who understands their connection. Complications ensue when she wants more than sex and a drinking partner. Chow spends much of his time writing a futuristic story. Although he's covering androids and a futuristic setting, the characters have similar feelings to his life. Chow also meets a woman also known as Su Li-Zhen (Gong Li) back in Singapore, and she helps him get back to Hong Kong. The events appear out of order, with the connective tissue being Chow's inability to rejuvenate his former romantic self. 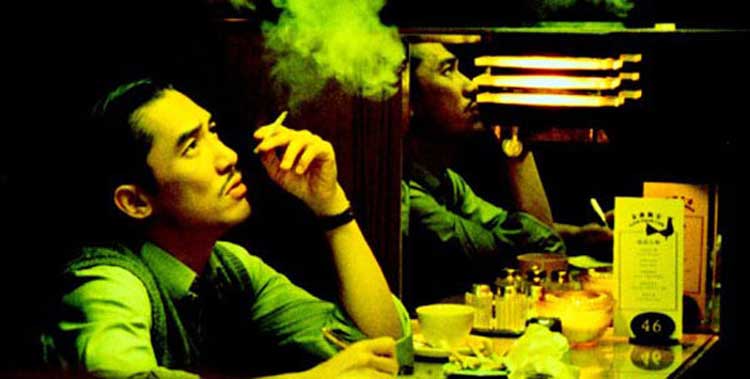 Once again, Kar-Wai is portraying lonely individuals who are trying to connect with others in their own way. While In the Mood for Love showed two people unwilling to go against the restrictions of society, this film has characters with their own personal barriers. Chow and Bai Ling can have passionate sex as much as they want, but their relationship is stuck in neutral. He's been permanently scarred by his past failures and isn't willing to take another chance. She's trapped in a circular pattern of longing for an emotionally unavailable guy that's becoming destructive.

In his fictional story, Chow describes a female android that acts like a human but doesn't respond when the main guy asks her to run away with him. Her limitations match those of Chow, who isn't capable of forming a true bond with another person. The second Su Li-Zhen in Singapore recognizes this barricade and refuses to get involved in an unfortunate relationship. 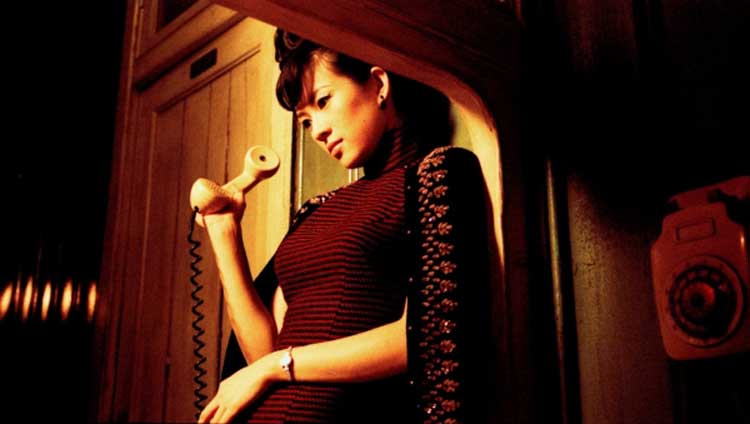 This type of complicated story would be too much without a talented cast to keep us engaged. Tony Leung gives possibly his best performance and does most of the heavy lifting. His character isn't a likable guy and treats women poorly, yet we stick with him because it's Leung. We spend a lot of time in Chow's head, especially while he's writing the stories. He's matched by a stunning performance by Ziyi Zhang (Crouching Tiger, Hidden Dragon), who creates a fiery character that dominates the screen.

It's clear from the start that their relationship isn't going to work, but they're still a magnetic couple. Pop star Faye Wong (Chungking Express) also does excellent work as Wang Jingwen, the daughter of the hotel owner. Her moments with Chow remind us of  In the Mood for Love, especially while he's crafting his stories. She loves another guy and they never find romance, but this bond feels more genuine than his other liaisons.

2046 is one of Kar-Wai's most impressive visual films, particularly during the futuristic sequences. Those are gorgeous collages of color that would feel right at home in an art-museum exhibition. It's also one of his most ambitious films and includes plenty of exciting stylistic moments. Even simple events like a group of people eating dinner together are shot with major flourishes. This may take some viewers out of the movie, but it keeps the story interesting even when little is happening.

Like many of Kar-Wai's films, it ends up being a collection of good scenes more than a straightforward narrative. The middle segments with Chow and Bail Ling are filled with the energy of a burgeoning relationship. They hit the town with full force and enjoy every minute, and these scenes kick the momentum into high gear. There's a sadness beneath the surface because their relationship is certainly temporary, but it doesn't kill the energy from these scenes. 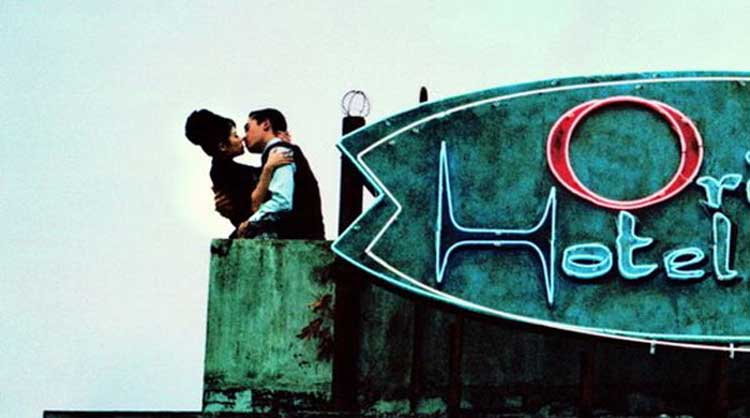 Although it's an impressive film, 2046 suffers in comparison to its remarkable predecessor. It isn't fair to judge this movie on that basis, but it's worth nothing because some viewers were disappointed that it didn't reach that pinnacle. Regardless of these issues, it still provides an intriguing group of characters who connect with the themes of Kar-Wai's entire career.

Leung's steady performance keeps everything together into a coherent whole despite the narrative leaps. We do feel the length of the 129-minute feature, which doesn't typically happen. The saving grace is the visual style, which matches his best work and earns this film a strong recommendation. Kar-Wai's ambition is on full display and continues to stretch the visual boundaries of the medium.