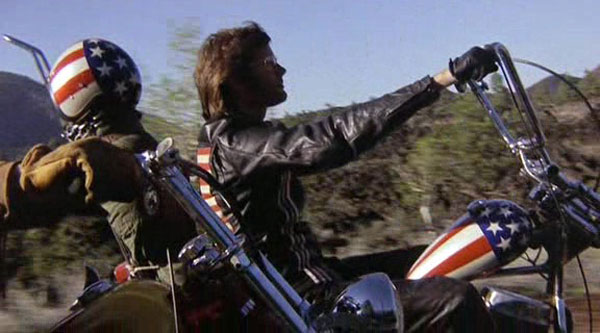 Standing alongside Bonnie and Clyde and The Graduate, Easy Rider is an iconic film that embodies a worldview from a specific time period. Earning a remarkable $41 million at the box office, the low-budget road movie remains well-known today. The latest version of the American Film Institute's 100 Movies list places it at #84. While I don't put too much stock in those rankings, it's interesting to note its staying power. The movie is trapped in the late '60s, yet its themes of being free and stepping away from society remain with us. It's a definitive example of the New Hollywood and gained extra notoriety for its tumultuous production. Director Dennis Hopper clashed repeatedly with the crew, and most of the drug use on screen was real. I've resisted this movie for a long time, so this List of Shame series has finally pushed me to check it out. Will I pack up my bags and head out in the countryside? Let's get to the questions while I get the camp fire ready.

So, what's this story about?
After completing a drug deal, Wyatt (Peter Fonda) and Billy (Dennis Hopper) are flush with cash. They hop aboard their motorcycles in California and start a long journey to New Orleans for Mardi Gras. Along the way, they meet up with some hippies at a commune, pick up small-town lawyer George Hanson (Jack Nicholson), and dodge close-minded rednecks. Their days are spent on the endless roads of the American countryside, while the nights include drugs and chatter around the campfire. By the time they get to New Orleans, it might not be such an idyllic spot for the outsiders. While they aim to be free, these guys may have problems escaping the confines of the dominant system. 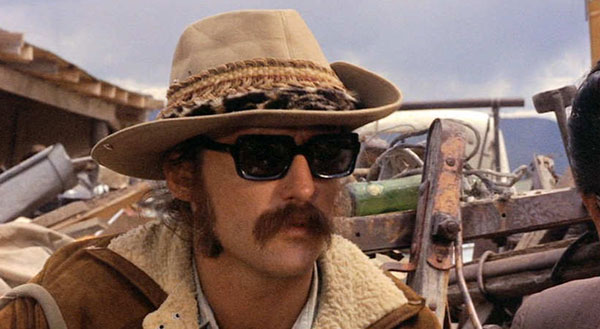 Why has it taken me so long to see this movie?
Honestly, watching hippies taking drugs and riding motorcycles didn't sound like a thrilling movie. It seemed like a relic that wouldn't offer much to me today. The clips of Hopper stumbling around New Orleans and their campfire chats looked pretty dull. I acknowledge this wasn't a fair assessment. It was on my radar as a film that I should see, but I kept finding reasons to avoid it. This was an obvious choice for this series because I'd resisted many chances to seek it out in the past. In one sense, my expectations were correct, but they also simplified an interesting and pretty depressing look at the future of this country. 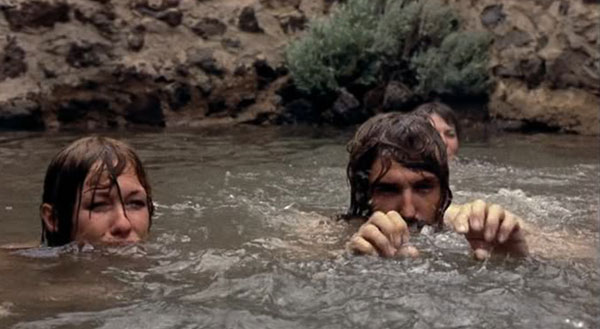 Does the story hold up well today?
This is a tricky subject because it depends on which aspect of the story is the focus. Looking specifically at the styles and manner of speaking, Easy Rider is locked into its late-'60s era. On the other hand, Wyatt and Billy's motivations are pretty universal. Like so many disaffected groups over the years, they're looking to step apart from the conventional society. Their success in actually fulfilling that goal is another story. All they really do is ride around and do a lot of drugs, culminating in an LSD trip at St. Louis Cemetery in New Orleans. By that point, it's difficult to take their honorable intents too seriously. Considering the counter-culture themes, it's interesting that Wyatt goes by Captain America. His jacket includes a giant American flag, and he seems fairly positive about what people can do. This isn't an ironic outfit designed to get a laugh, which would be the case today. In a weird sense, he expects too much from this country and is destined for grave disappointment. Are the characters believable and fully drawn?
The story focuses mostly on the leading duo, though many others enter and leave the scene. Peter Fonda is perfect to play a laid-back biker, and he's the moral center for the movie. This Christ-like role could easily feel heavy-handed, but he underplays the big moments. On the other hand, Hopper stumbles through the movie and seems as lost as his character. He's the right guy to play the more volatile Billy, but it doesn't make him very interesting. The supporting player who steals the show is Jack Nicholson's George, an eccentric lawyer along for the rider. The image of him wearing a football helmet on the back of Fonda's motorcycle is priceless. Nicholson gets the best lines and doesn't waste them in this star-making role. He's only around for a limited time but sticks with you more than anything else. The neurotic but well-meaning George is the right part for an actor who plays crazy better than anyone. It's sad that the female roles are so inconsequential; they're reduced to prostitutes and hippies looking to hook up with the leads. Hopper and Fonda might have idealistic views of America, but they fall short with the opposite sex. 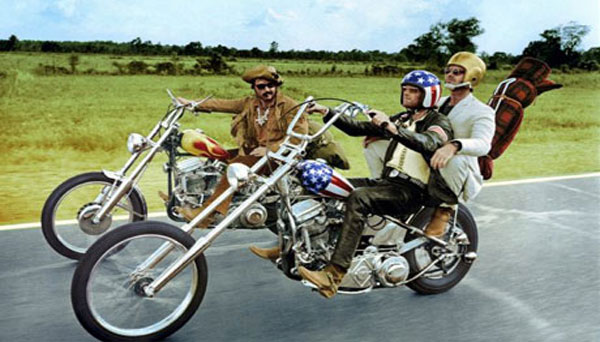 What are some of the most memorable scenes?
The first act spends a lot of time on Wyatt and Billy riding while rock tunes blare on the soundtrack. Everyone remembers "Born to Be Wild" by Steppenwolf, which is strongly identified with this movie. When you combine that with songs from Jimi Hendrix, The Byrds, and other prominent artists, you have what amounts to a '60s version of a music video. While those iconic moments stick with you for a while, it isn't enough to carry an entire movie. The other major scene is the final campfire talk where Fonda utters the famous "we blew it" line. There are several ways you could read this statement. On a basic level, he's saying that Wyatt and Billy have wasted their time and money on drugs and prostitutes. I believe that's too simple. The next step is indicting the entire hippie generation, which had a chance to make a difference and failed. If you want to go another level, Fonda could be summarizing the U.S. itself. Has this country become a corporate, uncaring mess? Regardless of its meaning, it doesn't completely make sense in the direct context of their discussion. It's like he knows what's to come and is just foreshadowing their inevitable demise. 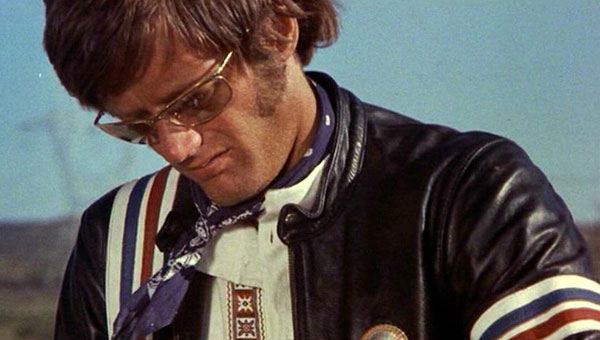 How does this beloved film live up to the hype?
Unlike earlier choices like In the Mood for Love and Once Upon a Time in the West, my expectations weren't as high for Easy Rider. Like I explained above, my reservations about seeing it were pretty high. In one sense, it's an entertaining movie with engaging themes and several interesting characters. I don't expect to return to it any time soon, however. I understand why it's become such a cultural linchpin, but it also meanders into fairly dull territory. There's a point where their goofball behavior starts getting irritating. Even so, the downbeat ending is stunning and avoids getting overly sentimental. The dominant society wins the day, and loners stepping away from the fold are proceeding at their own risk.
Film Review