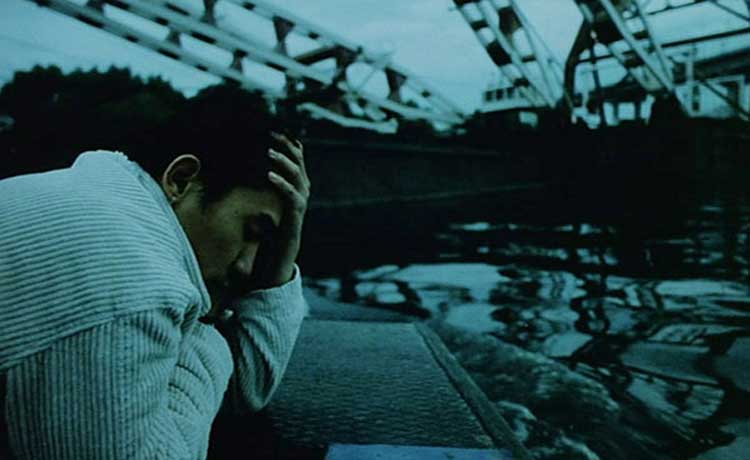 One of the main reasons I decided to dig further into Wong Kar-Wai's filmography was my enjoyment of the wonderful In the Mood for Love. That 2000 film includes a minimal number of characters and depicts unrequited love in a fascinating way. He delves into their personalities with minimal dialogue and a surprising lack of melodrama. I mention this because this post focuses on a similar film in terms of its focus on a few individuals and a difficult romance.

Released in 1997, Happy Together steps back from the more stylish presentation of Fallen Angels and takes an intimate look at struggling characters. Lai Yiu-fai (Tony Leung Chi Wai) and Ho Po-Wing (Leslie Cheung) have traveled to Argentina from Hong Kong and seem happy there. The two guys quickly devolve into bickering and break up, but this is just the beginning. Lai takes menial jobs as a doorman or in a kitchen, while Ho goes out at all hours and picks up other men. Their relationship is dysfunctional and seems ready to dissolve permanently at any moment. Working at the kitchen, Lai befriends Chang (Chang Chen), a Taiwanese guy who seems interested in becoming better friends. He might offer respite from the volatile Ho in this foreign environment. 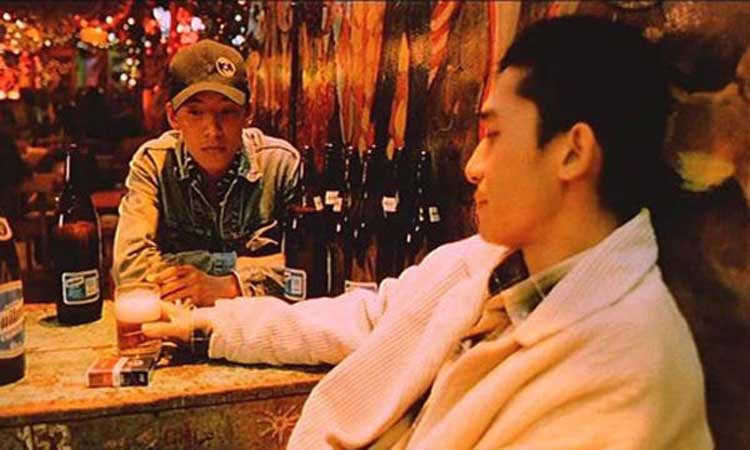 Although the focus is the degeneration of a relationship, Happy Together also shows the loneliness felt by characters living far from home. It's never stated explicitly, but we never really see Lai content until he heads back towards his country. Ho is his one connection to Hong Kong, and once that tie is severed, he drops quickly into a sad state. Kar-Wai's characters regularly feel out of place in their surroundings, even when they're living closer to home. They've often lost the ability to truly connect with other people. Lai discovers a friendly soul in Chang, but he's guarded and isn't sure how close to get. He also isn't sure about Chang's sexuality and is trying to avoid an awkward conflict. Lai repeatedly holds back and avoids the major issues, which is why he keeps letting Ho re-appear in his life.

The three main characters all have depth and avoid falling into a specific type. We spend the most amount of time with Lai, which aligns our sympathies with his plight. It also helps that he's played by Leung, who's very likable. Even when he's treating others poorly, we typically side with him. On the other hand, it's really hard to find anything to like with Ho. He drops Lai when he gets bored and then comes back to him when he falls into hard times. He's young and wants to party with other guys but needs the security.

Ho takes advantage of Lai and doesn't seem to realize the harm he causes. It's only when Lai's finally left that his sad state makes sense. Cheung plays this scene really well and knows how to play this type of character. Ho's behavior has a lot of similarities with the self-centered Yuddy in Days of Being Wild.  The energy picks up after Chang arrives on the scene. He brings life that's missing from the central relationship.

This film gets off to a pretty slow start and meanders for a while, and the best scenes generally appear in the second half. The most effective sequence involves Chang's last night in town. He guzzles many beers with Lai at a local club, and they're just hanging out and having fun. A surprising moment comes when Chang hands over his tape recorder and asks his friend to leave him a message. All of Lai's bottled emotions come out as he tries to express his feelings, and he can't do anything but cry. Leung plays this moment perfectly and doesn't overplay the raw emotion. The final act following this scene is excellent and really lifts the movie as a whole. Lai goes to the massive Iguazu Falls, while Chang visits a lighthouse at the lowest point in South America. The momentum builds towards an convincing finale that lacks the claustrophobia of the opening act. 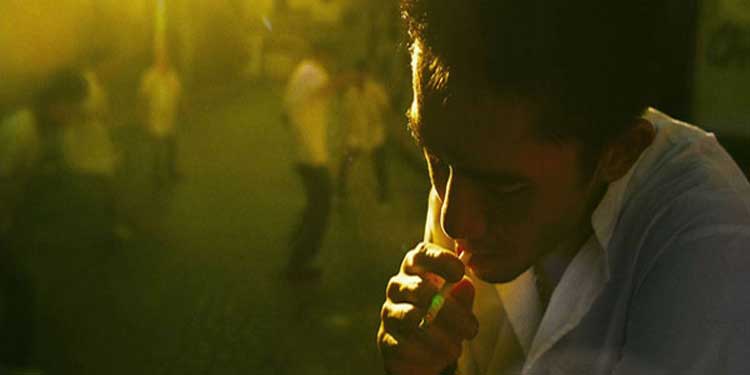 Happy Together ranks in the bottom half of the Kar-Wai films that I've watched thus far, but there's still plenty to like. I've yet to mention the consistently stunning work by Cinematographer Christopher Doyle, who frequently collaborates with Kar-Wai. The story opens in black-and-white, which enlivens the frustrating early scenes with Lai and Ho. When it transfers to color, it loses none of its effect despite some mediocre sequences. Kar-Wai is focusing on the darker side of ongoing relationships that can't seem to end despite the obvious problems. The characters are believable, but their interactions lack the crackle of his best work. It's definitely a noteworthy film in his career and worth seeing, but it's missing those extra touches that would place it on the upper tier.