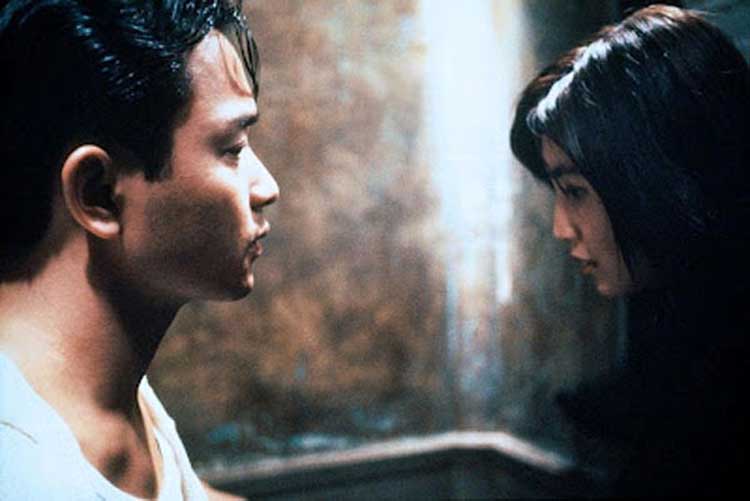 I finally caught up with Wong Kar-Wai's In the Mood for Love in March, and it was even better than I expected. Inspired by my enjoyment of that film, I've decided to go back and check out a good portion of the Chinese director's career. Thus far, the only other choice that I've seen is Chungking Express (also great), so there are plenty of options for this series. This week, I'm heading back to 1990 for his second film Days of Being Wild. This acclaimed movie appears in the top five of several rankings of the best Chinese films of all time. Let's check out the questions and see how it compares to his other films!

In 1960, Yuddy (Leslie Cheung) finds it easy to charm the ladies but gets little enjoyment once they've fallen for him. The shy Su Li-zhen (Maggie Cheung) struggles to deal with his callous behavior, while Mimi (Carina Lau) steps in and becomes his girlfriend. Yuddy has issues with his adoptive mother (Rebecca Pan), who refuses to reveal the identity of his birth mother. Meanwhile, Su Li-zhen starts spending time late at night with Tide (Andy Lau), a cop sympathetic to her problems. He's the opposite of Yuddy and starts to have feelings for her. When Yuddy finally gets the chance to search for his birth mother, his trip goes much different than expected, with unfortunate consequences.

As the title suggests, Days of Being Wild portrays the recklessness of young adults with love and other life decisions. Yuddy's seems charming on his first glance, but his personality changes dramatically with each passing day. He doesn't care about the negative impact his actions have on the women in his life and blames his mother for everything. She's hardly a saint and deserves a bit of scorn, but she also supports his lazy lifestyle.

Yuddy's careless demeanor comes from the way he grew up, and he takes little responsibility for anything. On the other hand, we see two different visions of the difficulties faced by young women in 1960s China. Su Li-zhen works a mundane job and is getting pushed out of her place by relatives. She doesn't have an easy opportunity to improve her life, and this just exacerbates Yuddy's rejection. Mimi is a much louder personality and works as a dancer, but her brash behavior masks serious concerns inside. She tries to stand up to Yuddy and match his nastiness, though it's clear she cares more beneath the surface.

These are interesting people because we spend a great deal of time with them, but we learn very little. The one exception is Yuddy, who's unlikable but never boring. His journey drives the story, which makes sense but can be difficult when he's repeatedly acting poorly. A character like Su Li-zhen is fairly thin, but it works because Maggie Cheung sells the character. She was 26 years old at the time and well into her career, and the confidence shows even when Su Li-zhen is acting with little bravery on screen. The most interesting secondary character is Tide, who brings a quiet grace to the cop. He longs to be a sailor and finally takes that route, though the result isn't quite what he hoped. Andy Lau is a superstar but never overdoes the role and allows the story to flow smoothly.

Although Yuddy's frustrating, he does provide some great moments during the first hour. The initial seduction of Su Li-zhen is an excellent scene and reveals why she'd fall for him. Once he gets them in his grasp, they continue to want him even when he rejects them completely. Yuddy does have a charming moment with him dancing happily that nearly redeems the character. This is a signature Kar-Wai moment and mirrors scenes we'll see later in Chungking Express. My favorite sequence involves the nighttime strolls with Su Li-zhen and Tide. She spends a large amount of their time together complaining about Yuddy, but he just listens and engages with her as an equal. Their interactions are sweet and differ considerably from much of the movie. 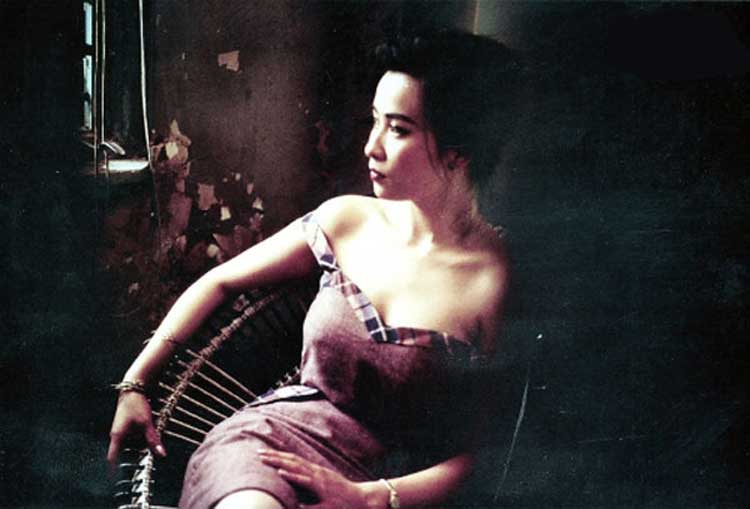 Days of Being Wild is Kar-Wai's second film, but it already shows the promise of the talented filmmaker. The story is a bit rougher than his two classics that I've seen, but that's a minor setback. There are many sequences that rank with his best work, particularly a scene near the end where Yuddy tries to buy a passport from shady guys. Kar-wai combines music with a moving camera to build excitement in even the most straightforward sequences. Another connection to the other movies is the cast, which includes actors like Cheung and Rebecca Pan who appear in In the Mood for Love. Tony Leung Chi Wai also shows up for the final scene, which sets up a sequel. While that never occurred, he would show up as a character of the same name in future Kar-wai films.