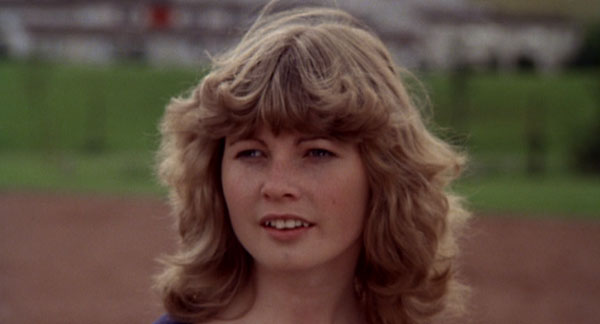 When I chose this marathon, I hoped to receive suggestions for movies that were completely unknown to me. The suggestion of the 1981 Scottish comedy Gregory's Girl came from Dan Hughes of the Midnight Movie Club podcast. Dan and his co-host Lee discuss their latest geeky pursuits and classic films from the '80s and '90s. Recent podcasts have covered the Batman films, Star Trek movies, and the classic Big Trouble in Little China. I actually appeared with Dan on my first LAMBcast, where we discussed some fun Top 5 lists. During that show, he briefly mentioned Gregory's Girl as a signature British movie. I knew little about it going into this viewing, beyond a few threats of physical harm from Dan if I trashed it. Should I worry about my well being?

What's this story about?
Gregory (John Gordon Sinclair) is a goofy Scottish teenager who doesn't seem to mind his athletic shortcomings as a soccer player. His life's thrown upside down by the arrival of Dorothy (Dee Hepburn), a confident girl who has no problems with schooling all the boys on the soccer field. He's immediately smitten with her, even though she's way out of his league. He's awkward with girls but remains convinced they're meant to be together. To the amazement of everyone, Gregory asks out Dorothy and gets a date. They don't seem like the right match, but the unpredictable night is full of surprises for the unsuspecting lad. 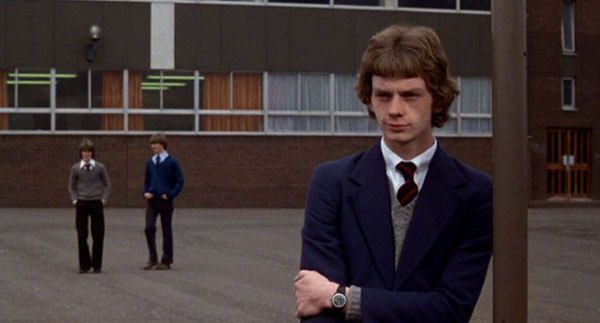 What are the major themes, and how do they connect to the key issues of that time?
Shot on a minimal budget, Gregory's Girl remains highly influential, particularly to filmmakers like Wes Anderson. Although this story's tone lacks the rough edges of Rushmore, there are plenty of connections with that movie. The look of the costumes and the overall feeling of the schools are very similar. Gregory doesn't share Max Fisher's love of extracurricular activities, but they both are striving to attract a girl who's way out of their range. A recent companion film is Richard Ayoade's Submarine, which has a female lead (Yasmin Page) who looks strikingly close to one of the pivotal girls in this story. It also takes a less idealistic perspective on romance, but the style owes a lot to this movie. It came out of nowhere in 1981 and became a big hit in Great Britain. Writer/Director Bill Forsyth won the BAFTA award for Best Screenplay, and it's considered one of the classics from that country to this day. 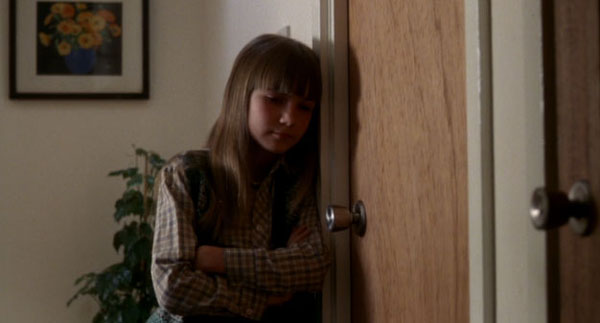 Are the characters believable and fully drawn?
One of the main reasons for this film's success is its down-to-earth portrayal of teenagers. Unlike the quote machines who dominate this genre today, these guys are believably awkward. They begin the movie peeping at a woman undressing through an open window. It's a scene that could easily go wrong, but it works because it's presented in a direct fashion. Gregory's a likable guy, and his laid-back attitude makes him easy to follow. He's pushed to goalie out of his former spot by Dorothy, and many films would use this shift to create unnecessary conflict. This change means nothing to Gregory, who lacks the competitive drive to win. While this baffles his coach, it makes him a lot more likable as a character. He's just a romantic kid taking a risk despite the low odds of success. Another fun character is his 10-year-old sister Madeleine (Allison Forster), who's eons ahead of her brother in understanding romance. While this type of witty youngster is common in this genre, she does a lot better than most examples. 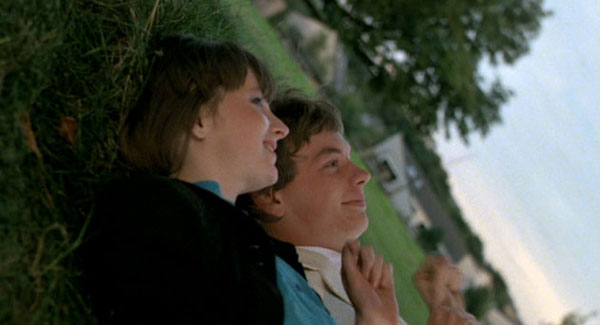 What are some of the most memorable scenes?
The final act of Gregory's Girl is what pushes it beyond the typical teen romance. His utter confusion when multiple girls keep showing up instead of Dorothy is priceless. Once Susan (Clare Grogan) finally arrives as his actual date, their scenes are easily the best in the movie. Looking back, it's clear that Forsyth has set up her interest in him with a few brief moments. They're a much better pair that Gregory and Dorothy, who seems too mature for almost any teenager. She's focused on soccer and lacks the sense of fun that's needed to match up with him. With her striking black hair cut and laid-back attitude, Susan is the perfect companion for Gregory. It also helps that she likes him, and watching them interact is charming. Regardless of what happens in the future, they've shared a great moment and have a positive outlook as a couple. I have to mention his buddies Andy (Robert Buchanan) and the nearly silent Charlie (Graham Thompson), who keep seeing him with a different girl and getting confused. They're hoping to go to Caracas because of an excellent woman-to-man ratio. These efforts fall flat, but the hapless guys provide great comic relief. Charlie seems right out of a Wes Anderson film and brings a lot of silliness with limited dialogue. 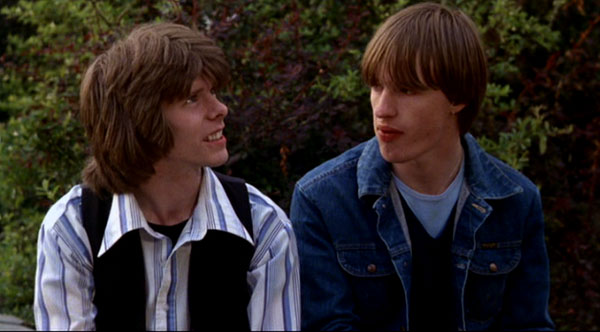 How’s the direction? Is there an original vision?
This was my first experience seeing a Bill Forsyth film, who went on to direct the highly regarded Local Hero and Housekeeping. He also created a sequel to this movie called Gregory's Two Girls in 1999, but it didn't find much success. Forsyth's known for directing positive films, and that upbeat tone permeates this entire picture. Even when Gregory is struggling to get Dorothy's attention, we always have the feeling that he'll end up okay. There are no evil jocks in this story, which is a relief compared to most teen comedies. I kept expecting Dorothy to reject Gregory, but she sidesteps him in the best way possible. Although the direction lacks any visual flourishes, that doesn't appear to be Forsyth's intention. He's trying to show us a sweet little story about teens, and there's no denying that he fulfills that goal. 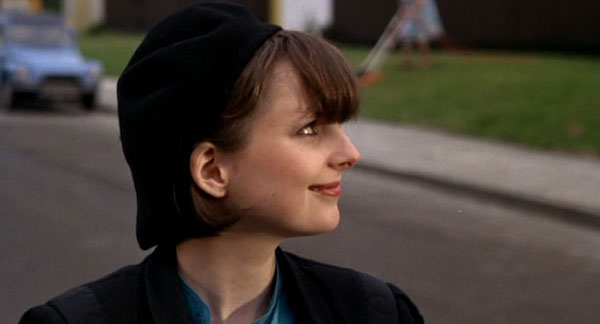 Would I recommend this film to another friend?
I might hesitate to recommend Gregory's Girl to cynics who can't suspend their disbelief and accept the charm. That doesn't take away from this film, however. The clothes and hair styles might be different, but the atmosphere remains modern and doesn't take us out of the story. We've all known guys like Gregory (and might have even been them), so it's nearly impossible not to enjoy the ride. I had fun from the start, but I wasn't completely hooked until the last act. It's a heart-warming conclusion that increased my enjoyment of the entire movie. While it might seem thin to some viewers, Gregory's Girl worked for me and provided a refreshing break from my own cynicism.
Film Review