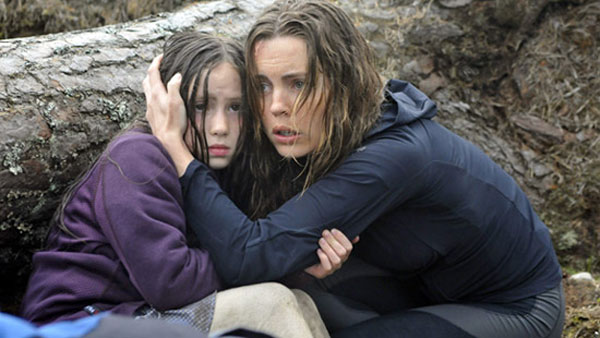 What is it about Melissa George that makes her such a popular choice for horror thrillers? She’s attractive, but not in a conventional way and can convey fierce determination with a few looks. However, that doesn’t totally explain why she’s been cast in films like Triangle, Turistas, and 30 Days of Night. Although her filmography is fairly limited, George does bring a respectability to even the sillier premises. She hails from Australia and has a background in both classic dance and professional roller skating, which is an odd combination. This training likely helps with the physicality of these roles, which can be extremely demanding.

In A Lonely Place to Die, George plays an adventure enthusiast who joins some friends in a remote wilderness cabin. It seems like a typical holiday, but that changes dramatically when they discover a young girl trapped in a hole in the ground. This quickly alters their vacation into something else entirely for the five adventurers. This chance discovery reveals a lot more trouble lurking within this brutal outdoor landscape. They’re capable of handling the elements, but the danger is a lot greater, now. An unseen force will do anything to retrieve the girl, which puts all of them in jeopardy.

It isn’t clear for a while what genre we’re living in here. Is it purely a survival test or part of a nastier horror movie? Mysterious figures set the action in motion, but they remain in the shadows behind the scenes. Director Julian Gilbey (Rise of the Footsoldier) enjoys toying with the audience at every turn. When the men behind the curtain do appear, it feels like a letdown, but it isn’t that simple in this surprising movie. Gilbey holds back the true nature of the story for a while, which raises the tension and makes us wonder what’s actually happening in this wilderness. Although he enjoys twisting our expectations, Gilbey undercuts his own motivations with some amateurish plot devices. He overuses slow motion during the big scenes and ramps up the emotion too high at strange instances. There’s plenty of excitement happening, so Gilbey doesn’t need to resort to cheap gimmicks to sell the drama. The style is effective at times, but too many scenes are really overplayed.

What keeps us engaged for a while is the ultimate mystery. Why is this girl so valuable? Who are the shady guys tracking her and causing mayhem for the group? These questions can only carry a story for so long, however. When the action slows, the momentum starts collapsing under the weight of the silly premise. A Lonely Place to Die functions completely as a genre film, but we never connect enough with anyone to completely buy into the story. Even the capable presence of the stoic Eamonn Walker (Kings) can only do so much during the final act. The villains seem far too incompetent to pull off the crime, and it’s hard to care about their ultimate goal. Once we leave the wilderness, it becomes a conventional thriller that loses the momentum of the early success.
PopMatters