Considering the nearly infinite locations available for movies, it's amazing how many are set in New York or Los Angeles. Chicago has a solid collection of releases, but there aren't too many other U.S. cities that stand out for delivering memorable films. One of the exceptions is San Francisco, a city that has been used effectively in a variety of genres. The steep rolling hills are perfect for a chase, and the beautiful bay is an ideal location for romance. The signature icon of the Golden Gate Bridge offers an excellent backdrop and directly identifies the location as this fine city. It also can support a big action scene like the finale of A View to A Kill. The fight between a fifty-something Roger Moore and Christopher Walken is silly, but it's enhanced by the majestic location. Sadly, that unfortunate Bond film did not make this list. Let's take a look at the picks and see if I made the right choices! 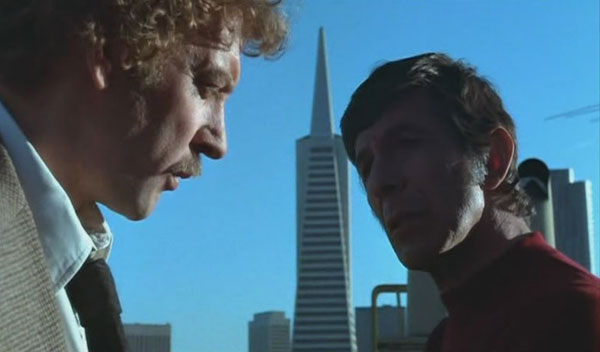 Honorable Mention: Vertigo (1958), Invasion of the Body Snatchers (1978)
I'm not a huge fan of Vertigo because of its glacial pace, but it still contains some of Hitchcock's best filmmaking. A major benefit is the location, which looks especially majestic in the famous shot of Jimmy Stewart rescuing Kim Novak from San Francisco Bay. It has some flaws but is definitely worth seeing because of the highlights like that scene. I just watched Philip Kaufman's remake of Invasion of the Body Snatchers this week, and San Francisco feels like the right place to watch humanity fall apart. Visually stunning moments like the shot above heighten the tension and make the struggle a grander affair. 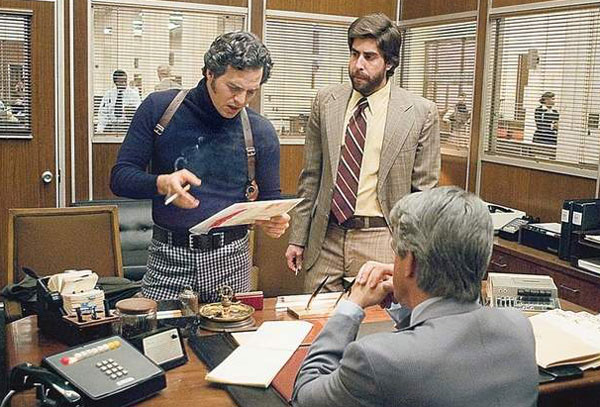 5. Zodiac (2007)
David Fincher's depiction of the Zodiac killer investigation succeeds because it presents the negative side effects on the guys who become obsessed with the case. Although it had limited box-office appeal, it's the type of movie that should continue to draw new fans on DVD and Blu-ray. Fincher seamlessly presents San Francisco in the 1970s with digital effects that don't stand out. The environment feels realistic with a style that connects to the great police thrillers of that decade. Locations like the police station and the San Francisco Chronicle offices never strike a false note and allow us to focus on the characters. This story feels a lot like Fincher's impressive The Girl with the Dragon Tattoo and does an even better job of getting us intrigued by the investigation. 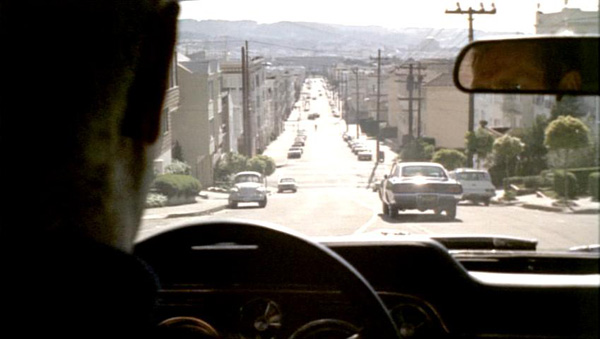 4. Bullitt (1968)
This cop thriller from Peter Yates is known for its famous chase, and that sequence remains thrilling more than 40 years later. One of the main reasons for its success is the use of the San Francisco streets, which provide an excellent backdrop for the high-flying pursuit. Beyond the chase, the story provides an engaging investigation into the botched protection of a key witness. McQueen brings his cool presence to the lead role, and Robert Vaughn plays the nasty politician who seems intent on taking down the detective. There are many familiar elements of the genre in this film, but it still provides great entertainment.

3. Point Blank (1967)
John Boorman's stunning revenge thriller doesn't take place entirely in San Francisco, but it includes key scenes at Alcatraz at the start and end of the movie. This deserted prison is the location of the original double-cross that sets Lee Marvin's Walker on his vengeful quest. The cool style and energetic direction from Boorman combine well with the attractive locations to create a kinetic experience. Marvin's determined performance brings just the right menace to make him believable yet keep us in his corner. Fans of Steven Soderbergh's The Limey should find plenty of similarities with this wonderfully edited gem.

2. Star Trek IV: The Voyage Home (1986)
Unlike the previous choice, nearly all of Star Trek IV was shot on location in the San Francisco area. This movie was a major departure from the first three films in the franchise and injected a lot more humor into the mix. The Enterprise crew travels back to 1986 to locate humpback whales to save their Earth. It's a hokey concept but works a lot better than expected. The main reason is the laid-back script, which incorporates fun one-liners into the "fish out of water" story. It stands just behind The Wrath of Khan in my favorite Star Trek films and was one of the most successful offerings. San Francisco provides an excellent setting for the entertaining adventure and is a memorable part of the action. 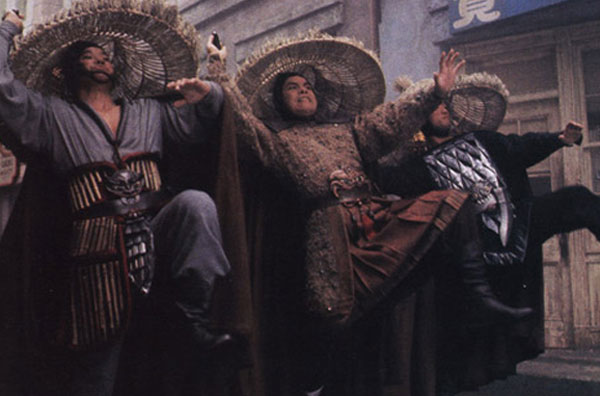 1. Big Trouble in Little China (1986)
This may be a controversial pick, but I stand behind this silly John Carpenter film for its pure entertainment value. Kurt Russell is perfectly cast as Jack Burton, a goofball who thinks he's the hero of the adventure. Instead, he's a lunkhead who's constantly getting saved by his buddy Wang Chi (Dennis Dun), the true lead of the story. Carpenter consistently subverts our expectations, and it's one of his most entertaining movies. Although it's set in San Francisco, many of the scenes take place on sets created specifically for the film. Either way, Big Trouble in Little China is a classic that deserves a lot more attention.

Don't forget to submit your recommendations for my upcoming Readers' Choice Marathon! I'd love to hear about the hidden gems that you enjoy and would like me to see for the blog.
Top 5 Lists