Once Upon a Time Marathon: The Brothers Grimm (2005) 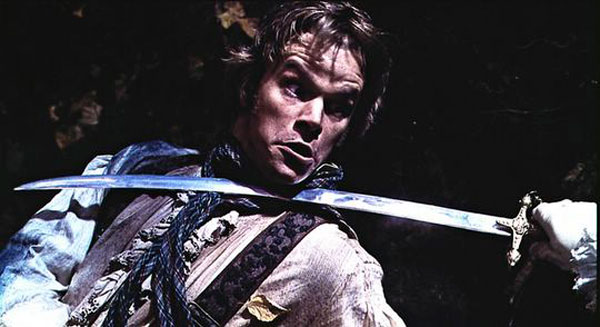 Growing up in the '80s and early '90s, I played my share of Dungeons & Dragons and other role-playing games. My friends and I also enjoyed checking out the latest fantasy games on the high-flying Commodore 64, which seems ridiculously archaic by today's standards. I don't spend much time on them today, but I still play games like Neverwinter Nights and Baldur's Gate when I get a few minutes. Based on this wonderfully cool background, I figured it was definitely time to do a fantasy films marathon. I've seen a lot of the well-known choices, but a few interesting stories have managed to slip through the cracks. For the next four weeks, I'll take a look at a genre that can provide charming new worlds of stunning majesty. The downside is that failures in this realm can be epic disappointments. My first choice is Terry's Gilliam's The Brothers Grimm, which was a major flop despite the presence of stars Matt Damon and Heath Ledger. Did the audiences miss the boat, or was this a rare miss from the talented director? Let's get to the questions to find the answer!

What's this story about?
Will (Matt Damon) and Jake Grimm (Heath Ledger) are well-known for battling witches and other mysterious creatures across the German countryside. They're scam artists who take money from helpless villagers who don't realize they're being conned. After being captured by the French General Delatombe (Jonathan Pryce), the Grimms are forced to investigate a town that may have real monsters. Working alongside the very capable Angelika (Lena Heady), they discover a curse that's placing the village's children in serious danger. A 500-year-old queen (Monica Belluci) is trying to restore her youth and will do anything to make this happen. This forces the brothers to actually step up and try to stop the evil queen. 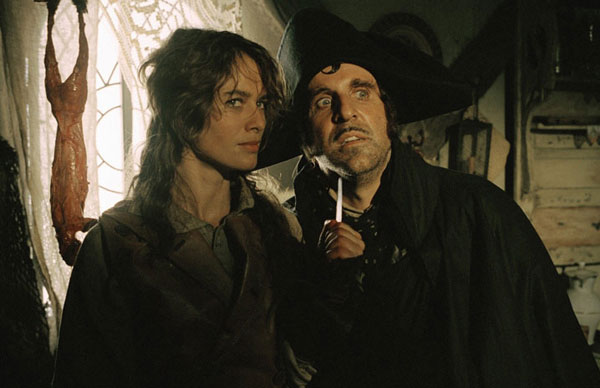 Would I want to live in this fantasy world?
While it's difficult to reject a world of crazy trees, strange ginger-bread men, and other creatures, this doesn't seem like a great place. The meals are nasty, the living conditions are poor, and the authorities are ridiculous. The prime example is Cavaldi (Peter Stormare), an Italian torturer who works with the general. He's an over-the-top villain who's cowardly but still dangerous because he uses little logic. Stormare chews up scenery and becomes a distraction every time he appears. Even worse is Delatombe, who sports a crazy French accent that's purposely outlandish. Pryce is obviously having fun hamming it up, but it becomes grating because he goes well beyond what's needed. Terry Gilliam has created a colorful world with unique monsters, but the success is undercut by some unfortunate characters. There is beautiful footage that makes the environment interesting, but it doesn't always mesh well with the personalities that occupy it. 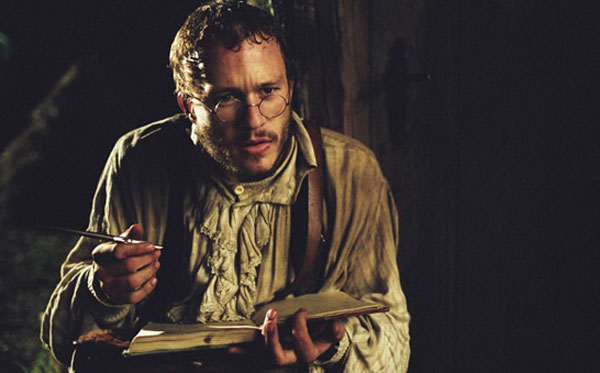 Are the characters believable and fully drawn?
In general, the characters are overwhelmed by the impressive creature effects. This is a rare case where even the reliable Matt Damon struggles to deliver an interesting performance. Will switches between acting like a jerk and being a nice guy. His motivations don't make sense, so it's hard to connect with him. Heath Ledger does better as Jake, but that's due more to his acting than the character itself. He makes the bumbling, subservient brother a believable character but also doesn't completely find his place in the story. The most effective role is Lena Heady's Angelika, who displays a confidence that's missing from even the brash Will. Heady isn't forced to carry the story like Damon and Ledger, and her character's a more active participant. 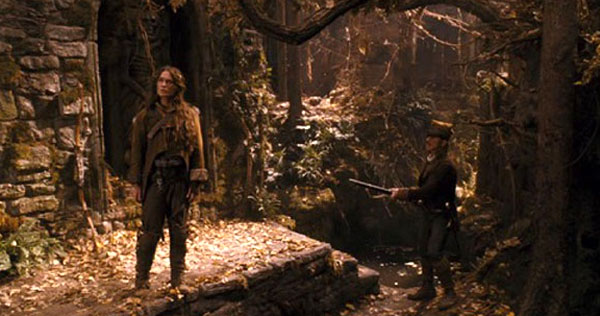 How are the special effects?
The story has major issues, but one area where The Brothers Grimm succeeds is with the remarkable effects, which create a wide array of interesting creatures. Gilliam builds just the right creepiness into the monsters and the forest environment. Imposing tress move around and threaten anyone within their path. A werewolf arrives to enhance the threat, and grisly bugs sell the cursed atmosphere. Even more standard animals like horses are more dangerous in this world. The shots of the horse engulfing a kid and carrying her away are hard to forget. Director of Photography Newton Thomas Sigel (Drive) delivers plenty of interesting visual moments that combine with Gilliam's originality to deliver a highly unique style. 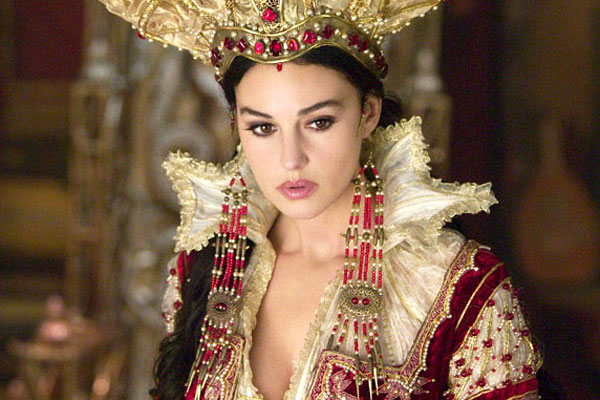 What are some of the most memorable scenes?
Although the story is inconsistent, there are surprising moments that keep it from becoming too dull. While the actual Grimm's tales aren't followed exactly, many of the well-known creatures do make appearances. The prime example is the Gingerbread Man, who arrives out of the mud and steals the eyes and mouth from a child. This strange scene is both horrifying and silly, a combination that doesn't entirely work but still provides a memorable experience. The final battle with the queen falls short but provides eerie scenes involving her mirror. Monica Belluci is properly cast to seduce the Grimms, who are the last obstacle for her triumphant return to the world. The queen's a pretty weak villain, though her ultimate downfall provides some of the most original effects in the movie. 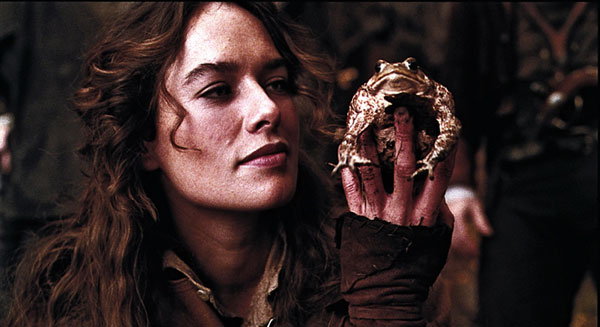 Does the director build an original and creative environment?
Terry Gilliam doesn't make boring movies, and even missteps like The Brothers Grimm include plenty of originality. There are the makings here for an exciting fantasy film, but the disparate elements never come together to deliver a complete film. There were a lot of conflicts between Gilliam and the Weinsteins during the production, and that likely played a role in the lesser results. It was a major flop at the box office, which is too bad since there are some interesting parts to this story. The creativity is present but never really matches with a consistent tone. Combining those issues with some awkward performances leads to a noteworthy, yet not entirely successful picture.

Next week, I join a very young Tom Cruise as he battles the evil Tim Curry in Legend.
Film Review