In the Mood for Love Review (Wong Kar-Wai) 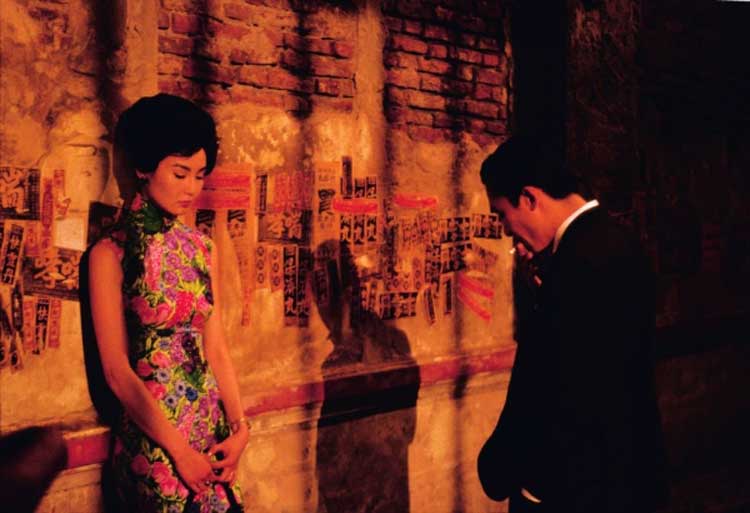 Wong Kar-Wai's 2000 film In the Mood for Love ranks alongside Chungking Express as his most well-known picture and has received great acclaim over the years. The 55-year-old Chinese filmmaker has directed 10 features, with this being his seventh production. Its main characters (or at least a variation of them) also appeared in The Days of Being Wild (1990) and 2046 (2004). He's known for working without a script and fleshing out the story during production. Critics adore Wong Kar-Wai, who was ranked #3 on Sight & Sound's list of the Top 10 Directors of Modern Times. However, he's not really a household name beyond film experts and deserves more attention.

The year is 1962. Mrs. Chan (Maggie Cheung) and Mr. Chow (Tony Leung Chi Wai) move into adjacent rooms in the same building with their spouses. They pass each other on the stairs and build a silent relationship while spending little time with their significant others. The situation changes when Mr. Chow and Mrs. Chan slowly discover that his wife and her husband are having an affair. The couple also realizes they may have romantic feelings beyond that connection. They're unwilling to act on this love, but it continues to grow while their spouses remain absent. Talking around their true feelings yet spending countless hours together, the attractive duo struggles to hide their emotions. There's little chance for a happy ending, but their bond progresses towards a more serious attraction. 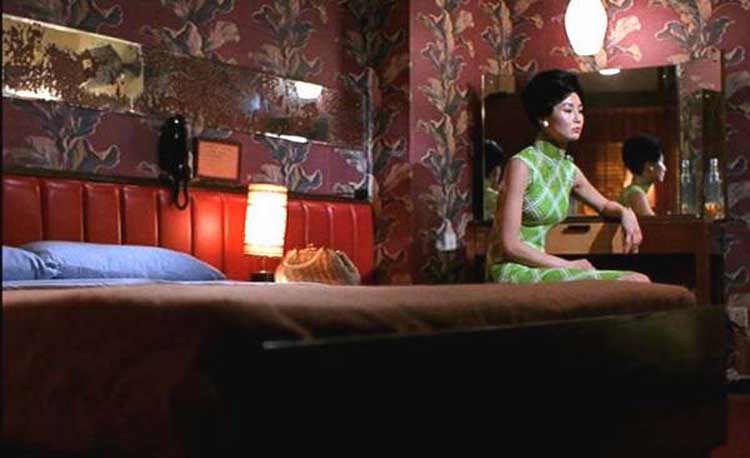 There's no good reason why I didn't see In the Mood for Love a while ago. It actually was in my DVR three years ago but was lost when we moved into our house. I recorded it again a few months back, and it still took this marathon to force me to watch it. It was clear from the start that my reluctance was misplaced. I'd enjoyed Chungking Express and should have immediately moved on to this equally wonderful movie. Kar-Wai's amazing talent for crafting a sequence rank him among the best currently working. Maggie Cheung and Tony Leung Chi Wai spend most of the film motionless, yet I was still mesmerized for the entire time.

This film takes place in the early '60s and incorporates that period's style, but it definitely holds up today. The stunning dresses worn by Mrs. Chan are timeless and remain just as gorgeous now. The remarkable production design helps this film to avoid looking like a period piece and retain a modern feel. This type of story could easily fall into melodrama, but it never goes down that alley. Kar-Wai takes a low-key approach to their romance, with subtle changes indicating the evolution. Cheung and Leung can say plenty with just a glance or a brief smile, so it doesn't take much dialogue to sell it. The characters may be silently hanging out at the rice bar downstairs, but their looks reveal the emotions. This style will likely keep this movie relevant and interesting for a long time into the future. 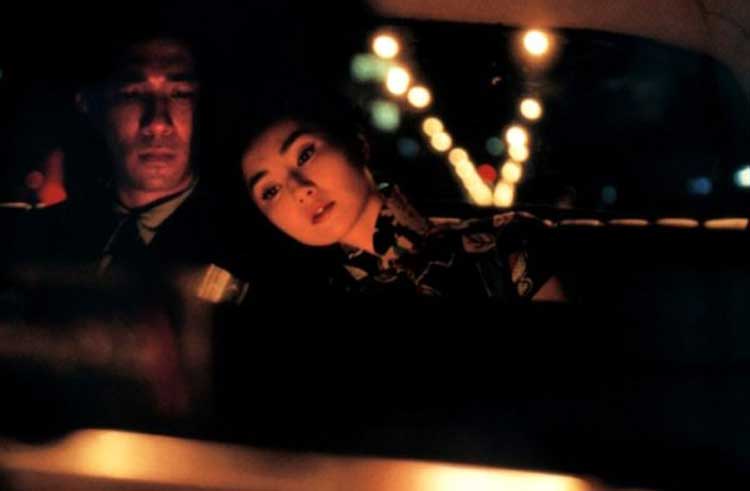 We learn very little about Mr. Chow and Mrs. Chan, but their relationship is compelling and never strikes a false note. Much of this success is due to Kar-Wai's use of color and music, which make even simple conversations feel exciting. We never meet her husband or his wife, and that's important because they're not essential to the story. Their affair pushes the main characters together, but their connection isn't really about revenge. Their spouses are just partially seen props who appear briefly to remind us of the bigger stakes involved. The other supporting characters also don't play a major role. Mrs. Chan's boss is having an affair with a younger woman, and his activities show her what's needed to maintain the deception. Mr. Chow has a few chats with co-workers and friends, but they don't play the typical role of the Greek chorus discussing his plight. This love story must remain a secret, and even the actual participants try to convince themselves that it's not happening.

The majority of the scenes involve characters walking silently by each other and barely speaking, so Kar-Wai finds an inventive way to keep it exciting. He uses repeated interludes with the elegant score to heighten our interest. These remarkable sequences incorporate slow-motion and close-ups to generate just the right mood. Kar-Wai isn't looking to convey plot during these scenes. Instead, he's showing us the subtle ways they're becoming closer. Mr. Chow and Mrs. Chan start rehearsing how she'd confront her husband about the affair. A later moment feels like a truly emotional scene of Mr. Chow leaving for Signapore, but it's just a rehearsal for the real thing. It's also intriguing to note that Kar-Wai removes scenes that would clarify the story's unclear elements. The mystery surrounds what happened at room 2046, and deleted scenes on the DVD make that very clear. By removing this information, he leaves it up to the audience to decide how far the couple actually went. 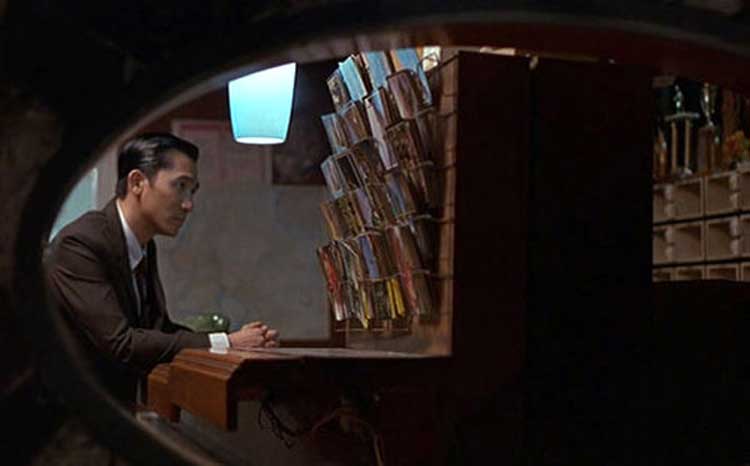 In the Mood for Love is a wonderful film that goes far above even my high expectations. I've heard plenty of acclaim for this movie, but it didn't go far enough. I'm definitely going to check out more of Kong-Wai's career in the near future after seeing this masterpiece. This is one of the best films that I've seen since I started the blog a year ago. I'm also interesting in catching more from Leung and Cheung's careers. This isn't the first time that I'd seen either actor, but the previous work didn't prepare me for their performances here. They take a thin story from Kar-Wai and make us root for the characters. This trio works together and delivers a movie that would likely rank among my favorites from the 2000s.