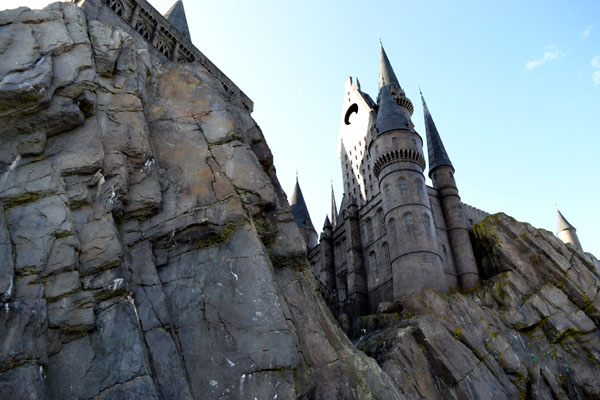 I'm currently wading through the fantasy genre with my Once Upon a Time marathon, which gives me the perfect opportunity to spotlight a different type of creation. Last month, we visited the Wizarding World of Harry Potter in Orlando at Universal's Islands of Adventure theme park. While it isn't directly related to watching movies, this area is definitely worth seeing for fans of the Harry Potter films and books. Universal has created a remarkable environment that ranks among the most impressive theme park locations I've seen. The attention to detail is excellent throughout the area and immerses you in the fantasy setting. Even if you're not a theme park enthusiast, this land is worth a visit for any Potter fanatic. 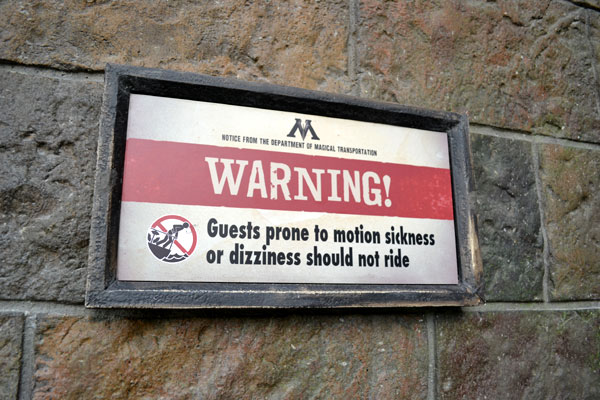 The feature attraction is Harry Potter and the Forbidden Journey, a technological marvel that combines the simulator (aka, riding in front of a screen), with a dark ride through impressive sets. The transitions are seamless and really unexpected at times. For example, your "enchanted bench" flies by a dragon on the screen, then glides away and faces a large animatronic dragon. The ride system is accomplished through Kuka Robotic Arms, which grab your bench and direct it seamlessly through the various screens and sets. I caught a glimpse of another vehicle during the ride, and it resembles complex robots created by Skynet. The money required to built this attraction is easily in the hundreds of millions of dollars. The downside with this technology is the possibility of motion sickness as you're being pulled rapidly through the scenes. I didn't have a problem with it, but I expect this fact eliminates many fans from getting the chance to experience the attraction. 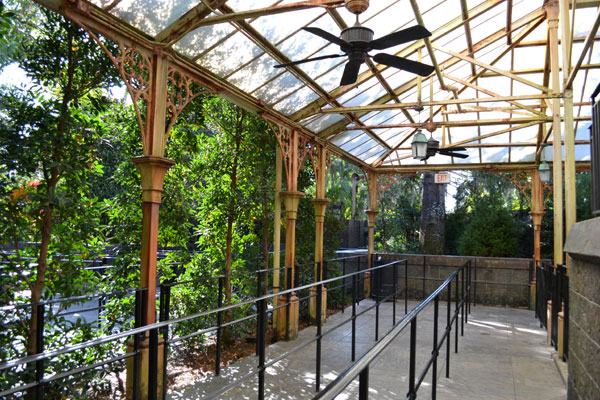 The centerpiece of this land is Hogwarts, which houses the Forbidden Journey attraction. Even if you're not interested in the ride, it's worth a trip through the queue. The exterior portions are well-themed like in the photo above, even with the unfortunate railings that keep the crowds moving. Inside Hogwarts, you could easily spend an hour browsing through the many rooms. There are countless details that went over my head but should please the Potter experts. They even have an entire room of talking paintings that are very believable. We visited during the off season, so there was basically no line. This is usually a good thing, but it actually kept me for spending much time looking at everything. Closer to the ride, a Dumbledore hologram appears when you enter his office, and it's an intriguing effect. The final step is meeting Harry, Ron, and Hermione to explain the basic story. They also use the same hologram technology that goes well beyond simple video screens. The effect on the first arrival is pretty overwhelming, so multiple visits are definitely recommended. 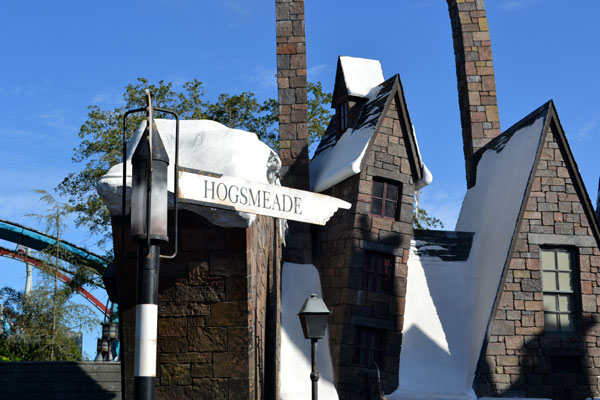 Beyond the attractions, the Wizarding World succeeds because of the sharp attention to detail within the entire area. The village of Hogsmeade includes plenty of fun nooks and crannies to explore within the enclosed setting. It's easy to forget that just a few minutes away are Dr. Seuss or Marvel Comics areas with completely different atmospheres. J.K. Rowling was closely involved in the planning, and her approval was required for everything. This brings a much different feeling to this area than the rest of Islands of Adventure. There are great attractions throughout the park, but they lack the unique feeling of this location. Rowling stressed the importance of adhering to the world of the books, even if it led to some unfortunate consequences. The shops are extremely small to match the original Hogsmeade, but that makes for some extremely cramped quarters in there. I was ready to escape after a few minutes, and I can't imagine those buildings on busy days. 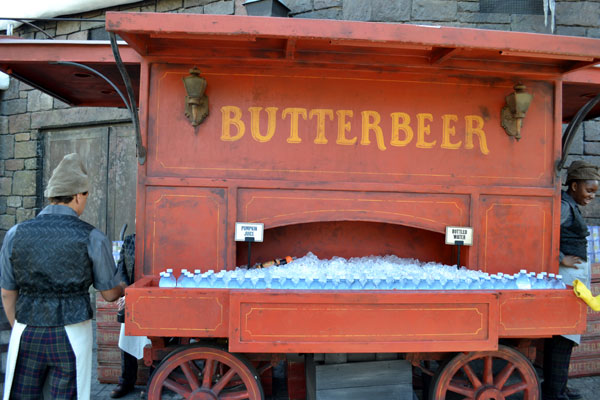 Universal made a serious investment in the Harry Potter franchise, and their risk paid off with huge gains in profits and attendance during 2011. They're already planning to expand into both Orlando's Universal Studios park and their Hollywood location in upcoming years. Although it offers a great experience, this land also functions as a huge money-making enterprise. I couldn't resist the urge to fork over serious money to drink Butterbeer, and it was worth it. The taste resembles cream soda with a strong butterscotch kicker, and I expect it's addictive to regular visitors. An even larger profit center is Ollivander's wand shop, which gives kids the chance to have their wand choose them. The lines for that cramped store are the longest in the park, so we didn't make it inside. Also, the idea of spending upwards of $100 seems like a crazy idea. When you add in the t-shirts, special candy, and other merchandise, the profits for Universal must be enormous. That said, there are plenty of fans willing to spend the money, so it's hard to be too critical of this approach. 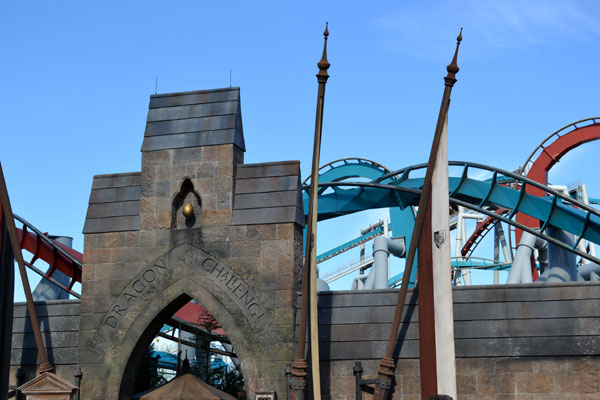 Along with the Forbidden Journey, there are two other attractions in the Wizarding World that are re-tooled versions of rides already in the Islands of Adventure. They were formerly part of the Lost Continent area and have received some minor alterations to fit the Potter theme. The roller coasters pictured above are the Dragon Challenge, formerly known as Dueling Dragons. These inverted coasters weave inside each other and are a great time, even if they're not at their previous level. Their major draw in the past was the fact that they came pretty close to colliding and created the illusion that it might happen. After several freak accidents, Universal stopped them from "dueling" anymore. I never rode them until this trip, and they still provide a great ride. The other attraction is the Flight of the Hippogriff, a kid's coaster previously known as the Flying Unicorn. Both of these are fun rides, but they seem a bit out of place in the Potter world.

I'm a theme park fan, so it's clear that I'm biased to enjoy this type of big-budget creation. Considered from that viewpoint, the Wizarding World is a major success and ranks with the best additions in recent years. Hogwarts and the Forbidden Journey are the highlight, but it's also worth seeing for the overall environment. If you find yourself near Orlando, I highly recommend taking a day to check it out. When you add in the remarkable Spiderman ride and the powerful Hulk coaster, this park might even convert a few skeptics.
Theme Parks