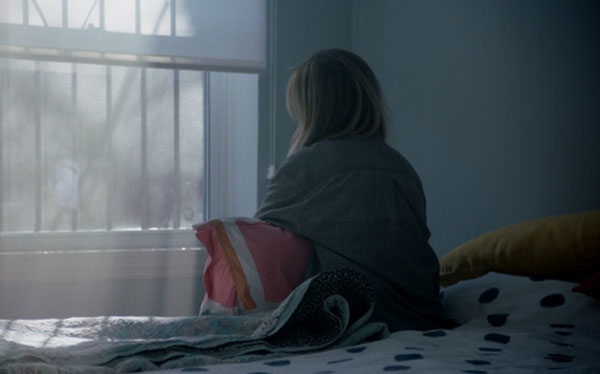 The time immediately after college is an excited period where it feels like anything is possible. On the other hand, these years also inspire fear and confusion because it’s not always clear how to truly begin this new stage of life. One of my favorite films on this topic is Noah Baumbach’s Kicking and Screaming, which takes a comedic look at guys who aren’t sure what to do after college. They hang around campus and struggle to cut the cord between that life and an adult career. Young people facing similar issues have been portrayed frequently in movies unfairly categorized as “mumblecore”. This term is used because the characters aren’t the well-spoken charm machines that we see in many Hollywood films. While it might seem accurate on the surface, it does a disservice to both the movies and their creators. The filmmakers are effectively capturing a time in life when work, romance, and the future are especially muddled. The characters are trying to do the right thing, but it’s complicated because the correct path isn’t clear.

Matt Jay’s Any Day Now chronicles a similar situation for Sam (Samantha Streitz), who’s just moved to New York City after growing up on a farm. While she’s interviewing for jobs and trying to build a career, it’s clear that she doesn’t know exactly what to do. She meanders through the grocery store in a haze and seems lost in this new world. There is romance in the form of a regular affair with a powerful politician (Ron Nummi), but it’s not a full-fledged love connection. He arrives at 2:00 at her apartment each time, and it’s clear they’re just going through the motions. They may care for each other, but this relationship will never progress beyond this point. His career is on the rise, and there’s little place for Sam beyond causing a scandal with the married guy. One of the best scenes presents him opening her moving boxes and warmly checking out her family photos. This moment shows that he’s not just using her for sex, but that doesn’t mean the relationship is successful.

This 35-minute film chronicles a brief time period in Sam’s life, but that works because it doesn’t overreach in the limited timeframe. The final segment involves her returning home to spend time with her mother and brother, and this is the best sequence. Supported well by Keegan Dewitt’s piano score, we observe Sam and her brother driving down the road and singing at the top of their lungs. We don’t hear their voices, but it’s a shared moment that reveals their connection. After dinner, Sam relaxes with her mom on a hammock outside and hears an engaging story about her dead father. Although the message for Sam is pretty obvious, the moment works because she sells the emotions. It’s a scene that could easily go off the rails and become preachy, but it works because the actors commit to it.

Matt Jay lives in New York but grew up in Portland, and it’s clear the filmmaking style from the Northwest has connected with him. His approach fits within the same arena as Kelly Reichardt (Wendy and Lucy) and Aaron Katz (Cold Weather), who both shoot frequently in that area. Any Day Now takes its time and isn't for all tastes, but there’s plenty of talent on display. Jay shoots extreme close-ups of Sam’s face and rarely takes a conventional approach to a scene. During an interview, he shoots from behind the questioners to give us a clear sense of her uncomfortable feelings. The story comes from her perspective, and Jay gives us an intimate look at Sam’s situation. Will she finally ditch the politician and find a different path? The conclusion hints that things are looking up for her. There’s a friendly guy downstairs who’s definitely a better choice for her time. Regardless, there will likely be plenty more hurdles to overcome as Sam figures out the next steps in her young life.
Film Review