One of my main reasons for starting this blog last March was to force me to watch movies that I'd avoided for way too long. Many of these were obvious choices that I should have caught years ago, but it's hard to get over preconceived notions. It seems like I've just scratched the surface at this point of what's out there. There were plenty of great discoveries during the past year, so narrowing it down wasn't easy. Most of the marathon films were  interesting, but there were a few clunkers in the mix. Let's just say that Navigator: A Medieval Odyssey, Somewhere in Time, and The Sorcerer's Apprentice won't be showing up on this list. To clarify, I've avoided choices like Amadeus that were excellent, but it wasn't really a surprise.

Honorable Mention, Cruel Gun Story (1964)
I'd never heard of this tough Japanese film before the heist marathon, and it was a great surprise. Following a similar plot to classics like The Killing, it chronicles a daring armored-car robbery with a big payday. One highlight is the way the guys are constantly punching everyone, even over minor infractions. The gang's leader is Togawa, played well by Jo Shishido and his giant puffy cheeks. Surgically altered to deliver greater tough-guy looks, his face is a star in itself and heightens the gritty atmosphere. The second half includes a series of inventive shootouts with Togawa and his buddy Shirai trapped by a large group of attackers. It's a clever little action film that works a lot better than expected. 5. Advise and Consent (1962)
During my politics marathon, a few of the picks were obvious like The Candidate and Primary, but I discovered that I'd actually seen most of the big options. I took a shot on Otto Preminger's Cold War-era drama and wasn't disappointed. It depicts the back-stabbing conflicts between powerful politicians who are willing to do just about anything to get their way. Walter Pidgeon and Charles Laughton play veterans with much different ways to achieve success. The plot centers around Henry Fonda's idealistic candidate for Secretary of State, but the stakes are much higher. The story falters near the end, but it's still worth seeing for the biting script and knowing look at the political process.

4. Monsters (2010)
Shot for less than a million dollars, Gareth Edwards' indie romance takes a unique look at an alien invasion. The monsters are dangerous tentacled beasts, but it's not clear who's actually the enemy. More of a road movie than an action film, it follows the duo as they connect while traveling through the "infected zone". They're understated characters, but it works because it fits with the movie's style. Edwards makes the most of the limited budget and delivers an intriguing film that feels more epic than what we actually see. 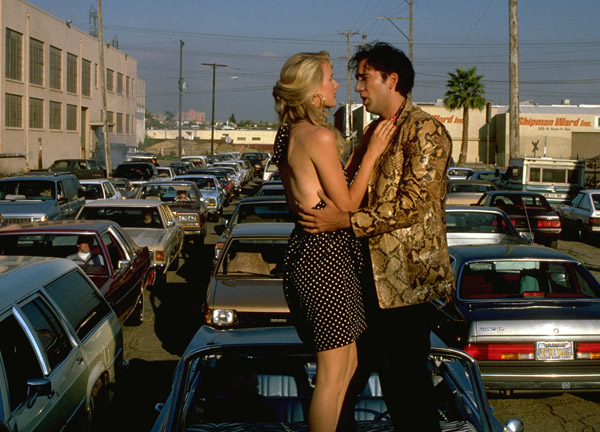 3. Wild at Heart (1990)
I shouldn't have to discover any films by David Lynch, but this one escaped my notice. I finally checked it out during the That Crazy Nicolas Cage marathon, and it's one Cage's most outlandish roles. His over-the-top style meshes perfectly with Lynch's approach in an unpredictable and exciting movie. Laura Dern matches Cage's intensity, and Willem Defoe is even creepier than normal in a supporting role. Watching the leads dance and high kick through this movie was one of the more entertaining viewing experiences of the past year. 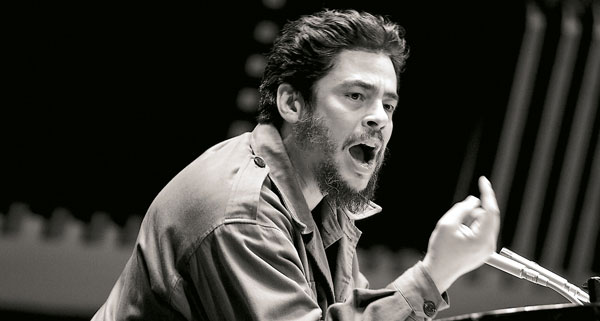 2. Che (2008)
For some inexplicable reason, I wasn't that enthused to see Steven Soderbergh's two-part biography of Che Guevara during its original release. That was a silly notion. I checked it out during my Soderbergh marathon this month, and it was one of the year's highlights. Benicio Del Toro is stunning in the lead role and makes Che a believable, three-dimensional character. The first part covers the Cuban revolution and is a striking film, but the second part in Bolivia is a trickier success. Watching Che struggle and fail against overwhelming odds is still interesting, despite the ugly situation. 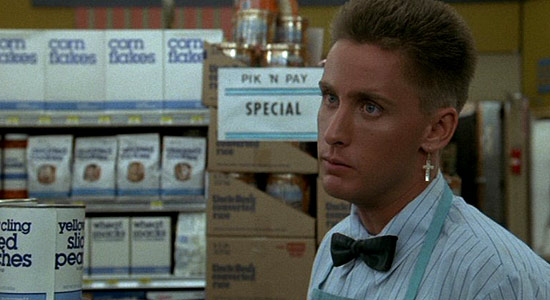 1 Repo Man (1984)
Alex Cox's punk classic is one of the most original films that I've watched since I started the blog. It combines UFOs, a 1964 Chevy Malibu, generic products, and just plain mayhem into an awesome mix. Emilio Estevez takes a job as a repo man and learns the ropes from the grizzled Harry Dean Stanton (his usual demeanor). I didn't expect much from this black comedy and was blown away from the start. It avoids the expected conventions of any genre and stays unpredictable throughout the fast-paced running time. Magic.
Top 5 Lists