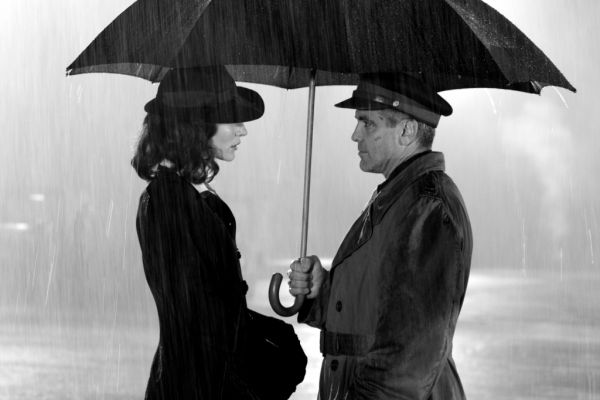 Casablanca is one of my favorite films, so I was interested to see what Steven Soderbergh would do with his homage to that Michael Curtiz classic and similar films. Using an old-style 1.66:1 aspect ratio (1.33 on the DVD) and black-and-white cinematography, this throwback has an interesting look. It also has major star power with George Clooney and Cate Blanchett in the lead roles. Despite these positive elements, The Good German didn't manage to find a significant audience. It actually earned only about $1 million back in the U.S from its $32 million budget.

What's this story about?
Journalist Jake Geismer (George Clooney) arrives in post-war Berlin of 1945 as the Russian, British, and U.S. leaders are meeting to discuss the future. His driver Tully (Tobey Maguire) is more than just an idealistic soldier and is working his own game. These very different guys are connected by Lena Brandt (Cate Blanchett), a prostitute who's had relationships with both men. Following an unexplained murder, Geismer works to save Lena while searching to find the truth behind the killing. His investigation leads to unexpected places and shows how the "good guys" are doing their own shady dealings even while the war comes to a close. 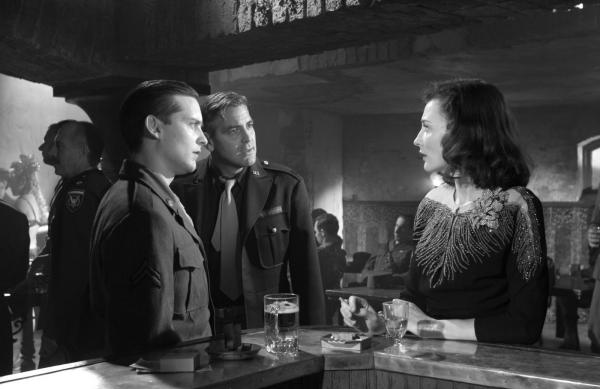 Does this film show more of "indie Soderbergh" or "mainstream Soderbergh"?
While having Clooney, Blanchett, and Maguire in a film usually indicates that it's mainstream, this is another experiment from the indie side of Soderbergh. Along with Casablanca, he's doing an homage to film-noir detective stories, particularly Humphrey Bogart movies like The Big Sleep and The Maltese Falcon. The story is extremely complicated, and it's not clear how all the players connect, even when it's explained directly on screen. Following Jake for most of the picture, we experience his confusion and urge to find the truth. Shooting this picture like it was made in the '40s, Soderbergh is working in the experimental sphere more than you might expect from the high-power cast.

What are the key themes of this film?
Since the setting is Berlin right after World War II, the authorities' focus is which Germans to prosecute for war crimes. While some want to look at what each person actually did, others feel like the entire country deserves blame. Unlike many films shot in the '40s, these characters don't appear to clearly represent ideological viewpoints. Jake is a journalist, but his main concerns are personal and relate to reconnecting with Lena. Tully's nasty self beneath the upbeat exterior exemplifies the false "honor" of a military guy, but he could easily stand in for several large entities. The exception is Lena, who shows the moral destruction wrought by the horrors of war. Pinned into a corner because of her background, she's willing do anything to survive. Her individualism contrasts sharply with Jake, who's willing to bend the rules but cares less for his own safety than her success. Even when he's exposed to greater truths about her life, he continues to work to keep Lena safe. 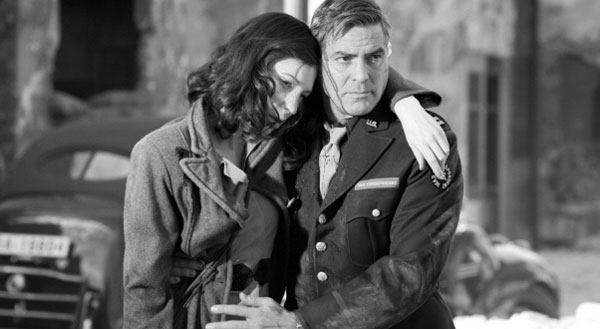 Are the characters believable and fully drawn?
This is tricky because we spend most of the film trying to discover what's lurking beneath the cool facade of Blanchett's Lena. Given the final revelations, her severe resistance to help is understandable. However, this reticence makes her tougher to care about as we move along. I can see what Blanchett is going for with this performance, but she doesn't completely sell the role. Clooney has plenty of screen charisma, but it's not as prominent in this part. He spends most of the film trying to unlock a mystery and believing he understands more than he does. Jake appears in a majority of the scenes, so it makes sense that he would become the most interesting character. Finally, Maguire's part is the oddest because Tully has the most extreme personality shifts. It's a surprise to see Maguire playing a sadistic guy, but he does an okay job with limited screen time. 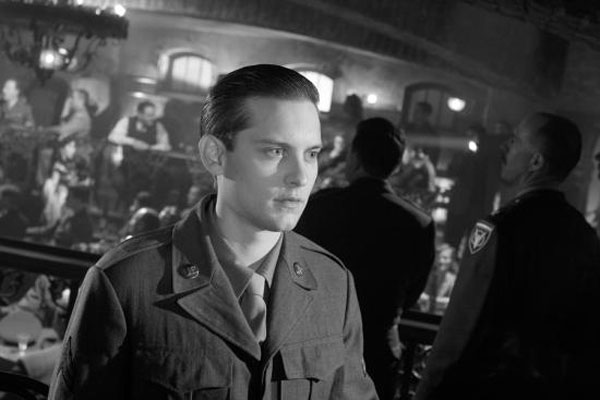 What are some of the most memorable scenes?
The highlights generally occur during the first act, when we're growing accustomed to the film's style. After we're introduced to Jake, Soderbergh takes a left turn and shifts to Tully's perspective. Watching him scramble to outsmart both the Russians and Americans is interesting, especially since we're still growing accustomed to his brutal personality. With his baby-faced looks, Maguire is not the type of guy we expect to see terrorizing women. Other highlights involve discoveries about Lena's past, especially the way she dispatches a Russian soldier trying to take advantage of her. Throughout the movie, there are some truly stunning shots, but they're stuck beneath the over-complicated story. I'm a fan of plot twists, but there are so many switches here that it becomes tedious by the end. 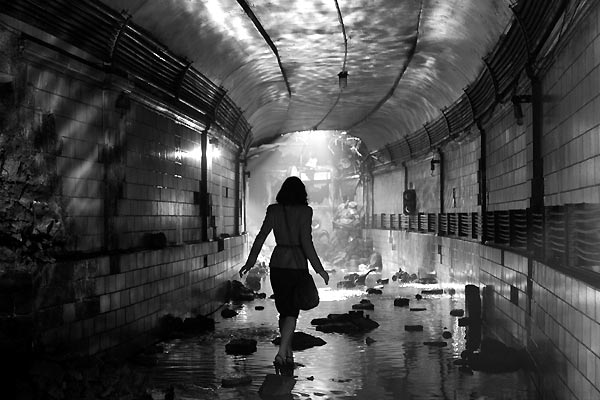 How does this movie fall within Soderbergh's career?
Visually, The Good German is one of Soderbergh's most interesting films, and I'd love to learn more about the production. However, the characters aren't interesting enough to place it among his top tier of movies. Soderbergh's use of wide-angle lenses and obvious studio sets creates a unique atmosphere for a modern film. The big issue falls with the story, which brings in numerous characters but fails to truly align us with the leads' plight. Jake and Lena don't have the chemistry of Rick and Ilsa, and that's needed to truly sell this tale. Even when the gunfire begins, Soderbergh's deliberate form of storytelling never builds up to an exciting experience. It's a well-made picture but falls short of matching its lofty ambitions.
Film Review