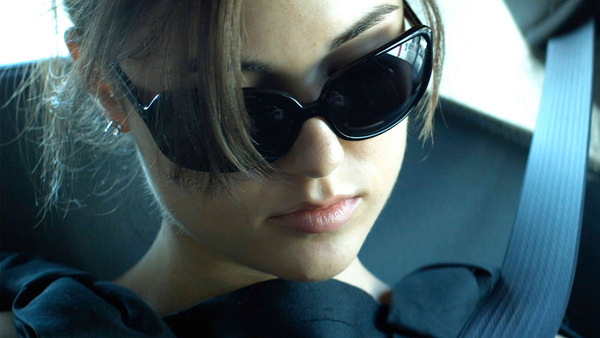 Now that the St. Louis International Film Festival is over, I'm back to the Steven Soderbergh marathon and my regular posting schedule. I'm looking forward to checking out some of his lesser-known works during the upcoming month. This week's choice is The Girlfriend Experience, one of Soderbergh's more experimental films. Released in 2009, it was shot much differently than The Informant!, his other movie from that year.

What's this story about?
Chelsea (Sasha Gray) is a well-paid escort trying to push her business to the next level with elite clients. She's paid to go out to dinner, talk about their problems, and sometimes have sex. Away from her work, Christine actually has a steady boyfriend Chris (Chris Santos) who she's dated for 18 months. He works as a personal trainer and seems okay with her job, though tensions exist beneath the surface. These issues appear when Chelsea decides to go away for the weekend with a charming client, which could jeopardize her real-life relationship. Finding the line between what's real and fake in her world is very difficult, even when she treats these relationships purely in the business sense.

Does this film show more of "indie Soderbergh" or "mainstream Soderbergh"?
The Girlfriend Experience definitely falls into the indie realm of Soderbergh's career and stands alongside Bubble as one of his more experimental projects. He frequently shifts between time periods, which can be disorienting but makes sense given the mundane nature of Chelsea's job. Although each guy is dealing with his own problems and wants something different, they all start rolling into each other and becoming indistinguishable. Soderbergh uses sharp blue filters to portray the coldness of what might be perceived as a "sexy" profession. He also presents the action from odd angles and obstructed views. This is not the glossy world of Ocean's Eleven or even Out of Sight. Soderbergh is trying to evoke a certain mood and isn't as concerned with clearly presenting the story.

What are the key themes of this film?
Set during the presidential election of 2008, this film uses Chelsea's story to present the beginnings of the financial meltdown. Her clients are more concerned with making the right investments and surviving in this down economy. Although it focuses on an escort, the transactions are businesslike on both ends of Chelsea's profession. The sex is largely off-screen, and the men don't even seem very interested in it. They enjoy spending time with an attractive woman, though the motivations aren't so one-dimensional. Soderbergh spends a good deal of time showing Chelsea exploring ways to grow her business. It doesn't feel much different than any young entrepreneur trying to convince others her skills are valuable. Chris is doing a similar thing with his business ventures, which include trying to enter management as a personal trainer. It's more legitimate to the public than the sex trade but involves a similar approach. 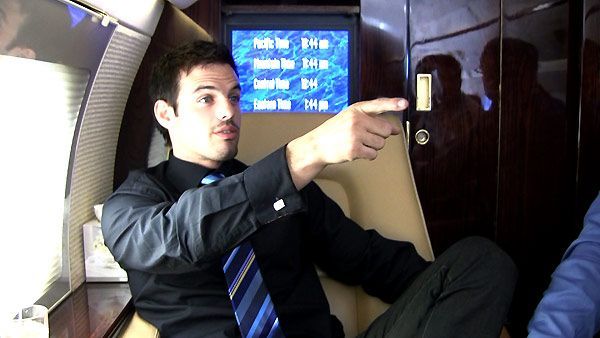 Are the characters believable and fully drawn?
Not really. During the short running time, we don't learn much about the characters' backgrounds, even from Chelsea in the lead role. Most of the supporting characters make limited appearances and aren't very unique. Even her apparent saving grace just seems like a standard guy looking for an escape from family and work commitments. Sasha Gray's a well-known adult-film actress, and her acting is fine. This is the first time I've seen her on screen, and she's believable as the young, mostly serious escort. That said, our interest is limited because we know so little about her character. Chelsea serves a purpose thematically for Soderbergh but isn't that engaging beyond that role.

What are some of the most memorable scenes?
The highlight is an argument between Chris and Chelsea after she provides stunning news. Presented in a single take from the other side of the room, this scene includes the best work from Santos and Gray. It's a rare moment that shows real emotions that aren't manufactured for the latest client. His response is understandable and shows that even a cool professional like Chelsea still has a lot to learn. Another notable scene is a meeting with a creepy businessman played by film critic Glen Kenny. The bald, hulking guy has the right persona for the slimy jerk who seems bad even by this industry's standards.

How does this movie fall within Soderbergh's career?
Although it covers some interesting themes, The Girlfriend Experience is largely a minor footnote in Soderbergh's diverse career. It's always exciting to see him trying different things both stylistically and with the predominant messages. Since it runs just beyond an hour, this film is worth a look, especially for Soderbergh fans. However, it would not be one of my first suggestions if you're just getting started with his work. The subject matter is timely, especially as the economy continues to flounder three years later. There's plenty of material to consider, despite the nearly emotionless atmosphere on display.
Film Review