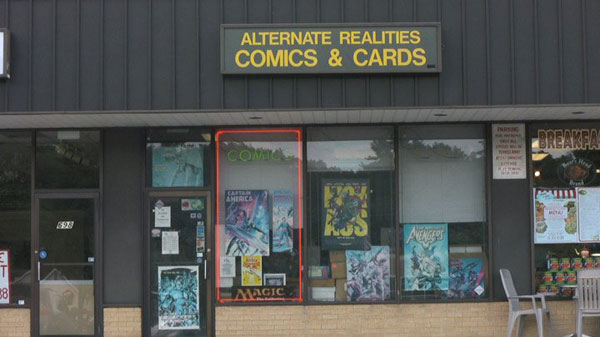 As a kid in St. Louis, my friends and I would ride our bikes down the street to the 7-Eleven or the local comic books shop throughout the summer. There were several stores within a short ride of my house, and they're all gone today. I don't read many comic books now beyond a few well-known graphic novels, but it's still refreshing to know that some independent stores are still thriving. This feeling made Anthony Desiato's My Comic Shop DocumentARy a welcome addition to the St. Louis International Film Festival this week.

Located in an ordinary strip mall in Scarsdale, New York, Alternate Realities is a throwback to the pre-Internet days when comic book stores thrived. Its cramped aisles are filled with the latest releases plus memorabilia that’s unlikely to sell but adds just the right touch. This is not a clean, trendy corporate store designed to capitalize on the latest geek trends. Opened in 1992 by former lawyer Steve Oto, Alternate Realities takes on the personality of its enigmatic, intriguing owner. He entered this business after being laid off from his corporate law job, and the rest is history. The store continues to thrive today, a surprising achievement in an era when independent shops are becoming a rare commodity. 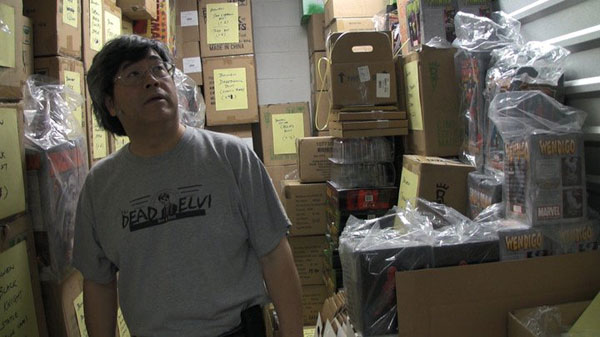 Alternate Realities is warmly depicted in Anthony Desiato’s My Comic Shop DocumentARy, an enjoyable look at its employees and customers. Arranged largely as a series of interviews, it paints an interesting picture of both the shop and the people who love it. Desiato is a third-year law student but has worked at Alternate Realities for 10 years. This personal connection is evident throughout the film and helps him to draw plenty of worthy material. It also gives him an insider’s perspective on the unique parts of the back story. He separates the movie into a series of chapters that maintain a light tone while making sure the key elements are covered.

Easily the most intriguing part of this story is Oto, a likable but perplexing guy whose personality is filled with contradictions. He pulls new releases for his customers each week and seems to care about them, but people who don’t follow his rules are declared “dead”. Oto is self-aware but makes few apologies for the way that he treats everyone. It’s obvious that the film’s participants love the guy, even while he’s driving them mad. There is one exception in Casey, a disgruntled former employee who’s not willing to overlook Oto’s flaws. To his credit, Casey is very candid and acknowledges both the positive and negative traits of the shop owner. One of the best segments presents Oto’s rules of life, listed as “Wisdom of Steve” on the Alternate Realities website. These include “SKO does not run”, which ties specifically to rushing for an arriving train, and “Never call Steve on a Wednesday”. This statement about new-release day is shared by many people in a hilarious montage of interviews. It’s worth a visit to the site just to check out this list, which offers some evidence about Oto’s complex worldview. 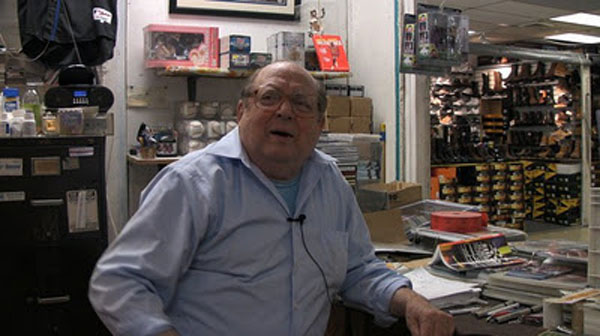 Two of the most entertaining chapters cover oddball characters that are legendary at Alternate Realities. The first is Jeff, the shop’s most legendary customer because of his ability to spin tall tales. His lies are very elaborate and involve SWAT teams, numerous kills, and other probable lies. No one is really sure where the truth falls within his crazy stories. The other legendary figure is Jay, an antique-store seller who spends a good deal of time at the store. This older guy is a quote machine and is clearly loved by Desiato and the gang for his grumpy demeanor. There are too many other participants to mention, but they all share a passion for comics and Alternate Realities. One highlight involves the wives and moms, who aren’t all fans of this dedication. A fun example is Sean and Marisa, who clearly doesn’t care for his interest in comics. When asked how much he should spend on comics per year, her honest response is “I think you should not buy comics.” By going inside the homes of customers, Desiato expands the story to beyond Oto and makes it a more interesting film. 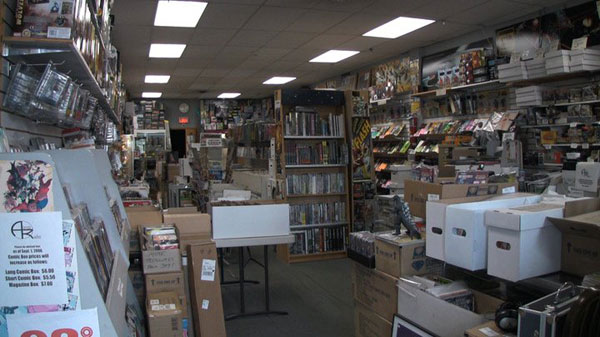 My Comic Shop DocumentARy was made for a very low budget, with Desiato directing, writing, shooting, and editing the movie. This festival appearance was only its third so far, and he’s yet to find a distributor. There is a limited interest for this documentary, but its colorful cast of characters should entertain viewers beyond comic book addicts. Although it mostly uses the talking-head format, it maintains a brisk pace because the speakers are so passionate. They’re not just customers and have become friends with Oto and the other regulars. Watching them meet for dinner, it’s clear that this group has developed a bond that’s only heightened by the existence of Alternate Realities. Spanning a variety of ages and backgrounds (including a few women), they aren’t the typical comic-book geeks depicted in pop culture. They provide an example of the diverse individuals who fall into any obsession, and Oto’s shop gives them a haven to make a connection.
Documentary Film Review