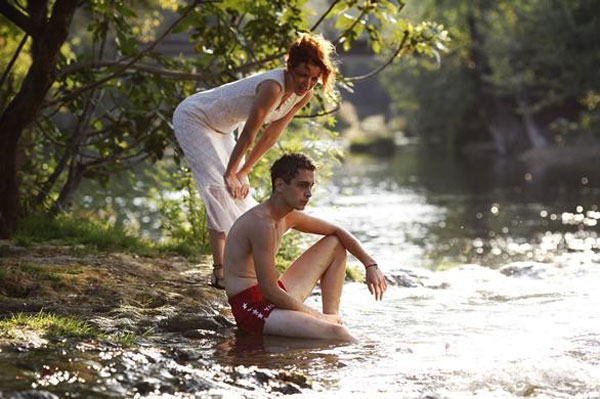 So far with my St. Louis International Film Festival picks, I've watched films that will be showing up in theaters in the next few weeks. For my third movie, I decided to choose something that won't be showing on the big screen anytime soon, Cirkus Columbia.

The situation is a familiar one; a middle-aged man returns to his former hometown with a beautiful young girlfriend and shows off his good fortune to his old friends. When Divko Buntic (Miki Manojlovic) pulls up in a luxury car into the small Bosnian town, the onlookers’ response is the expected mix of jealousy and hatred. After making it big in Germany, he returns triumphantly to showcase his power in the newly capitalist Bosnia region. His next step is to kick his estranged wife and young adult son out of their house and move right inside. This premise appears to set up an obvious family drama, but the actual result provides an interesting shift on our expectations.

Set in 1991 just prior to the Yugoslav Wars, Cirkus Columbia offers an intimate look at the tragic effects of war and occupation. Divko and his wife Lucija (Mira Furlan) were permanently affected by events from many years earlier under communist leadership. He fled the country to avoid capture and resented her for remaining at home. Having succeeded in capitalist Germany, Divko bears a serious grudge at Lucija and cares little for the upheaval that he wreaks in the process. It seems nonsensical for this rich and powerful guy to return and decimate her life, but getting over past demons is no easy thing. This anger has grown over the years and become such a part of him that Divko doesn’t even care about his callous actions. 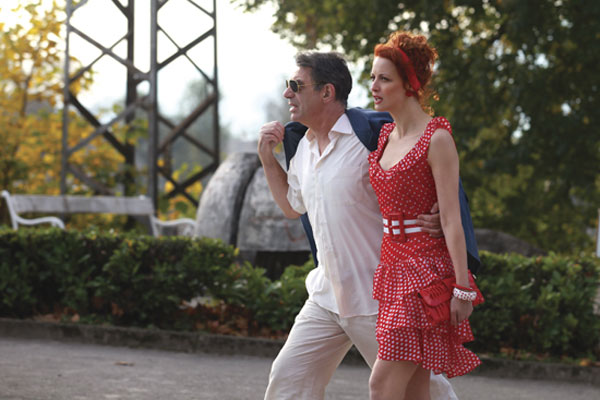 Adapted from a novel by Ivika Djivic, this story has a relaxed tone that gives its characters the space to become three-dimensional individuals. Divko’s girlfriend Azra (Jelena Stupljanin) seems like a cliché initially but reveals a lot more depth. Strolling around town in attractive outfits, her stunning bright red hair is impossible to miss. She develops a friendship with Divko’s son Martin (Boris Ler), who’s innocent and the complete opposite of his stern dad. Even when their relationship takes a predictable turn, it feels earned and avoids being a mere plot convention. Martin is the film’s moral center, and his naivety contrasts sharply with the rising conflicts in Bosnia.

Although it portrays Divko and Lucija’s relationship, the focus stays largely with Martin as he comes of age. The opening shot presents him sleeping casually outside their house and shows his lazy innocence. His biggest concern is getting a stronger radio antenna with a signal to reach America, and the impending war barely registers in his mind. Martin rides his bike through town, goes swimming with his buddy, and works at a gas station. That’s about it. The return of his father and Azra’s arrival radically changes his life and could have lasting effects into the future. Boris Ler brings just the right idealism to a role that could become too much in the wrong hands. Martin’s dreams of running away with Azra might seem like a pipe dream, but they’re understandable because Ler sells his confidence. 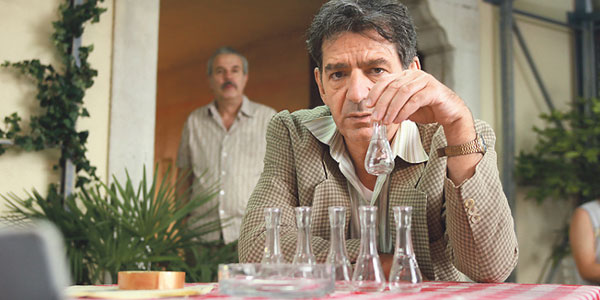 Cirkus Columbia is directed by Danis Tanovic, who won the Oscar for Best Foreign Film with No Man’s Land in 2002. Its relationships cover familiar territory but generally ring true because of his understated direction. Tanovic lets the key emotional scenes play out in front of us without accentuating them with music or invasive camera work. Instead, he brings a casual grace that begins slowly but offers rewards by the story’s end. Although it’s set in a specific time period, this film could shift to a variety of settings or eras and still be effective. Both the family drama and the impending war raise concerns that are faced across the world and don’t relate specifically to the Yugoslav conflict.

Tanovic manages to sidestep most of the obvious plot moves, but there are a few minor slip-ups. The characters spend a great deal of time looking for Divko’s missing cat, and it grows a bit tedious. Also, the climax feels a bit too clean and easy, particularly with one character’s quick change of tune. The danger goes away quickly and doesn’t introduce any real tension with their predicament. There is an excellent final scene that juxtaposes the impending war with a renewed human connection. Even while the explosions draw closer, there’s still time for the tightly wound characters to let loose and share a sweet moment. This closes the film on a strangely positive note, even while the nasty conflict looms ahead.
Film Review