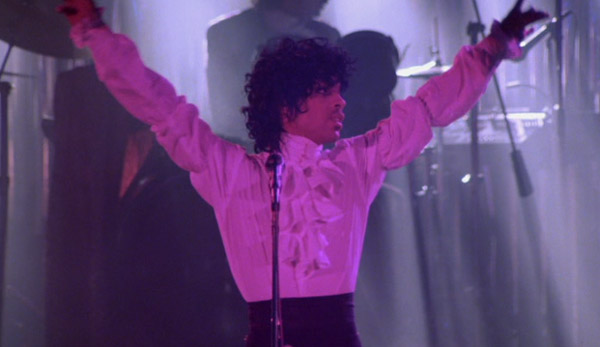 A few years ago, Entertainment Weekly published an article online that asked if 1984 was the greatest year ever in movies. Their support included Footloose, Romancing the Stone, Conan the Destroyer, Indiana Jones and the Temple of Doom, and many others. These are entertaining films, but I'm not sure they help the case for the best year ever. Looking through the releases of 1984, I will say there are many strong films that remain well-known 27 years later. Given this fact, I'm focusing this entire marathon on this single year. I was only eight years old at the time, so I missed some of the key releases. This is especially true of the five movies nominated for Best Picture. Amazingly, I've seen none of them but will catch up with a few during this marathon. I'm starting in a different realm with an extremely popular music film that's eluded me thus far. Let's journey to Minneapolis and find out if Prince has what it takes to make the big time.

So, what’s the story about?
The Kid (Prince) is a rising star on the Minneapolis music scene, but his personal demons may stand in the way of his success. His mom (Olga Karlatos) and dad (Clarence Williams III) are constantly fighting, and his dad's behavior is abusive. Life is looking up when he meets Apollonia (Apollonia Kotero), an aspiring singer, and romance blooms. On stage, he's competing with Morris (Morris Day) and his band The Time, who have a clearer vision on what it takes to make it big. When the club owner threatens to cut his act, the Kid has one more chance to prove that he's ready to be a star. 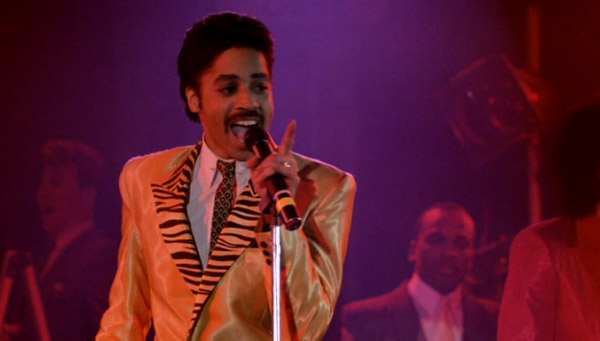 What are the major themes, and how do they connect to the key issues of that time?
Purple Rain's main goal is to showcase Prince's music, so the basic themes don't get much attention. The Kid is dealing with issues with his dad, which makes him afraid of achieving success. His father is a talented piano player, but he never made it. Clarence Williams III makes this sorrow believable even when stuck in an obvious formula. There aren't any themes that are unique to the mid-'80s. However, the atmosphere of that time period is present in the clothes, the look of the First Avenue nightclub, and especially the fine music. Along with Prince's classic songs, the soundtrack includes "Jungle Love" by the Time, a catchy song that you'll still hear today on conventional radio. While Prince has been relevant across multiple decades, Morris Day and the Time are a perfect example of an '80s pop band. They still perform live today, but I'm guessing most of their tunes come from this era. The story takes place entirely in Minneapolis and connects to Prince's real life, so it's more about his personality than depicting a certain time period. 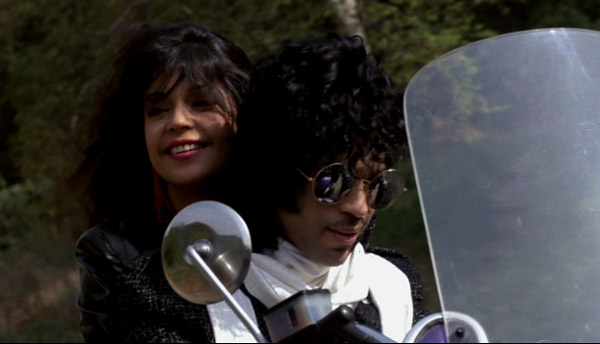 Does the story hold up well today?
The love story is pretty flat and unconvincing despite a few cute early scenes. The main issue is some cringe-inducing line readings from Apollonia and Prince. Some of the supporting players at the club are even worse. The screenplay was written by Director Albert Magnioli (American Anthem) and William Blinn, who primarily worked on TV shows like Eight is Enough, Hunter, and Fame. This project began with Prince, so I'm guessing these guys didn't have much leeway to stretch the story. Even considering this fact, the dialogue and situations are really simple and obvious. The saving grace that keeps this movie enjoyable today is the music, which remains striking 27 years later. "When Doves Cry", "I Would Die 4 U", "Let's Go Crazy", and the title track are classics that have lost none of their luster. A few songs like "Darling Nikki" don't hold up well, but they are largely forgotten among the hits. 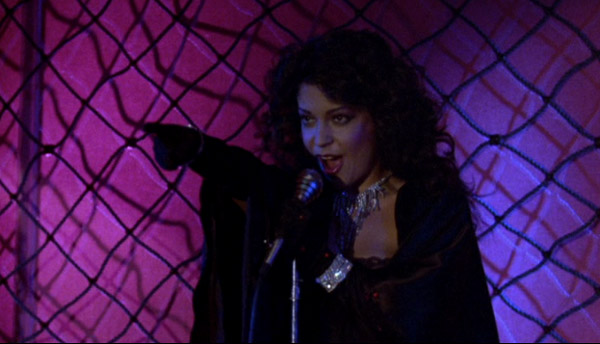 What are some of the most memorable scenes?
The definite highlight is the final act, where the plot moves aside and Prince closes out the movie by performing a bunch of songs. It begins with "Purple Rain", which pushes aside the doubters and shows that the Kid is a winner. Afterwards, even the skeptics like Morris and the club owner are dancing along to the upbeat tunes. The performances are exciting and have a fun energy, but the audio is just the versions from the album, which is disappointing. On the negative side, there's the ridiculous song from the Appolonia 6 of "Sex Shooter", which feels like a parody you'd see on Saturday Night Live. Here are some sample lines from the chorus: "I'm a sex shooter/shooting love in your direction/I'm a sex shooter/come and play with my affection." I was stunned to learn they were actually a real act put together by Prince and released a self-titled album months before this movie. Amazing! 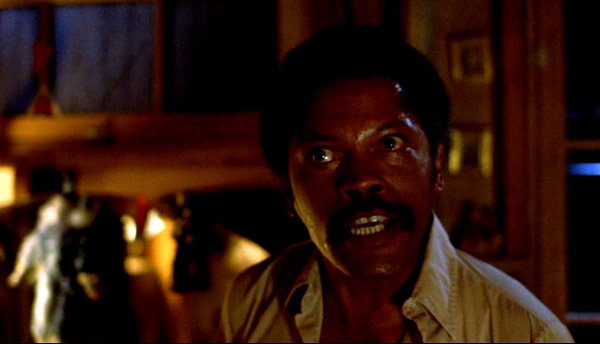 How’s the direction? Is there an original vision?
Magnoli's career is fairly thin and includes a few TV episodes along with several films. The fact that Prince went on to direct his next two movies, Under the Cherry Moon and Graffiti Bridge, leads me to believe that he had a lot of input into this movie. This is the best of those three movies, which could be due to Magnoli, but it's mostly due to a more straightforward story and superior music. There are sequences within this movie that resemble high-quality music videos from that time period, so I don't mean to be too harsh. However, the overall style is lacking and only comes out during the performances at First Avenue. The rest feels more like a TV movie in both its direction and subject matter. 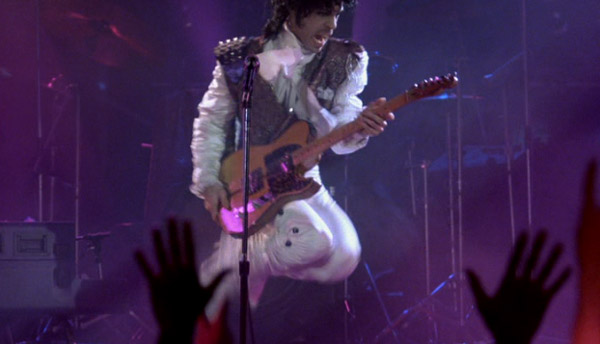 Would I rather see this film again or listen to the Van Halen album 1984?
This question isn't entirely fair because I wouldn't call myself a huge Van Halen fan. However, I couldn't resist and feel that it provides a fun gauge for my enjoyment. In this case, I would definitely prefer to watch the performances again before listening to the Van Halen album. That said, I'd rather give it a listen before checking out some of the awkward dialogue scenes. Apollonia is attractive, but that only goes so far over the course of a feature film. Thankfully, the dramatic moments exist in the background and are forgotten amid the great music.

Purple Rain outshines Prince's other dramatic films and provides entertaining music within the generic story. I'm glad that I finally caught up with it even when you consider the mixed results. I'm inspired to go back and listen to some Prince songs that have been languishing in my IPod for too long.

Next week, I'll grab the popcorn and a large soda and spend nearly four hours with Robert De Niro, James Woods, and others as Sergio Leone presents Once Upon a Time in America. Later this week, I'll gear up for the rock 'n' roll of Walter Hill's Streets of Fire.
Film Review