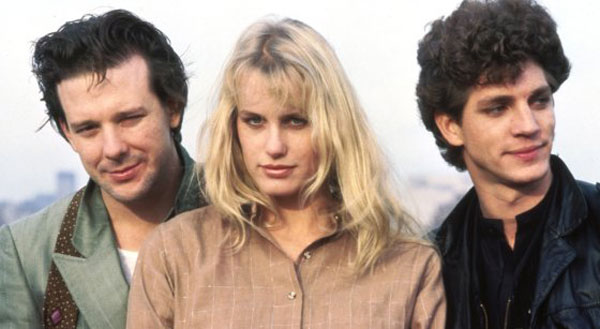 One of the intriguing parts about doing this marathon is catching early performances from actors now entering the latter stages of their careers. A good example is The Pope of Greenwich Village, which stars Mickey Rourke, Eric Roberts, and Daryl Hannah before most of their signature roles. This drama gives the trio a chance to show their acting chops, especially the two male leads. Watching Rourke as a young man, it's almost hard to believe this is the same worn-down guy who resurrected his career just a few years ago. His charisma is evident from his first moment on the screen, and he's consistently engaging, even when delivering unconvincing material. Rourke's a handsome guy, but even this younger character conveys some of the emotional baggage we saw in The Wrestler. His face is less scarred, yet the difficulties of life remain for this well-meaning guy.

Rourke stars as Charlie, a restaurant manager with ambitious hopes to buy his own place one day. This seems like a pipe dream, especially because of his connection with Paulie (Eric Roberts), his troublesome cousin. Charlie needs to separate himself and make his own life, but he keeps getting pulled into Paulie's dim-witted schemes. In his own strange way, Paulie actually means well, but he's not the brightest person you'll ever meet. He invests in a horse that reportedly was artificially inseminated by a champion, so he believes it's a "can't miss" opportunity. This seems like a terrible idea, and the fact that one of his associates goes by Jimmy the Cheese Man (Joe Grifasi) is never a good sign. It is true that the guy sells cheese, but a silly nickname should be discouraging. Paulie's great at convincing even the hesitant Charlie about his schemes no matter how ridiculous they sound. 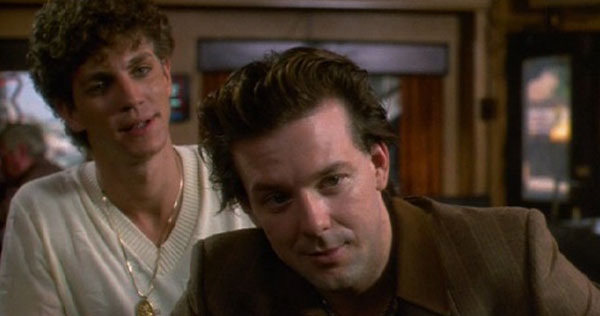 The Pope of Greenwich Village is basically a crime film, but it functions more as a family drama than a gritty thriller. Charlie has no money, job, or legitimate prospects, yet he spends more time hanging with his cousin than anyone else. His girlfriend Diane (Daryl Hannah) is ready for the next step, but he seems more focused on staying in the neighborhood with Paulie. They're all about dressing nice, going to cool places, and spending money, but they don't seem concerned with actually working for it. This is the trickiest part of Vincent Patrick's script, which asks us to identify with fairly delusional characters. This story is adapted from his novel from the same name, and he's clearly aligned with Paulie and Charlie. Diane's portrayed fairly in the movie but remains an outsider, even when she becomes pregnant. This difficulty makes it tough to care too much for the guys (especially Paulie), despite the interesting story.

The main plot concerns the attempted heist of $150,000 from an easily-accessible safe at a neighborhood business. Charlie and Paulie team up with Barney (Kenneth McMillan), a middle-aged safe cracker looking for one last score before settling down. Their straightforward heist gets trickier when a trigger-happy cop arrives on the scene. The end result places them in the local mob's crosshairs, which could lead to a nasty result. While the hoodlums close in on the trio, they look for some way out of this dire situation. The final act is fairly unconvincing, but it's helped considerably by the excellent work of Burt Young (Paulie from Rocky) as Bed Bug Eddie. Along with having an awesome name, this mob boss doesn't take kindly to being robbed. In just a few scenes, Young makes Bed Bug convincing and one of the story's most unique characters. 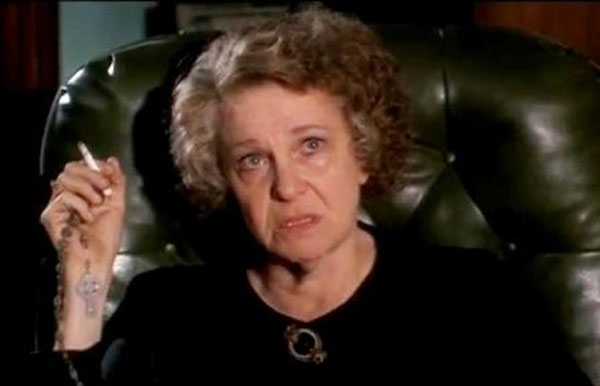 After watching the epic Once Upon a Time in America last week, it was refreshing to see a more personal crime story. Veteran Director Stuart Rosenberg (Cool Hand Luke) presents a believable Italian neighborhood that feels like the right place for guys like Charlie and Paulie. Roberts gets the flashier performance, but it's Rourke who leaves the stronger impression. Charlie believes he's a lot smarter than he actually is and often falls into the same traps as his cousin. Rourke plays this arrogance well by making him an initially likable guy. His faults only become evident near the end, even as he discovers a possible way out. The impressive performances help The Pope of Greenwich Village overcome its significant flaws. I haven't even mentioned the Oscar-nominated Geraldine Page as Mrs. Ritter, a lonely old woman struggling to deal with the loss of her son. She only appears in two scenes, and I think the nomination is pretty silly, but she leaves a strong impression. The movie won't blow you away, but it's worth seeing for an early look at Rourke and solid acting from the entire cast.

On Friday, I'll hit the dance floor and present my Top 5 Movie Dance Sequences. Next week, I'll head to the opera in Vienna to check out Amadeus.
Film Review