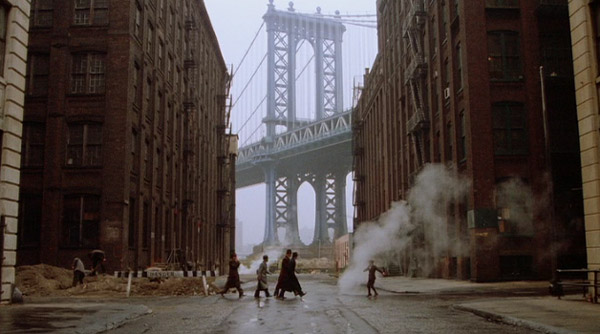 Over the years, I've developed a slight aversion to watching extremely long films, even when they're considered masterpieces. This preference for shorter fare relates more to time limitations at home than a difficulty sticking with a lengthy story. One of my main reasons for starting this blog was to push me to check out movies that have been on my "to see" list for a long time. A good example is Sergio Leone's 229-minute Once Upon a Time in America, an epic gangster story that crosses multiple time periods. The studios slashed the U.S. theatrical release by 90 minutes, making the shortened version a confusing mess. Although it was a nearly four-hour experience, I'm glad that the complete film was available on DVD for this post. It's good practice to prepare for some epic Oscar-nominated films in the upcoming weeks. Let's get to the questions!

The time is 1933 near the end of Prohibition in New York City. David "Noodles" Aronson (Robert De Niro) is on the run from the mob after betraying his buddies to the cops. Working with his friend Max (James Woods), Noodles had great success in the criminal world, but their reign is over. Hiding in an opium den, he thinks back to their childhood in the 1920s as they came of age and started their life of crime. We also travel to the future and watch a sad Noodles as he returns to confront his tragic past. A major regret is his failed relationship with Deborah Gelly (Elizabeth McGovern), an actress who spurned his forceful advances. Jumping back and forth among the time periods, we begin to understand the complex story, which culminates in a stunning final revelation that drastically changes Noodles' perspective. 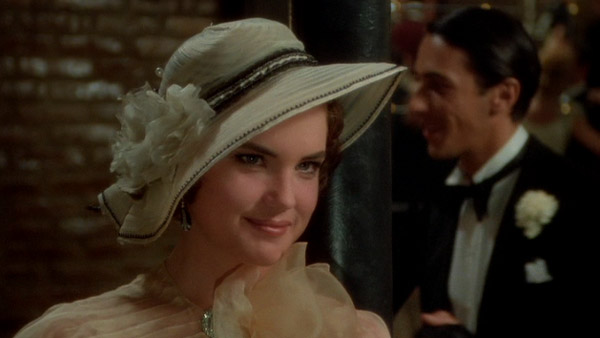 Given this story's epic scope, there are far too many themes to cover, so I'll focus on a few areas. One striking element is the gangsters' sadistic natures, particularly in their treatment of women. Noodles is the lead character, but he's no saint and participates in two rape scenes. In one example, he's rejected by Deborah in the back seat of a car and goes way too far. It's a brutal sequence and clearly reveals his animalistic side that's been present since his childhood in Brooklyn. What's intriguing is the way that Leone presents this material. The aftermath of the rape includes nostalgic, sad music that appears to side with Noodles' perspective as a spurned guy. He might regret going overboard, but I never get the sense that Leone regards him as a deviant individual.

This moment brings up the larger point about the depiction of women throughout the film. The enigmatic Deborah is actually the most positive character when you compare her to others like Carol (Tuesday Weld) and Eve (Darlanne Fleugel). Both are of them exist only for sex and never become three-dimensional people. This story is presented from Noodles' perspective, so you could take this depiction as a reflection of his own sexism. However, this approach doesn't excuse Leone from presenting Noodles' mistakes in such a nostalgic light. 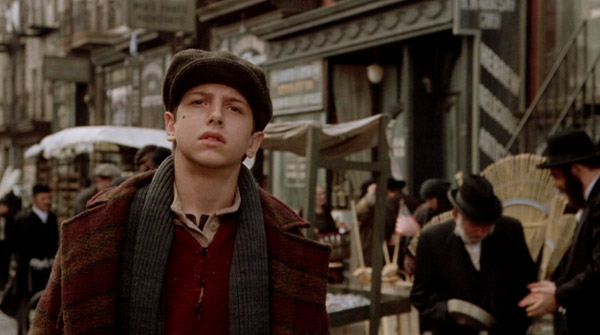 Since this film is set well into the past, it doesn't feel dated when viewed several decades after its release. Gangster movies remain popular, and having Robert DeNiro as the lead is a positive way to retain interest. The one element that differs from later hits like Goodfellas and The Departed is the slow-moving pace, which might put off viewers expecting fast-paced montages and quicker action. Leone was in his 50s when he shot this picture, and the style feels closer to classic Hollywood than modern-day thrillers. The violence appears in short, brutal bursts, which increases the intensity and make them effective today. The other difficulty might be the length, but this story is covering a tremendous amount of material. Even given the nearly four-hour running time, the finale still feels rushed because of a surprising twist late in the game. It seems a bit out of left field but makes sense when you consider the entire movie as a whole. 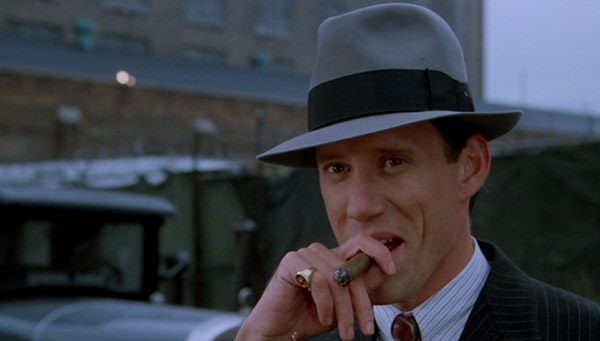 This film opens with a intricate montage that drops us into Noodles' situation while on the run from the mob. After several instances of brutal violence, we join him in an opium den as he hides from certain death. Over the jarring sound of a ringing telephone, Leone offers brief glimpses of the past and Noodles' betrayal of his friends. The ring plays for several minutes and cleverly shows his regret while he drifts into a drug-induced haze. Another stunning moment is the aftermath of a jewel heist, where Max and the gang violently turn the tables on their gangster allies. This betrayal surprises Noodles and the audience and reveals the lack of a true code of honor in this environment. They gain wealth and power, and the end result is suspicion of everyone, including childhood friends. James Woods effectively plays Max's growing paranoia, which could bring down the entire gang. The end of Prohibition in 1933 could offer great opportunity, but it also represents the end of their glory days as the invincible kings of the streets. 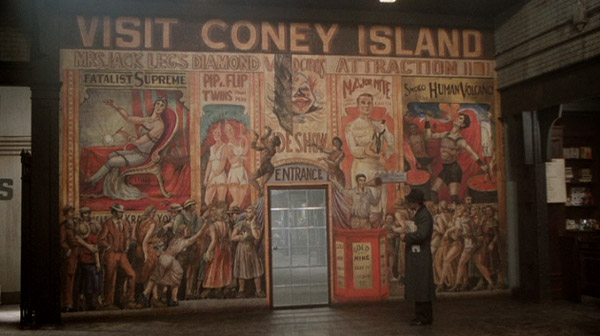 Once Upon a Time in America is a gorgeous film that's tailor made for the big screen. This is not the type of movie you should watch on an old 13-inch TV at home. Sergio Leone delivers many shots that could function as striking photographs from the American past. This is especially true in the idealized sequences from Noodles' childhood before he encounters jail and tragic losses. Employing a sweeping score from Ennio Morricone, Leone takes his time and delivers a stunning visual epic. He also finds clever ways to jump across time periods, including a leap accompanied by a Frisbee throw. Although it's adapted from Harry Grey's novel The Hoods, this is clearly the director's movie. The downside is that certain moments drag on for extended periods, while others aren't explored deeply enough. I didn't have a problem with the length, but some of the beautiful footage appears at the expense of building relationships, particularly the romances. Reports indicate that a new extended cut that runs 40 minutes longer is being prepared for a future release. It's possible this would provide a clearer focus on the characters who are thinly drawn in this version. 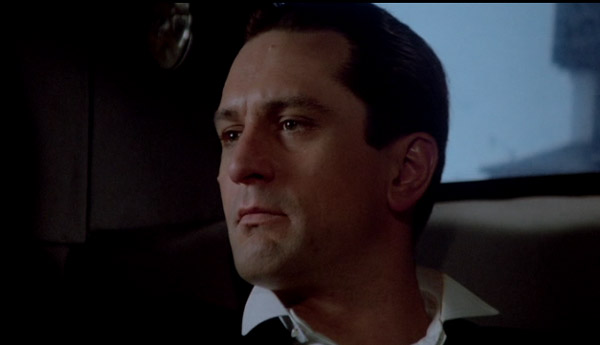 Would I rather see this film again or listen to the Van Halen album 1984?
I will say the major benefit of listening to the album is its much shorter running time. I don't have to schedule two nights to give it a listen. This movie does have a lot going for it, however. The acting is top-notch, though DeNiro doesn't match the intensity of his best performances. Familiar faces like Joe Pesci, Burt Young, and Danny Aiello bring weight to minor roles and create a believable world. Given the subject matter and cast, this feels like a movie that I should love, but it's missing that extra connection to reach the top tier. It's more of a collection of strong scenes than an excellent whole, but those are definitely memorable. The result is worth seeing for the strong cast and storied history, especially when you consider the serious cuts. A much shorter version with the linear story line sounds like a disaster and would remove the film's best elements. This likely explains the lack of Oscar love for this epic production.