When Am I? Marathon: Navigator: A Medieval Odyssey (1987) 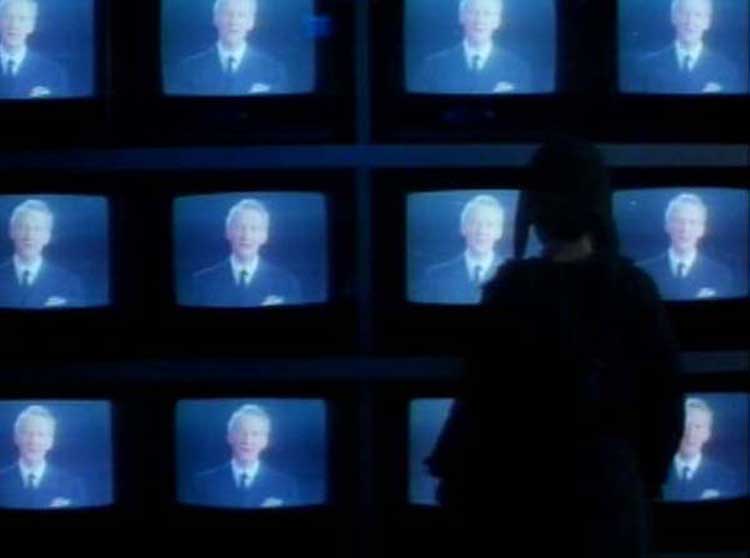 After digging into the romantic side of time travel last week, I'm closing out this marathon with a "fish out of water" tale of medieval guys in a 1980s city. Judging by the low quality of the DVD I picked up at the library, this isn't a movie that's been making the rounds lately. Regardless, I've taken the gamble and stayed with it until the confounding end.

We begin in 14th-century England. The Black Death is overtaking the country, and hope is grim. Young Griffin (Hamish MacFarlane) sees a vision that drives the group of guys to tunnel underground to escape the plague. Amazingly, they arrive in modern-day New Zealand, but the guys just think it's a big city in their timeline. Led by the reckless Connor (Bruce Lyons), they search for a church that may hold the key to overcoming the Black Death in their own time. The danger rises when Griffin's latest vision shows a future death. His visions have been correct so far, so the outlook is grim for the out-of-place medieval group.

Although it requires some serious digging under the Earth, the time travel is actually pretty straightforward. They arrive in the sewers beneath the city, and before you know it, the bright lights of the city appear. This is another case where you just have to take the leap and believe in this magical tunnel. The tricky part is Griffin's visions, which are incredibly detailed and offer glimpses at the events to come. Director Vincent Ward (What Dreams May Come) starts the movie with a montage of images from Griffin's mind. It's a disorienting opening and fairly intriguing, but the off-putting effect doesn't allow us to connect with the story. Instead, we're stuck trying to figure out what we're seeing, which isn't a wise idea. 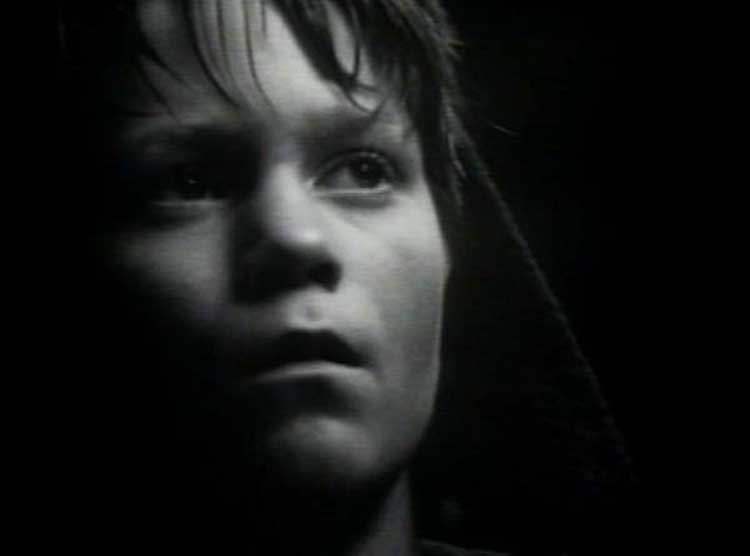 Navigator's abrupt opening doesn't give us the chance to really connect with most of the characters. Griffin is an interesting kid and seems worth our time, but the rest of them are mostly one-note guys. Connor, the other main character, gets a ridiculous first scene with a singer belting out "Connor!" as his face occupies much of the screen. This is one of the sillier introductions that I've ever seen, and it's trying way too hard to paint him as the hero. Bruce Lyons has a decent screen presence, but the adoration shown by Griffin and the camera is too much. We do see a few colorful supporting characters in New Zealand, particularly three metal experts who assist with their mission. These guys are fun but seem like they're in a different movie from the serious medieval characters.

This movie wasn't nearly as dull as Somewhere in Time, but it did include some slow patches, especially in the first act. Once they arrive in New Zealand, there are some entertaining "fish out of water" moments for the group. The best involve their frightened attempts to cross a highway as cars zoom by. One character eventually just gives up, reduced to a whimpering mess by the modern vehicles. Another crazy scene has Griffin and a few other guys transporting a horse across the water to reach the church. Their progress is stopped by the surprise arrival of a submarine, which they attack with crude weapons. I was hoping for these surreal moments throughout the movie, but they occupy just a few scenes.

My understanding of how 14th-century England should appear is limited, so I can't really say if it's believable. Ward presents that time period in black-and-white, and the rest of the scenes in color. The scenes in the past have an interesting look and feel more like an art film than a straightforward narrative. This contrasts sharply with the dingier modern footage, which shows night in the city. There are some impressive shots, but the consistency is lacking on the whole. The set design is fine, but it's tougher to maintain our interest when the story feels thrown together.

Once you get past the idea of tunneling through the Earth to reach the present, it's a pretty straightforward situation. However, there is a possible switch-up near the end that raises questions about everything we've seen. I'll tread carefully here with spoilers, but I have to discuss this twist in some way. Basically, the story's moving along in New Zealand, and an abrupt cut makes us question whether some events actually happened. Is our narrator unreliable? It seems unlikely given the similarity between what we see and modern New Zealand. How would he know about cars, submarines, and TVs from Medieval times (not the dinner theater show)? Regardless of the answers to my questions, this twist falls short and feels like a desperate attempt to deepen the experience.

Navigator has an interesting premise and includes some impressive shots, but it feels more like an incomplete student film than a completed product. I don't mind confusing films if the structure has a purpose, but Ward's risks never come together to build a convincing movie. There's potential with the time-travel set-up, and it's disappointing that it never plays out.