For the remainder of this week, I'm switching gears and will discuss a few interesting time travel episodes from my favorite TV shows of recent years. On Friday, I'll make the difficult attempt to nail down the Top 5 Time Travel Episodes from these series. It won't be easy and will certainly skip some obvious choices, but I'll give it my best shot.

I'm starting to think that I write too much about the Stargate franchise. This is my fourth post about one of the series, and I've reviewed pretty much all 17 seasons in some format. However, this is the first time that I've discussed the first and best incarnation, Stargate SG-1. Premiering during the summer of 1997, this adaptation of the 1994 Roland Emmerich film expanded the original premise and built a complex world. Richard Dean Anderson lightened the tone considerably in the lead role of Jack O'Neill (originally a stern Kurt Russell), and the other lead actors created likable characters. Amanda Tapping (Samantha Carter), Michael Shanks (Daniel Jackson), and Christopher Judge (Teal'c) joined Anderson and the stalwart Don S. Davis (General Hammond) to complete the likable main cast. The sci-fi adventure series didn't really hit its stride until the end of the first season, but the characters kept viewers engaged while the stories evolved. 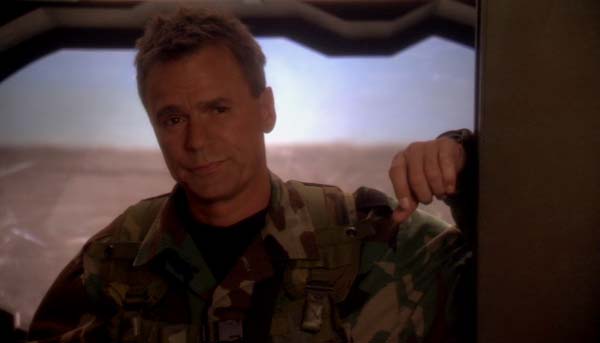 SG-1's creative peak occurred during Seasons 3-5, but it continued to offer consistent excitement as the years rolled by. The main reason was the lead cast, even as Anderson pared down his schedule due to family commitments. During the eighth season, the announcement came out that it would be his last. The writers had shifted O'Neill to an Earth-bound role during that year to match his limited availability. He rarely traveled off-world with the others, but Anderson still made an impact during his reduced scenes. The season's main story arc concluded with "Threads," which saw the end of most of their long-time enemies. This 90-minute episode ranks among the series' best and includes some classic emotional moments. With two episodes remaining, the producers decided to give O'Neill one last adventure through the Stargate. The result was the two-part "Moebius," a throwback to both the movie and TV pilot that closed the season almost perfectly. 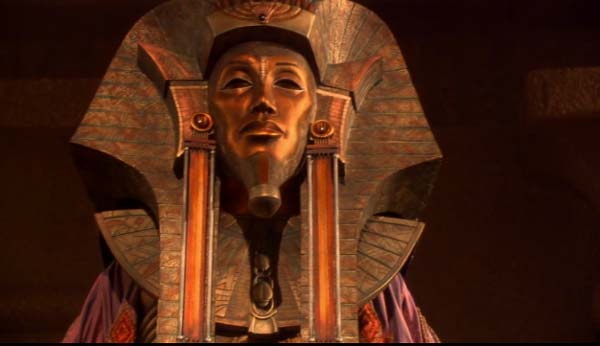 This episode opens in a low-key fashion as life goes on for our heroes after the conflict. Now that their big enemies are gone and the world is saved, the gang is ready to take it easy. When Daniel's longtime friend Catherine Langford dies, he receives a large stash of artifacts from her estate. One of them indicates that a Zero Point Module (ZPM) was present on Earth in 3,000 BC. For novices, a ZPM is a huge source of power that could really help the Atlantis expedition. If SG-1 can locate this device, it could save the day on the spin-off series and connect Earth to Atlantis. Coincidentally, there's a time machine available that Jack can fly. It's a risky move because of possible disruptions to their timeline, but they decide it's worth the risk. Bring on the Pyramids! 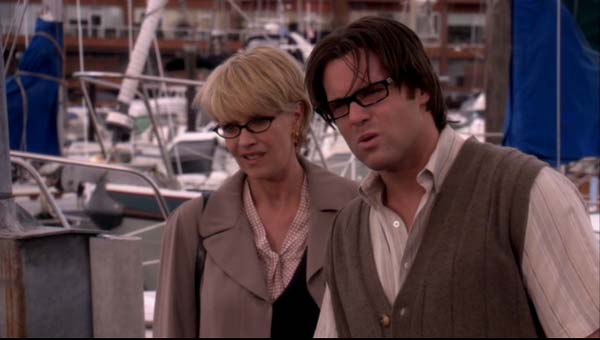 Predictably, unforeseen complications appear that leave the team stranded in the past. They hope to avoid disrupting the time line, but the plan again falls apart. It's not on the level of the Biff Tannen-dominated 1985 in Back to the Future 2, but there are major changes. First of all, Daniel and Sam are stuck in dead-end jobs and have become strangely dorky. The Stargate wasn't discovered, but would it make them so ridiculous? This change is really just an excuse to let Tapping and Shanks act differently, and they give it a shot. I'm not sure we need the constant facial quirks (especially from Tapping), but that's toned down as we move along. Jack's a retired fisherman, but this time he's still got his Minnesota accent. When a strange video's discovered showing all of them (and Teal'c) in the past, the military summons the trio together for a new adventure. 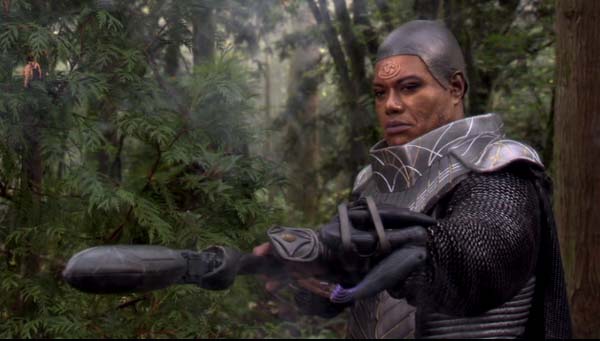 "Moebius" is an entertaining two-part episode that brings multiple versions of the gang together for a cool adventure. It's not one of SG-1's greatest episodes (or even the top time-travel one), but it represents a classic example of the best elements of the show. The team dynamic is a key factor, and it's the strongest when Jack's a part of the mission. The other three actors are likable, but Anderson's wit and screen presence make them even better. Another major element is the time-travel format, which allows for guest appearances from past villains like Apophis (Peter Williams) and even Ra from the feature film. It's too bad that Jaye Davidson does not make a return appearance. There are numerous references to other episodes throughout the two parts of "Moebius." It's a love letter to fans and would have functioned perfectly as the series finale. Sadly, this was not the case. 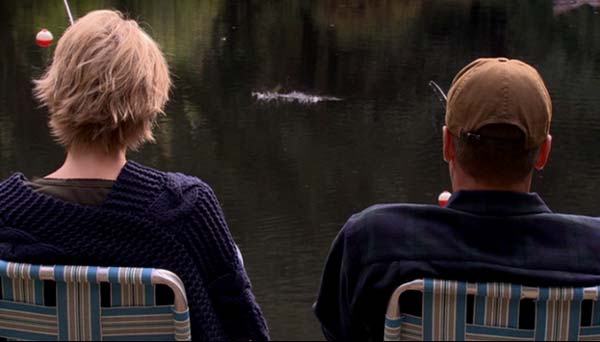 Honestly, I did enjoy the final two seasons of SG-1. Farscape's Ben Browder and Claudia Black joined the cast and did a good job, but something was missing from the overall tone. Anderson's absence was part of it, but another issue was the Ori, an ambitious but flawed attempt to comment on religious fanaticism. Beau Bridges and Louis Gossett Jr. joined the fun, and it was an entertaining ride. It just wasn't the same show. I choose to think of the final two years as a solid but inferior spin-off of the original. "Moebius" offers an excellent conclusion to eight great seasons of an underrated sci-fi gem.
Stargate SG-1 TV Review