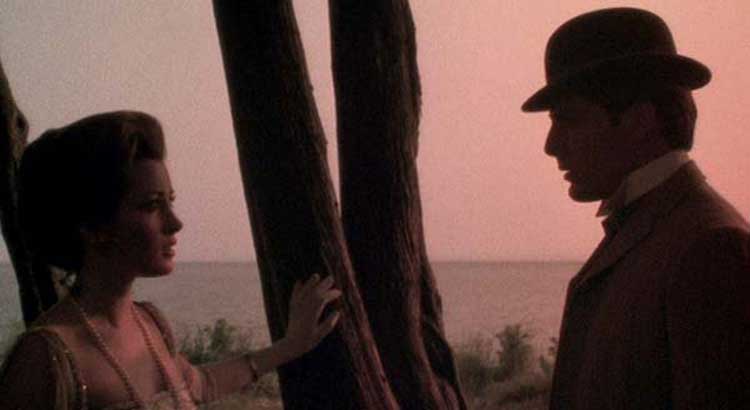 Continuing the theme of romantic time travel from yesterday's The Time Traveler's Wife post, I decided to journey back to 1912 with Christopher Reeve. I did see Somewhere in Time on video as a kid, but my memories are really hazy. If they were clearer, it's likely I would have skipped this slow-moving movie. Shot like a period piece, this story tries to sell eternal romance but just ends up being silly. Fresh off his star-making role in Superman, Reeve was looking for something different than an action-hero role. He definitely found a change of pace here, but this was not a wise idea. This was a painful experience.

Richard Collier (Reeve) is a young playwright with a promising career, but his mindset changes after a strange encounter with an old woman (Susan French) at a party. She eerily says "come back to me" to Richard and strolls away, leaving him frightened and confused. Eight years later, he's struggling as a writer and starts investigating the mysterious old woman. After learning some surprising news, Richard decides to actually try to go back in time to find her. He's enamored with a picture of her as a young woman and stares at it lovingly. Beginning to lose his marbles, he sets up his room at the Grand Hotel with only items from the period. It takes a few attempts, but (spoiler alert!) he actually transports himself to 1912. Through sheer force of will, Richard uses his mind to travel back through time. He didn't even need to fly around the Earth. Take that, Superman! 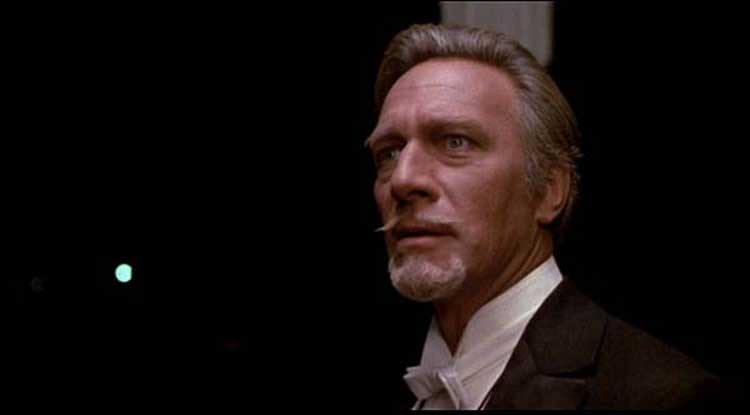 Somewhere in Time is a pretty film, with attractive period costumes from everyone involved. There are some mild jokes made at the expense of Reeve's outdated suit, but he still looks sharp. The object of his affection is Elise McKenna (Jane Seymour), a stage actress with a controlling manager (Christopher Plummer). In a strange way, he has her best interests at heart, but Plummer does mustache-twirling to make him seem more villainous. When Richard first meets Elise, she seems to know him and asks "Is it you?" What the heck is going on here? She claims that her manager is a psychic and foresaw his arrival, which sort of makes sense. Later on, Elise goes off the script on a stage play and directly addresses her new love Richard, who she's just met. Her comments say that the man of her dreams has "almost faded now." This hints that Elise is aware of his time travel, but it's never made clear again.

Adapted by Richard Matheson (I Am Legend) from his 1975 novel Bid Time Return, this film pushes the idea of love that stretches beyond time and space. Both Richard and Elise seem to know the other when they're first introduced (in the present and past). Their time together is short in 1912, but it affects the rest of their lives. I'm generally not a cynical viewer, but Matheson and Director Jeannot Szwarc (Jaws 2) pile the sentimentality on so thick that it's nearly unbearable. Everything moves along at a snails pace; characters talk and walk very slowly. The worst offense comes from the score, which plays almost constantly to sell the melodrama. Reeve and Seymour are likable actors and good-looking, but that's not enough to liven up the dull pacing.

A surprising discovery from the DVD was the existence of INSITE, the International Network of Somewhere in Time Enthusiasts. For more than 20 years, this group has declared their love for Somewhere in Time, which they call the "most romantic love story ever filmed." They also publish a quarterly newsletter. On the DVD feature, its founder Bill Shephard passionately describes why he loves this movie. It's pretty amazing that such a devoted cult following has appeared for such an odd film. I expect that its goofiness is part of the charm that keeps them coming back for more. Even though I don't share their love of the movie, it's hard not to find their passion endearing. 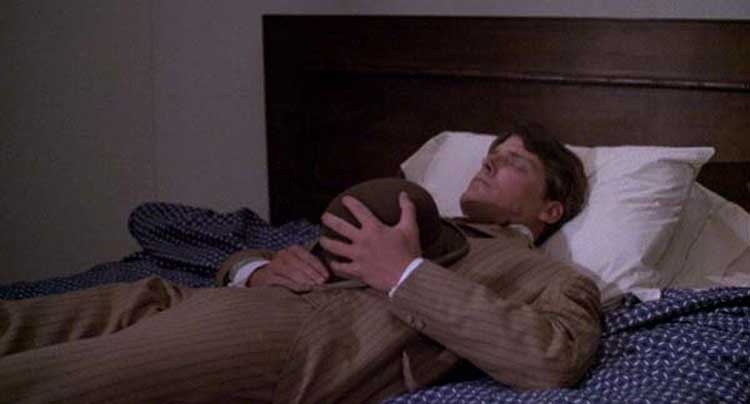 Looking at the positives, I did enjoy the simplicity of the time travel within Somewhere in Time. After speaking with a psychologist who claims to have made a trip, Richard does a few tweaks and succeeds fairly easily. He does need to be careful, though. Seeing an item from the present day can quickly pull him out of the past. This raises the question of whether he's really traveled back in time, or it's all in his head. My take is that he did make the trip, and I believe Szwarc shares this idea. However, you could make the case that Richard is delusional and convinces himself that he's living in 1912. This aspect of the story is intriguing and almost makes the movie worthwhile. Sadly, it's not enough to make up for the tedious pace and heavy-handed melodrama. There's some interesting concepts tucked away inside the film, but the love story is the focus and kicks those ideas to the background.
Film Review