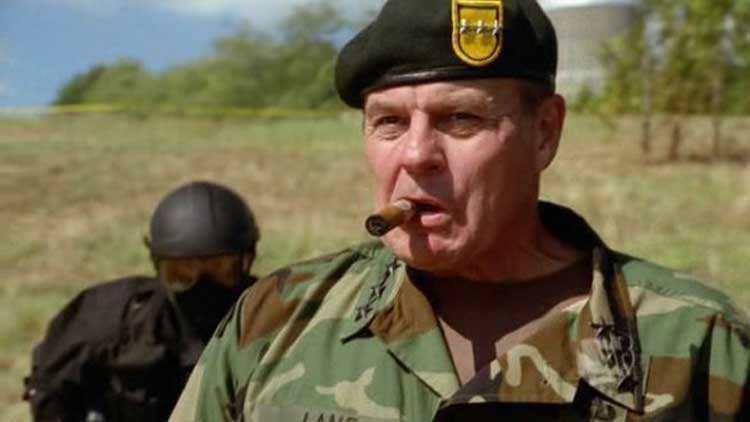 One of my favorite aspects of Cruel Gun Story was the two main characters’ preference of using their fists over talking during nearly every situation. Togawa and Shirai spend a good portion of the film punching guys and imposing their will through tough-guy intimidation. When their backs are against the wall, they grit their teeth and stay determined to fight their way out. There are many more than just five actors that embody this tough-guy ethic. I’ve picked out some of the most memorable character actors who can send chills with just a look and move mountains with their fists. 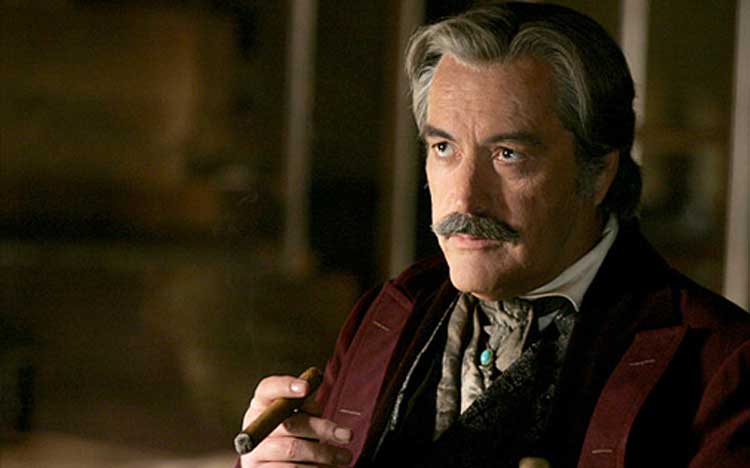 Honorable Mention: Powers Boothe
Signature films: Tombstone, Sudden Death, U Turn
I first discovered the charismatic Texan Powers Boothe through his wonderful role as Curley Bill Brocious in Tombstone. His character's glee in creating mayhem contrasts perfectly with the intense stares of Michael Biehn's Johnny Ringo. Boothe has built an impressive career playing bad guys who don't just commit terrible acts; they enjoy them. His presence on screen makes us suspect him immediately, which brings surprise to the rare cases when he's a good guy. Even in silly action movies like the Jean-Claude Van Damme vehicle Sudden Death, he survives the mess because we believe in his authenticity. 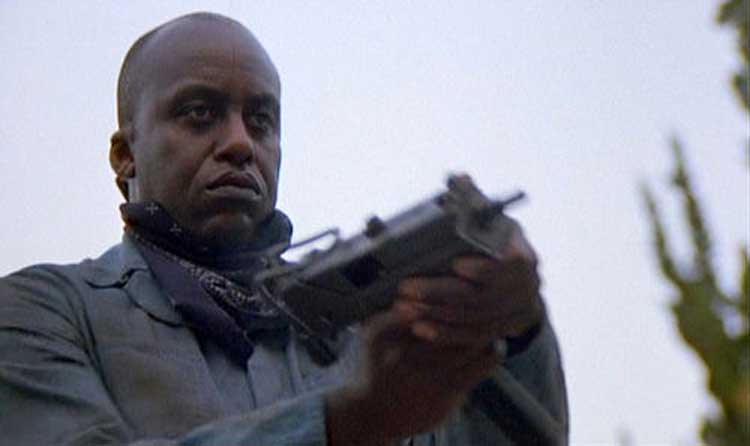 5. Bill Duke
Signature films: Predator, Commando, The Limey
Few actors can change the tenor of a scene just by walking into a room. With his unique look and eerily raspy voice, Bill Duke induces chills with just a few well-timed words. Even in brief one-episode stints on Lost and Battlestar Galactica, he makes quite an impression. Along with excellent supporting roles in a number of films and television series, he’s also made his name as a director with impressive movies like Deep Cover and Hoodlum. 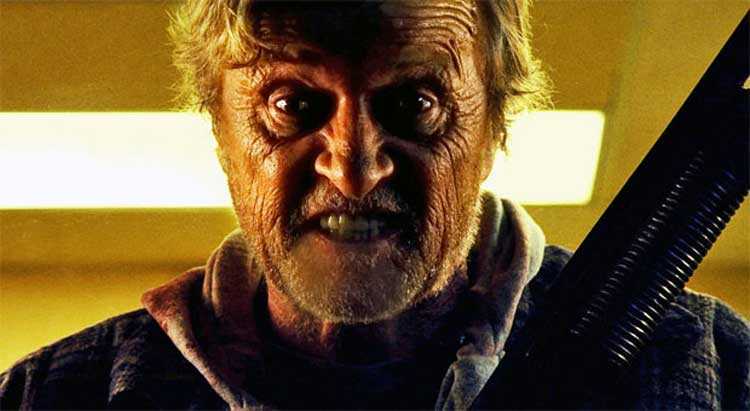 4. Rutger Hauer
Signature films: Blade Runner, The Hitcher, Sin City
This Dutch actor has more than 120 film credits, including the classic role of Roy Batty in Ridley Scott’s Blade Runner in 1982. Although he’s obviously talented, Rutger Hauer spends a lot of time chewing scenery with imposing, crazed performances. His appearance in Sin City was brief, but he embodied pure evil in just a few moments. When Hauer’s characters appear on screen, their enemies had better run for cover. 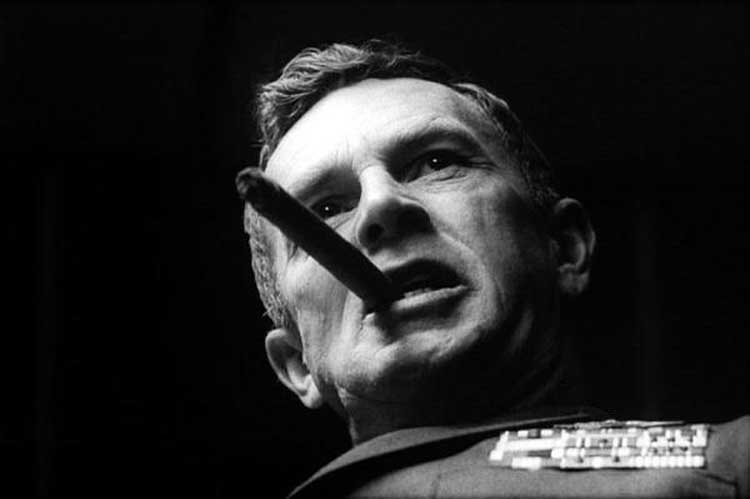 3. Sterling Hayden
Signature films: The Killing, The Godfather, The Long Goodbye
Easily the most handsome guy on this list, Sterling Hayden was a leading man in his younger days but deserves to be on this list due to some remarkable late-career performances. Even his lead role in The Asphalt Jungle back in 1950 is a tough guy in the noir model. Standing well over six feet tall, Hayden doesn’t need to threaten his enemies. When guys see him confidently enter the place, they’ll pretty much do anything he says. 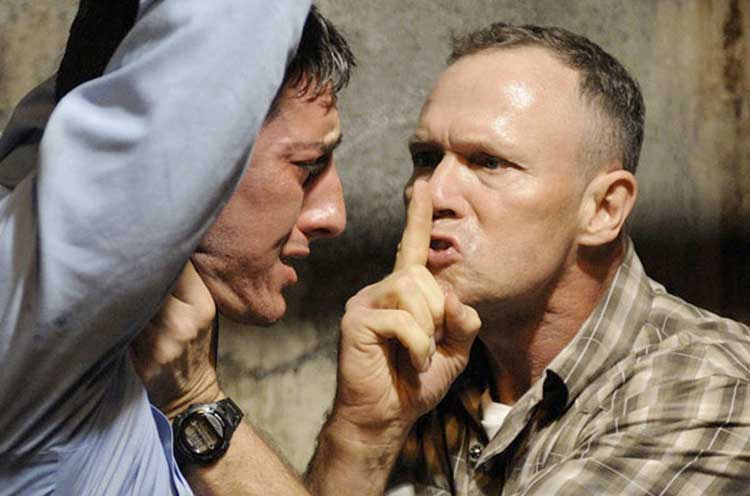 2. Michael Rooker
Signature Films: Henry: Portrait of a Serial Killer, Days of Thunder, Cliffhanger
Few actors can induce fear with a single glance or smile like Michael Rooker, who specializes in playing both cops and the nastiest criminals. Most recently seen as a crazed racist in The Walking Dead, he works constantly and has built more than 100 credits in 25 years. I've heard interviews where he seems like a nice guy, but I still might head to the other side of the street if I saw him in person. Similar to Hauer, Rooker brings the same level of passion to small parts in television shows that he does to his most prominent film roles. 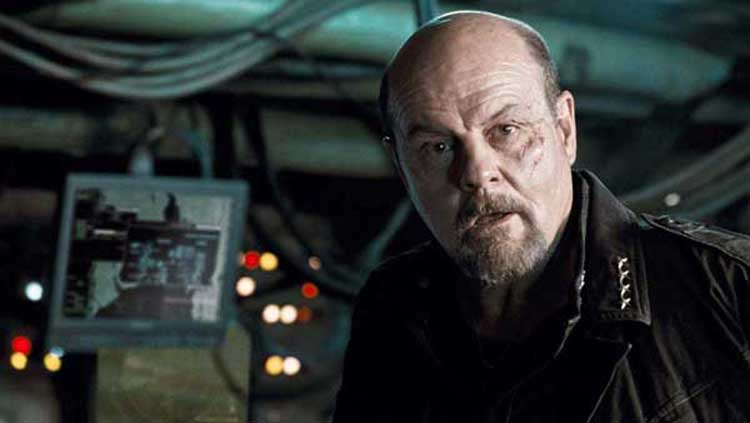 1. Michael Ironside
Signature Films: Scanners, Total Recall, Starship Troopers
When I started creating this list, the first name that I wrote down was Michael Ironside. Hailing from Toronto, he brings a fiery intensity to even the silliest parts like General Katana in Highlander 2: The Quickening or Jester in Top Gun (Jester's dead!). Few can bring such glee to evil roles while never looking like he’s hamming for the camera. In Avatar, Stephen Lang is basically playing the "Michael Ironside role" for James Cameron. Even when his characters are about to lose their limbs, Ironside remains stern-faced and defiant until the end. He may be killed in bloody fashion, but you'll never crush his hardcore soul.
Top 5 Lists