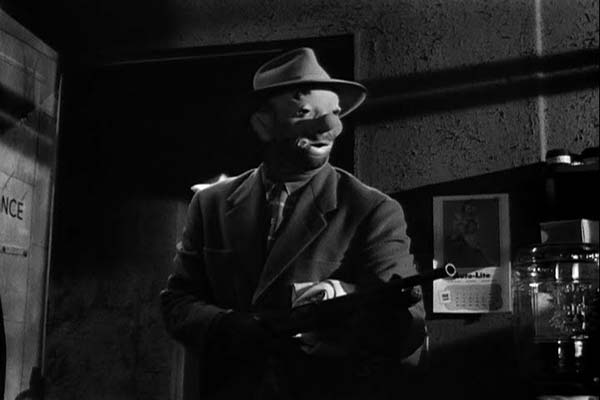 We've come to the end of this marathon, so it's time for me to choose my favorite heist movies of all time. This is another tough category with plenty of great options, so creating this list was no easy task. The top two choices were easy, but the others were very difficult. With these choices, I'm not just looking at the most original or effective heists (my apologies to The Italian Job). However, the picks will stick with movies that primarily function within the genre framework. For example, Dog Day Afternoon involves a bank robbery, but I don't consider it a true heist film. It's merely a backdrop for the personal drama and conflict between the cops and Al Pacino. The entries below represent my favorite movies from a genre that has delivered excitement since the early days of cinema.

Honorable Mention: The Killing (1956), Reservoir Dogs (1992)
Both of these films would likely make the top of many film junkie's lists. They're linked by similar plots, with Quentin Tarantino paying homage to The Killing and numerous other movies with his debut film. Kubrick's 1956 classic sets the framework for many stories to come and introduces shifts in time that were rare in the '50s. Sterling Hayden is the tough guy to lead the heist, and the plan is brilliantly simple. It's more straightforward than Kubrick's later work, but it remains a solid crime film. I revisited Reservoir Dogs for an extra post during this marathon, and it was refreshing to see that it still holds up well. Tarantino's style isn't for everyone, but he takes some inspiring diversions from the genre standards.

5. The Usual Suspects (1995)
Much of the discussion about Bryan Singer's breakthrough movie focuses on the surprise twists near the end. It's definitely a big part of the film, but the story also functions well as a heist movie. The climactic plan to take the boat totally fits within this genre, and the ultimate betrayals are also common. These are professional criminals skilled to perform this type of robbery, even if they know nothing about the true architect behind the scenes. Singer's direction brings a casual energy to the story that keeps you intrigued without ever calling attention to itself. He also gets surprising performances out of mid-level actors like Stephen Baldwin and Kevin Pollak who've rarely been better on screen. 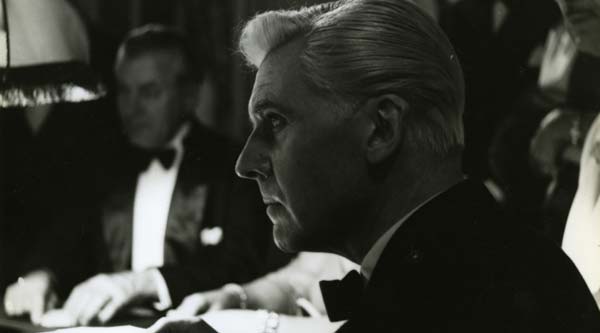 4. Bob Le Flambeur (1956)
Jean-Pierre Melville only directed 13 features, but several rank among the best in their respective genres. 1970's Le Cercle Rouge provides a classic jewel robbery that stands with the top sequences, but it's not even his best heist film. That honor goes to the underrated Bob Le Flambeur, which chronicles a daring casino heist from a veteran criminal. Played wonderfully by Robert Duchesne, Bob is down on his luck and must give up the straight life again to fix his difficulties. Remade in 2002 by Neil Jordan as The Good Thief, this story involves a lot more than a simple robbery. It also helped to spawn the French New Wave, where cool would reach an entirely new level. Bob doesn't fit entirely in the modern criminal landscape and recalls an old-school world where thieves had a different code. 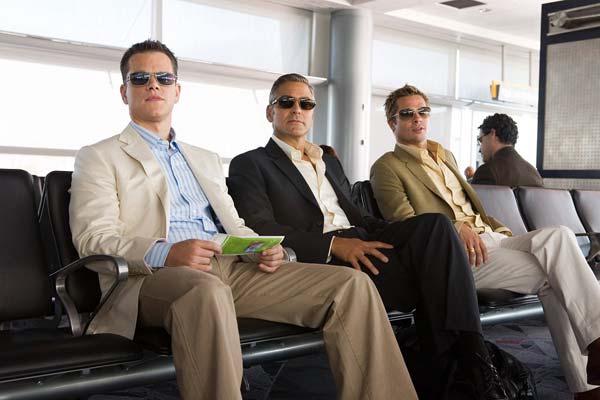 3. Ocean's Eleven (2001)
Diminished by the limited returns of its two sequels, this impressive Steven Soderbergh film delivers an entertaining ride without pandering to the mainstream audience. The key factor in its success is the excellent cast, and it all starts with George Clooney. He manages to be cool without seeming arrogant and commands the screen even when he shares it with Brad Pitt, Julia Roberts, Matt Damon, and many others. Soderbergh and Writer Ted Griffin give everyone a chance to shine without derailing the story. The heist is ridiculously complex, but that only adds to the charms of this surprisingly entertaining movie. 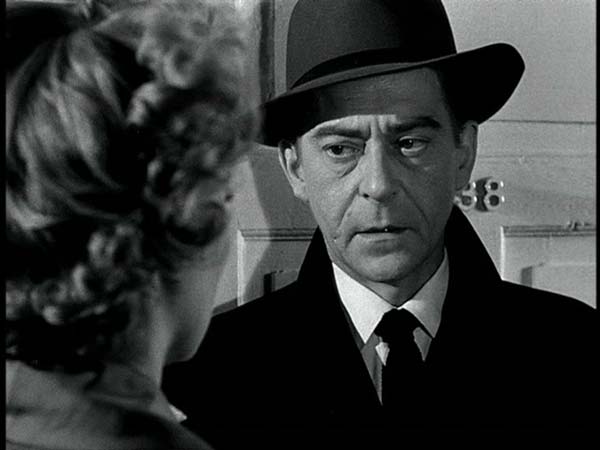 2. Rififi (1955)
If this list just ranked the best heist sequences, the jewelry store robbery of Jules Dassin's (Night and the City) wonderful noir film would be number one. Tony le Stephanois (Jean Servais) is just out of prison and reluctant to rejoin the game, but that approach doesn't last long. Joining his buddies and a novice, they prepare a daring heist that requires the utmost precision. These pros shouldn't have any problems with this plan, but there's always a fatal flaw somewhere. Servais brings humanity to le Stephanois while making him a believable heavy, and this is no easy task. The heist is the big draw, but the tragic aftermath will stick with you for a long time.

1. Heat (1995)
What more can I say about Michael Mann's epic crime film? It's nearly pitch perfect from the start and includes one of the great shootouts in movie history. What places Heat above the rest is the focus on both the cops and the criminals. Robert De Niro and Al Pacino are both excellent in the lead roles and are connected thematically while only sharing one significant scene together. It takes a masterful filmmaker like Mann to pull together so many plot strands into an effective whole, and he succeeds completely and delivers his best movie. The inventive heists and gun battles are only part of the reason for this film's staying power. Combining humanity, intelligence, and action, this is one of my favorite movies.