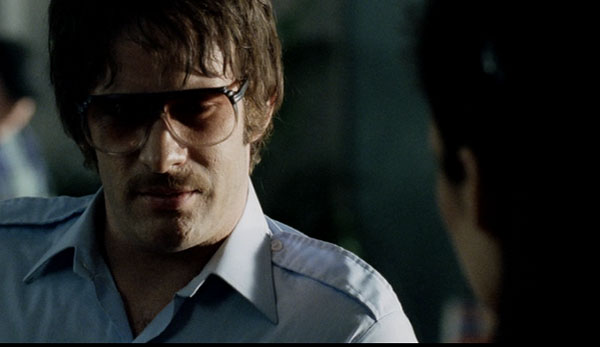 Thus far in this marathon, the characters’ reasons for stealing have focused on the money itself, not any politics behind the funds. The final choice, Stander, brings the racial politics of early-1980s South Africa into the picture. The motivation for robbing banks comes from more than just outright greed, at least in the beginning.

What’s this story about?
Captain Andre Stander (Thomas Jane) has a bright career in the Johannesburg police force and has just married the beautiful Bekkie (Deborah Kara Unger) for the second time. Providing support during an anti-apartheid protest, Stander grows disillusioned after he shoots a young black man. He starts robbing banks while continuing to work as a cop and eventually forms a gang. The “Stander Gang” become famous vigilantes and avoid the authorities repeatedly, but his original anti-government intentions get lost in the shuffle.

How ingenious and exciting is the big heist?
Based on a true story, Stander includes a series of bank heists that are ingenious because they’re so simple. He just walks up to the teller and gets the money with little fanfare. The robberies are shot in straightforward fashion and aren’t very memorable, though there are a few nice touches. After one job, a bank teller reveals to journalists that he stashed most of their money in the safe. This is not a wise move. With little fear, Stander returns to the same bank and steals the rest of their loot. The authorities know about his gang but can do little to stop them. This shows their expertise, but it doesn’t always lead to inspiring cinema. 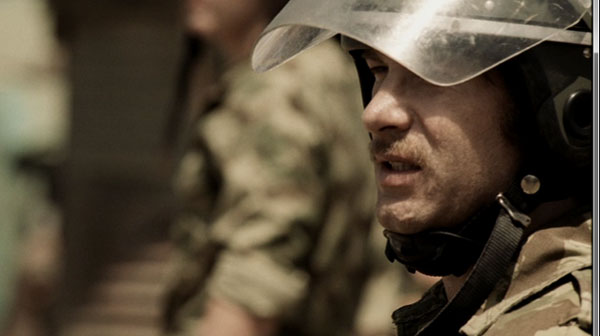 Do I want the characters’ daring attempts to succeed?
In the first half of the story, Stander’s motivations are pretty clear, which aligns us with his goals. The riot scene is pure chaos, and the event that changes him is believable. He’s throwing away a good relationship with Bekkie and a solid career, but it can’t compete with his lost faith in the government. His two buddies seem like nice enough guys and are reliable. Allan Heyl (David O’Hara) is reliable and steady, while Lee McCall (Dexter Fletcher) is more volatile. Both are not your typical hardened criminals and work well with Stander. The lack of a major personal conflict makes the story interesting but not thrilling.

What are some of the most memorable scenes?
The early bank heists are the most effective because we share Stander’s surprise at how easily he committed the robberies. Director Bronwen Hughes (Forces of Nature) takes her time to introduce the character as a cop, so the switch takes us by surprise. The final scenes in Fort Lauderdale also work because they show just how out of place Stander is in the beach party environment. He’s evolved from a man of principles with a Robin Hood approach to a typical hoodlum stealing cars. It’s not a pretty sight and leads to a depressing end from a promising guy. 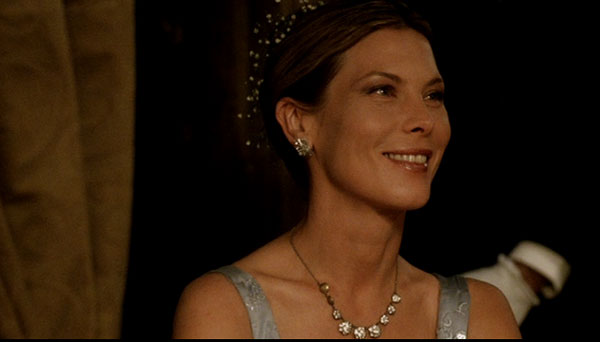 Are the events outside the heist worth seeing?
Stander is mildly interesting throughout its running time, especially because I knew little about the real-life guy prior to the viewing. I was interested in the relationship with his Bekkie, but they only share one significant scene after he’s caught the first time. Thomas Jane (61*) does a good job in the lead role and makes even the less-interesting moments worth seeing. I would have enjoyed learning more about Stander’s reasons for rejecting his former life. We also don’t see a clear evolution away from his plans to give away the money in the beginning. He doesn’t seem interested in material things, and then they’re buying fancy cars. What pushed him away from the good fight? Bima Stagg’s script gives hints about the changes in Stander’s approach, but it’s never clear exactly where it went wrong. 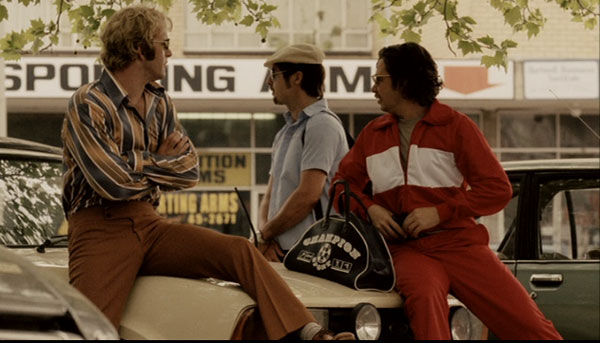 What fatal flaw ruins the perfect plan?
The “Stander Gang” takes a foolhardy approach throughout their run of crimes, but the authorities don’t seem very adept at catching the repeat offenders. The biggest flaw in their plans it their growing fame, which makes it difficult for them to move freely. If everyone knows what you look like, there’s no such thing as pulling a surprise heist. There are only so many banks to rob, so eventually the authorities will find ways to close the vice. The other problem is Stander himself, who doesn’t seem as sharp as the story progresses. This makes him careless, especially during his final moments.

I enjoyed discovering the story of Andre Stander and would like to learn more about the real man. However, the movie version of Stander meanders too much to deliver a consistent, top-notch story. There were actually too many heists, with not enough time spent building up the characters.
Film Review