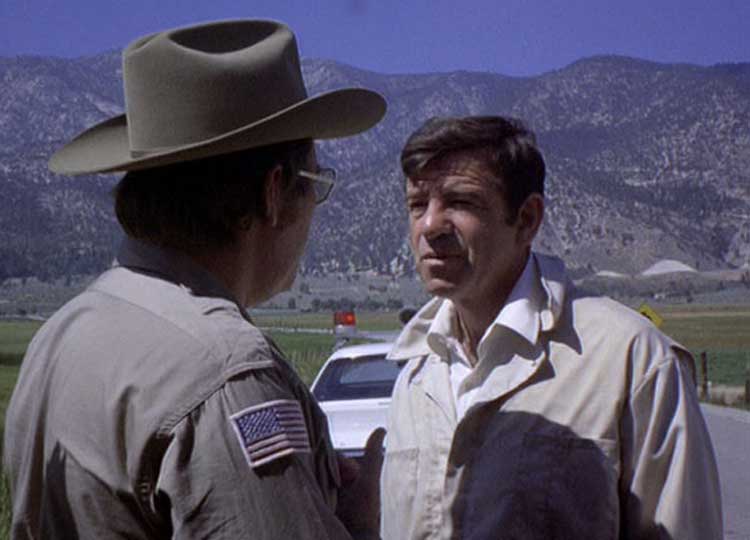 Charley Varrick: All I Wanted Was a Small Take

Thus far in this marathon, I’ve watched movies about characters who knew exactly what they were stealing. The expected score was large, which justified the huge risks they were taking. On the other hand, Charley Varrick depicts a gang of small-time hoods who have no idea they’re about to nab a major score. Looking to grab a few thousand dollars at a bank in Tres Cruces, New Mexico, Charley and his associates accidentally take the mob for about $750,000. This may seem like the heist of a lifetime, but it also puts a nastier foe than the cops on their tail.

Walter Matthau stars in the title role as the professional robber who’s not looking for trouble. Disguised as an older man (relatively speaking), he strolls into a bank and takes charge. The heist doesn’t go well, and only one of his comrades survives. Tragically, his wife Nadine (Jacqueline Scott) doesn’t make it, and Charley’s left with the goofball Harman Sullivan (Andrew Robinson) as his only ally. The cops and their determined Sheriff Bill Horton (William Schallert) are tough, but they’re nothing compared to hired gun Molly (Joe Don Baker). That guy means business and has no problems causing violent destruction to retrieve the money.

Charley Varrick is directed by Don Siegel, who was riding high from the success of Dirty Harry two years earlier. Unlike that well-known film, this one isn’t recognized by all but a few devoted fans. This is clear with the ridiculously minimal DVD, which includes a pan-and-scan transfer and no extras. It’s extremely rare to find a disc without a menu that immediately repeats when it ends. The only benefit over a VHS tape is a slightly better transfer and no need to rewind. This lazy release is unfortunate because it diminishes the success of a strong film. Siegel's understated direction perfectly matches Charley’s laid-back approach and delivers a consistently surprising movie. 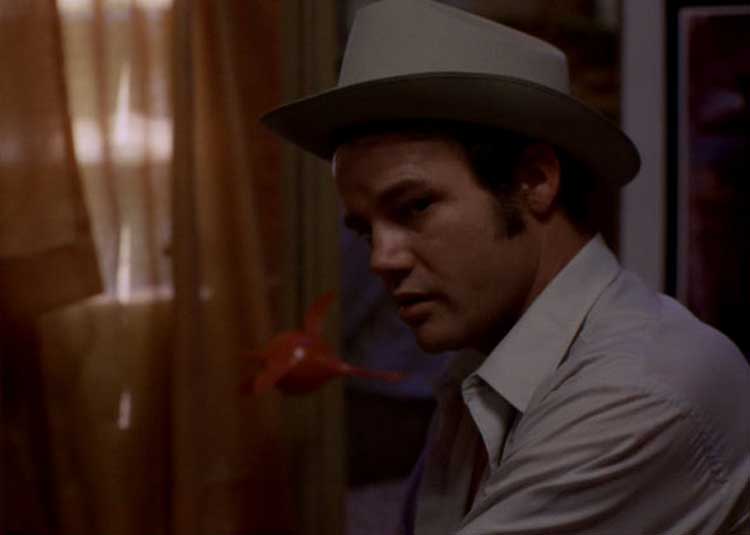 One of the keys to this film’s success is the casting, which brings an excellent group of workmanlike performers into the picture. Matthau is the epitome of the modest actor, and he brings that minimalist approach to nearly every scene. Joe Don Baker chews a good amount of scenery, particularly when he’s bossing around some attractive young women, but he never goes way over the top. Molly’s willing to kick down a guy in a wheelchair and even seems to enjoy it, so we know he has no scruples. However, he stays mild-mannered enough to stick with Siegel’s tone. Norman Fell, John Vernon, and William Schallert all bring weight to small roles that add depth to the surrounding world.

The closing scenes of Charley Varrick involve a crop duster plane, a junkyard, and a well-placed dynamite explosion. A lot of things need to work perfectly for Charley to succeed, but it shows that he’s way in front of his pursuers. An early scene involving dental records shows him thinking many steps ahead in case his early plans fall apart. Unlike his dim-witted associate Harman, Charley recognizes the high stakes involved with dealing with the mafia’s hired guns. This focus on intelligence over brawn is what places this film a step above your standard heist picture.
Film Review