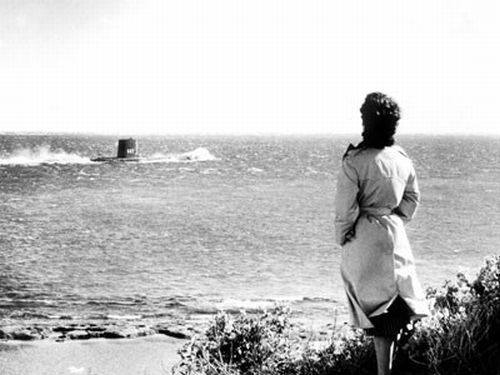 I’m closing out this marathon with a mournful look at humanity’s last days. One thing’s for sure: if the threat of nuclear war starts rising, I’m definitely moving to Australia. Of course, my safety would only be temporary. Before the disaster begins, I should start answering these questions!

What’s this story about?
Following an unexplained apocalypse that decimates nearly everyone, the only survivors live in Australia. The rare exceptions are the USS Sawfish submarine crew led by Commander Dwight Lionel Towers (Gregory Peck), who still hopes for a sign of mankind’s continued survival. Resistance may be futile, but he still begins a relationship with Moira Davison (Ava Gardner), the striking town drunk. Other residents coping with the impending end include scientist Julian Osborne (Fred Astaire), who enters a car race, and young couple Peter (Anthony Perkins) and Mary Holmes (Donna Anderson). They’re trying to raise a baby in a world that’s likely nearly over. While judgment day looms, everyone searches for a connection while dealing with the end of time.

Is the post-apocalyptic environment believable?
Yes. Since this movie is basically set in the present day, there’s no need for special effects or images of destruction to sell the story. Most events take place in Australia, which is largely unaffected by the apocalypse. The social clubs, apartments, train stations, and other locations feel like the mundane places that everyone visits each day. The one exception is the chilling footage of an empty San Francisco with no dead bodies or wildlife. The effect of seeing the bare streets is stunning, but it’s hard to believe no one decided to end their days under the sun. We’re told that the virus sent everyone to their beds, but wouldn’t someone have decided they’d rather end life outdoors? I wasn’t looking for lots of rotting corpses, but a few glimpses at dead bodies would have increased the believability.

Would I rather be dead or spend time with these characters?
While most of the characters are pretty bland, I wouldn’t mind sipping a few drinks with them while we wait for the end. Dwight is mourning his wife and kids, so I feel for the guy, but he needs to have more fun. One of the few times he seems excited is during an odd sailboat race near the shore. Although she’s typically drunk, I would enjoy spending time with Ava Gardner’s Moira. She’s still willing to enjoy life, which is even more important given the impending doom. That’s not true of the stuffy young Holmes family, who I’d avoid at all costs. Finally, Julian’s quest to become a race-car driver is one of the best plotlines. Peck does solid work, but Gardner and Astaire are the reasons to stick out this slow-paced film. 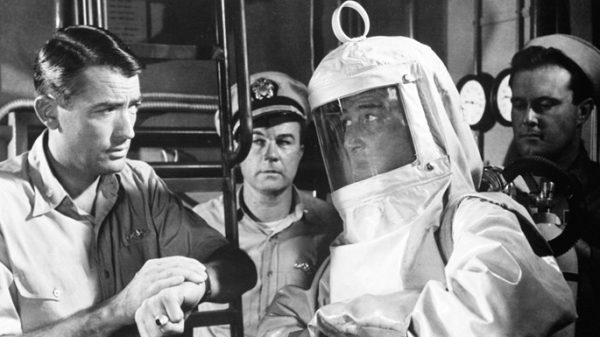 Beyond surviving in this dreary world, does our hero have a compelling quest?
The main quest involves Dwight and his crew returning to North America to investigate a strange radio signal in California. It feels like a futile attempt, but I understand why they’d need to give it a shot. First of all, there’s an odd interlude where a shipmate decides to take his leave in San Francisco. This leads to the memorable scenes that I described earlier, but it feels sort of random right before the stop to check out the signal. This journey actually takes up a pretty small segment of the 134-minute running time. This is definitely more drama than sci-fi and takes a surprisingly low-key approach to the end of the world.

What are some of the most memorable scenes?
On the Beach’s best moments are all character scenes that would fall flat without a strong cast. While roughhousing with Moira at the beach, Dwight accidentally calls her by his dead wife’s name. This quickly shifts one of the few happy celebrations into a mournful reminder of the apocalypse. This overly dramatic material would be laughable if Peck didn’t place such emotional weight on his loss. In the early scenes, he talks like his family's still alive, which is a startling coping mechanism from such a stoic guy. Another nice moment has Moira arriving at Julian’s place late at night after striking out with Dwight. Julian’s more interested in his racecar, which is crazy, but Astaire really kills the scene. I’ve only seen him in classic musicals like Swing Time, so his performance is a revelation. There still are some major dry spots, but the actors kept me interested in their ultimate plight. 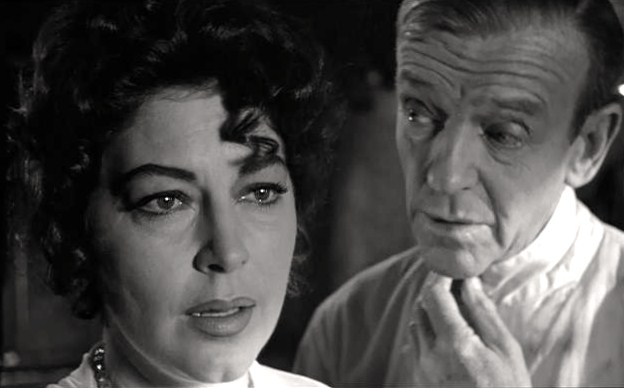 How heavy-handed is the thematic connection to our present-day world?
Unfortunately, this is the one main downside of this film, which really pushes the anti-war message. Don’t get me wrong; I’m about as liberal as they come, especially in terms of war. However, Director Stanley Kramer (Guess Who’s Coming to Dinner) and Writer John Paxton (The Wild One) are trying to do a lot more than simply present an interesting story. Released during the height of the Cold War, this movie likely had a much greater effect than I can see today. The most heavy-handed moment is the final shot, which returns to a “There is Still Time ... Brother” banner from earlier in the film. Presented over a dying city, it clearly speaks to the audience and tries to rouse them to action. It’s an extremely obvious and clunky approach and ends the story on a strangely comical note. Combined with Ernest Gold’s over-the-top score (how was this Oscar-nominated?) that plays throughout the movie, On the Beach loses part of its impact. The stories of Dwight, Moira, Julian, and the others are convincing and it’s a solid film, but the preachy finale kills some of the ultimate momentum.
Film Review