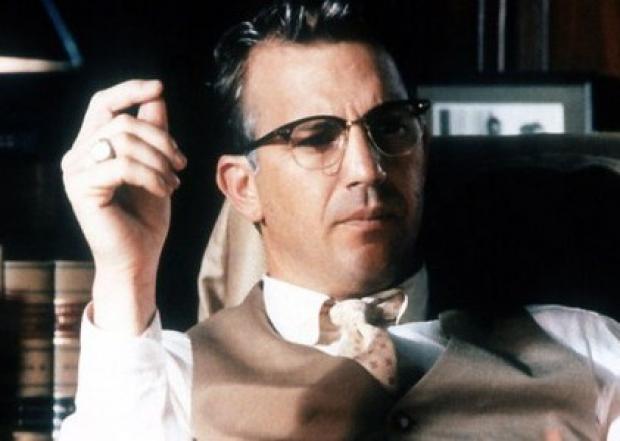 Over the past 30 years, Kevin Costner has appeared in a nearly 50 movies of extremely varied quality. In recent years, his reputation has dropped due to misfires (Dragonfly, The Guardian) and very conventional roles (Swing Vote, Rumor Has It). He also fell prey to his ego after Dances with Wolves’ success and delivered ambitious epics like Waterworld and The Postman. After discussing those two films this week, it’s time to recall some of his best work. To be clear, this top five is not looking at his best performances. Instead, I’m focusing on my favorite movies that featured Costner in a major role. 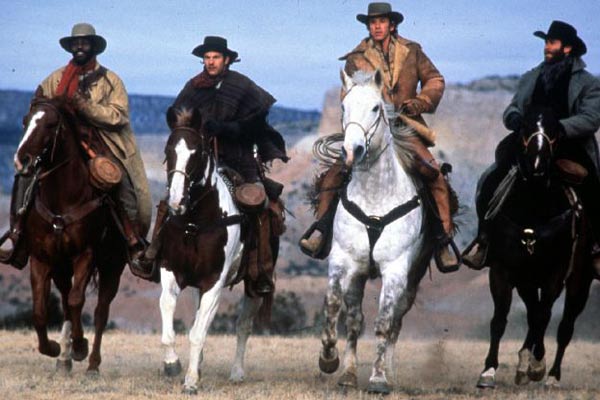 Honorable Mention: Silverado (1985) and Bull Durham (1988)
The fact that these two impressive films are in my honorable mention reminds me that Costner has actually had a pretty strong career. Lawrence Kasdan’s revisionist western Silverado has great fun covering the familiar genre standards and adding a few twists. Costner is actually a supporting player behind Kevin Kline and Scott Glenn, but he exuberantly steals many scenes. This is a relaxing movie that rewards multiple viewings, largely due to the excellent cast. Bull Durham takes an enjoyable look at minor league baseball with Ron Shelton’s unique style. The dialogue is witty and crackles on the screen, especially between Costner and Susan Sarandon. I think it’s a bit overrated, but it still ranks among the top tier of baseball movies. 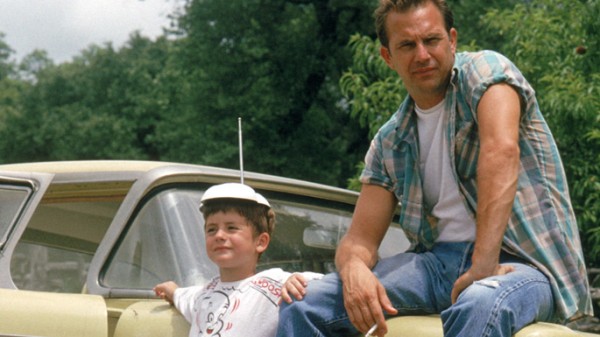 5. A Perfect World (1993)
This underrated Clint Eastwood film caught me by surprise because it actually puts the director’s minimalist style to good use. Costner gives one of his best performances as Robert “Butch” Haynes, an escaped convict who kidnaps a young boy (T.J. Lowther) as the Texas rangers pursue him. During this journey, their bond grows and we learn that Haynes might not be the terrible guy we expect. The script from John Lee Hancock (The Blind Side) gets under your skin and makes the climax surprisingly effective. I might even say that it "blind sides" us during the slow-moving story. Eastwood takes a rare supporting role, and the lesser screen time makes his character a lot more engaging. 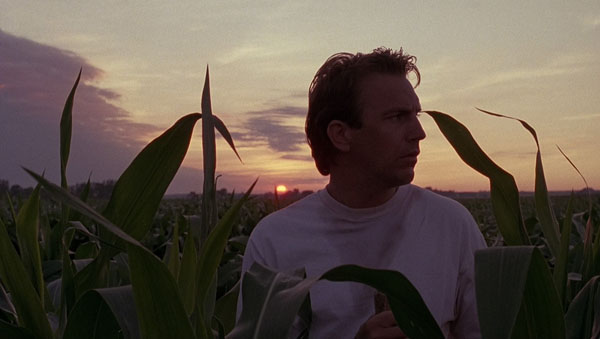 4. Field of Dreams (1989)
Costner’s legacy is tied most closely to his role in three baseball movies, especially this fairy tale. The story is definitely cornball, so it’s going to turn off some viewers. If you’re willing to take the ride, its magic still works. It’s a love letter to baseball prior to the destruction caused by the 1994 strike and the steroid scandals. Costner works best as the everyman who’s not trying to save the world. Instead, he just wants to play catch with his dad and save the family farm. It takes a pretty cynical person to not get behind that type of story. 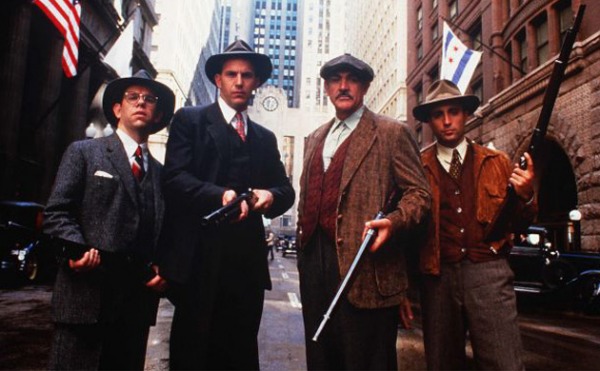 3. The Untouchables (1987)
If only Brian De Palma could regularly channel the creative energy on display in this movie, he could have had a much different career. Costner’s straight-arrow Elliot Ness contrasts perfect with Sean Connery’s world-weary Jim Malone as they charge after Al Capone (Robert De Niro). Andy Garcia and Charles Martin Smith round out the lone group that is willing to take on the mob boss. Everyone’s working at the top of their game here, and De Palma crafts several memorable sequences. Yes, the train station sequence does copy from Eisenstein’s Battleship Potemkin, but it’s still a riveting sequence. Running a brisk two hours, this film doesn’t overstay its welcome and is a fun, tense-filled ride. 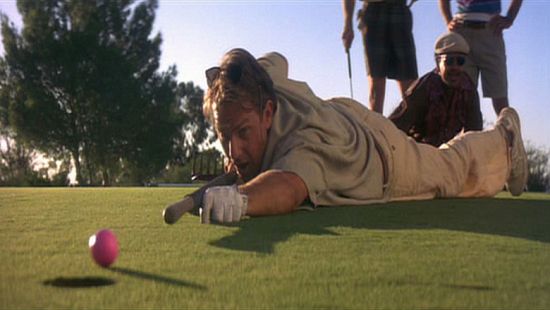 2. Tin Cup (1997)
I’m not much of a golfer, but I still find a lot to like in Shelton’s look at a worn-out golf pro Roy McAvoy taking a shot at greatness. Again, Costner’s everyman quality works here, especially as he hangs out with his small-town buddies at the driving range. Rene Russo (what happened to her?) is strong as the love interest, and Cheech Marin shines as McAvoy’s frustrated caddy. Don Johnson also plays the hotshot idiot role very well without overplaying his bad side. There are some flaws in this movie, but Shelton finds a way to nearly overcome them all. Another reason for this high ranking is the excruciating but perfect conclusion, which drags you along as McAvoy’s risky style may lead to an unkind end. 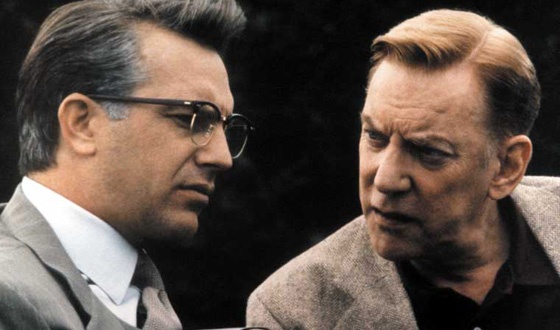 1. JFK (1991)
I avoided this controversial Oliver Stone epic for many years because I expected an over-the-top, excessive mess from the hit-or-miss director. When I finally caught this film back in 2006 as part of a long marathon through Roger Ebert’s Great Movies book, I was stunned by its power. Stone held me spellbound for more than three hours, which isn’t an easy task in my hectic life. Costner makes Jim Garrison’s quest entirely believable as we follow him through the increasingly complex investigation. Regardless of the factual accuracy of this story, it delivers a stunning experience.

I’d love to see your Top 5 choices in the comments section for this post. If you disagree, state your case and let me know why these picks don’t make sense.

Next week, I’m closing out the We’re All Dead! Marathon by watching Gregory Peck and Ava Gardner cope with a nuclear apocalypse in On the Beach.
Top 5 Lists