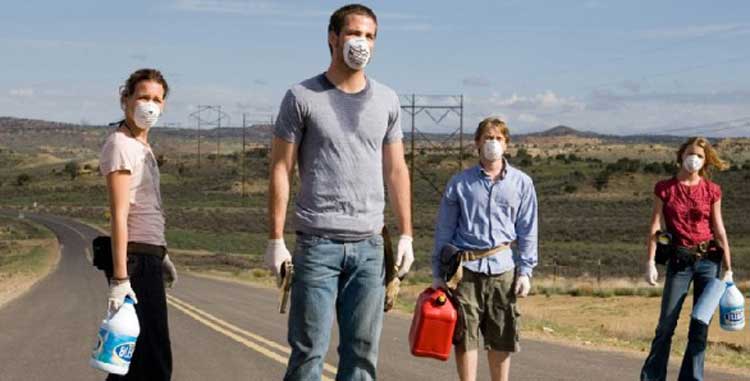 Is there a point when a post-apocalyptic film becomes so dour that it disengages us from the story? This genre’s basic premise involves individuals trying to survive following a massive disaster. As I’ve observed during this marathon, filmmakers can take a variety of approaches to this type of material. You can venture fully into comedy like the wonderful Zombieland or try to deliver an intense, white-knuckle ride like 28 Days Later. There's also the more realistic approach that involves digging into the humanity and morals of the survivors. Two pratfalls exist with this method. First of all, you risk preaching to the audience, which is almost never a good idea. Second, you may lose viewers if the pace slows to match the serious tone.

A good example of the realistic style is Carriers, which places the action near the present day after a deadly virus has wiped out most of the population. Four twenty-somethings are heading for a beach getaway in hopes of avoiding the worst of the plague. The group includes brothers Brian (Star Trek’s Chris Pine) and Danny Green (Lou Taylor Pucci), Brian’s girlfriend Bobby (Piper Perabo), and Kate (Everwood's Emily VanCamp), who they met along the way. Their only hope for survival is to help no one, especially the afflicted. Even one misstep can lead them to disaster.

Released in 2009, this movie's shift from the typical genre standards makes it a chilling experience. Early on, they meet a desperate father (Christopher Meloni) caring for his daughter (Kiernan Shipka), who’s caught the virus and must wear a mask to protect everyone. Their conversations with this duo are filled with tension because she’s a deadly weapon. They try to stay positive after hearing about an antidote in a small town nearby, but the result is another terrifying reminder of this brutal world. Even well-meaning people are forced to make excruciating decisions where compassion conflicts with common sense. The long-term survivors will probably be loners willing to toss aside even their best friends if they catch the virus. 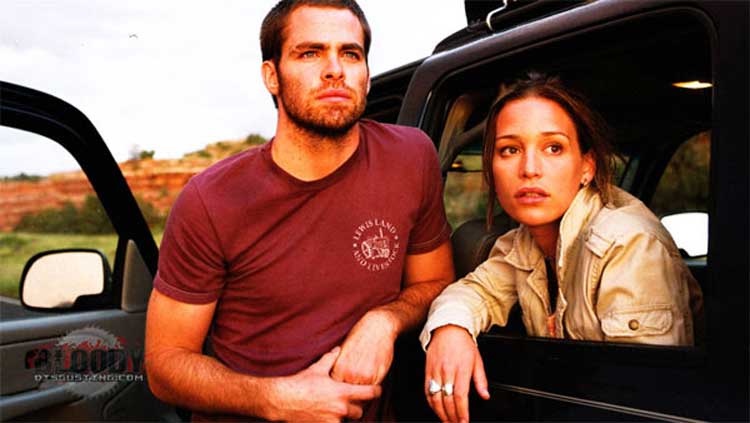 The most grating figure in the group is Brian, a cocky guy who reminds me of arrogant frat guys from college. His defense mechanism to deal with this awful environment is to become a jerk. He’s also the first guy to push the others to stay focused and act without emotion. The truth is that a guy like this may survive longer than his mild-mannered brother. Brian’s only flaw might be his attempts to keep things “fun” as they travel. A detour to a local golf resort might seem safe, but it nearly leads to disaster because of a virus-infested swimming pool and some survivalists. Chris Pine is known mostly from his role as Captain Kirk in the Star Trek reboot, and he’s playing in a much different realm here. Both characters are arrogant, though this guy has a scruffy demeanor that matches his nastier outlook on life. It’s likely he was a fairly normal person before the apocalypse, but this situation’s made him really unpleasant.

Carriers is written and directed by David and Alex Pastor, brothers from Spain who were shooting their first feature. Production took place during the summer of 2006, but it didn’t appear in theaters for three years. Also, that release was very limited, especially in the U.S. This is a tricky film to market because the virus isn't flashy and merely provides a backdrop for some nasty conflict. It’s not always fascinating and includes some dry spots, but the unsettling feeling sticks with you for a while. The Pastors throw in some dead bodies and grisly scares to keep things lively, but the overall effect remains somber. It helps to have an attractive cast on hand, but this is no joy ride. The entire group (especially Perabo) is tossed through the ringer as they journey through a dead zone. 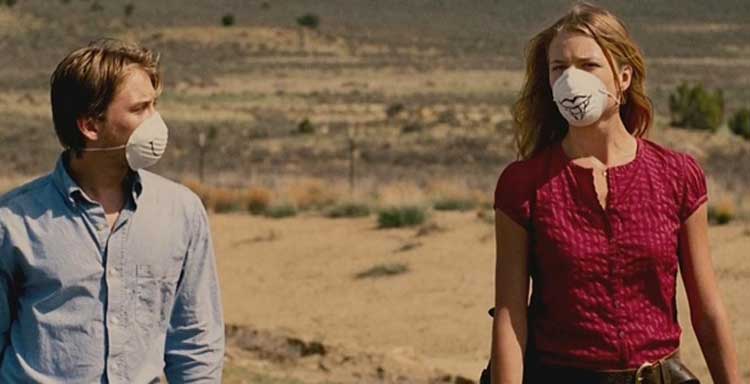 Although it’s more of a drama than a horror film, Carriers still offers a few haunting moments. Danny enters a house of horrors that includes decomposed bodies and a dog having a hearty meal. The camera doesn't linger on this grisly event, but it stays around long enough to be disturbing.  Another example involves the search for the antidote that I mentioned earlier. The gang enters a former school and meets a doctor who’s discovered his own way to ease kids’ pain. The scariest part is the fact that it’s not a completely abhorrent solution when you consider the state of that world. These scenes keep the story from becoming too drab and make it an interesting addition to the post-apocalyptic genre.
Film Review