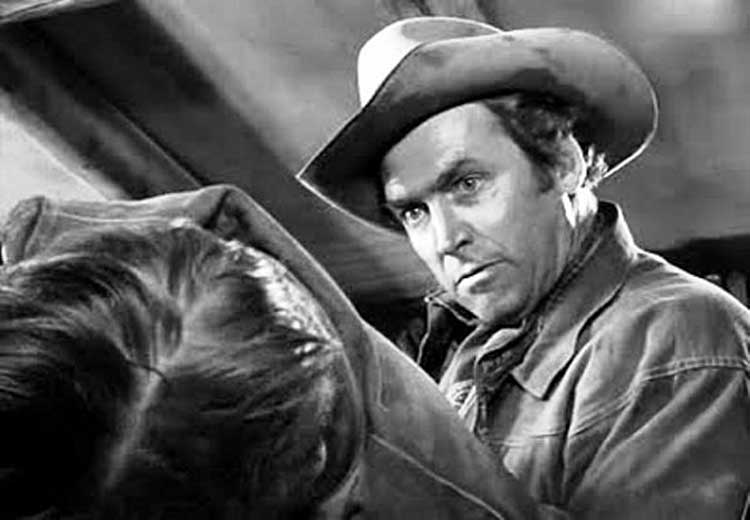 Last year, I watched the five collaborations between Anthony Mann and Jimmy Stewart during the 1950s. The intense, personal westerns helped to revitalize the genre and showed a tougher side to the star. These films started with the legendary Winchester '73 in 1950 and included Bend of the River, The Naked Spur, The Far Country, and The Man From Laramie. I originally wrote my reviews for the forums of Filmspotting, the best movie podcast out there. Over the next five weeks, I'll be re-posting my thoughts for each movie on Fridays. If you're unfamiliar with the Mann/Stewart westerns, they're definitely worth your time. Without further rambling, here's my original post on the first movie.

I'd been meaning to see Winchester '73 since it was reviewed way back in the Cinecast #50 podcast in their Westerns Marathon. It's well-regarded by film experts but doesn't have the same prestige of monsters like The Searchers or Rio Bravo. While this film doesn't have the grand scope of those pictures, it does tell a great story of revenge and a cursed rifle.

The main plot involves Lin McAdam (Stewart) relentlessly tracking down Dutch Henry Brown (McNally), the man who ruthlessly shot down his father. This pursuit brings him to Dodge City for a shooting contest versus the villain himself. He also has a strange meeting with a pudgy Sheriff Wyatt Earp (Geer) who's nothing like other versions of that character. After a skirmish in Dodge City, Brown gets away, which leads to another vigilant pursuit. 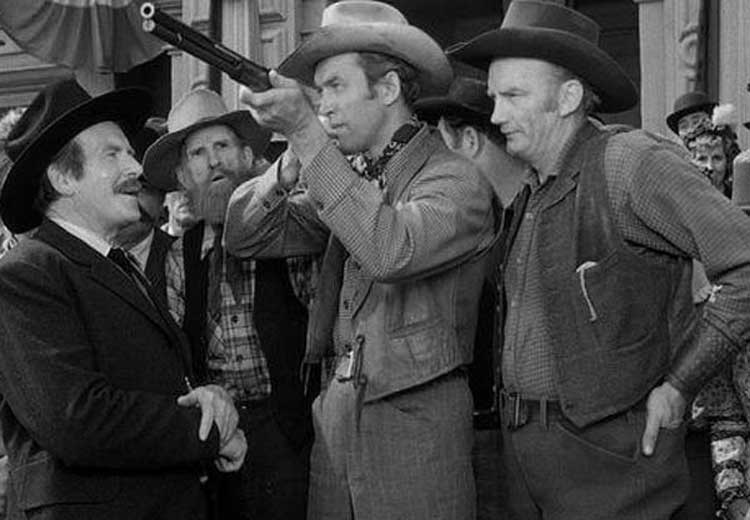 I'll avoid writing too much about the plot of the final act, as there are a few surprises in store. The most interesting part of this film is the rifle itself, which ensnares nearly everyone. The Lord of the Rings comparison is apt, especially when hardened gunfighters become obsessed with owning the rare rifle. Unfortunately for them, possessing the rifle leads to near-immediate destruction. This Winchester should be avoided at all costs. In an excellent interlude, a crafty Indian trader (Mitchell) pulls an efficient scam to nab the rifle from Brown and take his money. Predictably, this prize quickly becomes a curse.

Another intriguing facet is Stewart's disappearance for lengthy parts of the story. His pursuit appears to drive the story, but Mann and the screenwriters don't seem that interested. Stewart does a great job in the western setting, and this was a surprise to audiences of the period. This was their first exposure to the actor in a more grizzled role. In a classic scene depicted in the photo above, McAdam slams Dan Duryea's crazy gunfighter onto a bar. This is not the stoic heroism we expect from our Western leads. But it makes Stewart a more interesting actor and brings a much-needed edge to a possibly one-note character.

There's also the romantic interest Lola Manners played by Shelley Winters, but she can barely compete with McAdam/Brown feud. Winters gives it her best shot and dominates the cowardly guy who makes McAdam appear to be a much better choice. The problem is that he's more interested in revenge that settling down with her. His quest ends in a classic shootout among the rocky hills, which is an intense sequence. Mann gives the climactic showdown time, which only heightens the intensity.

Winchester '73 is a strong personal film that incorporates genre elements but spins them into a unique direction. I'm intrigued by what Mann and Stewart will do together in this marathon's upcoming pictures. This isn't a perfect film and has a few missteps, but the strong acting and intense atmosphere make a must-see for fans of the genre. I'm curious to hear what you think of this film. Bend of the River is up next!