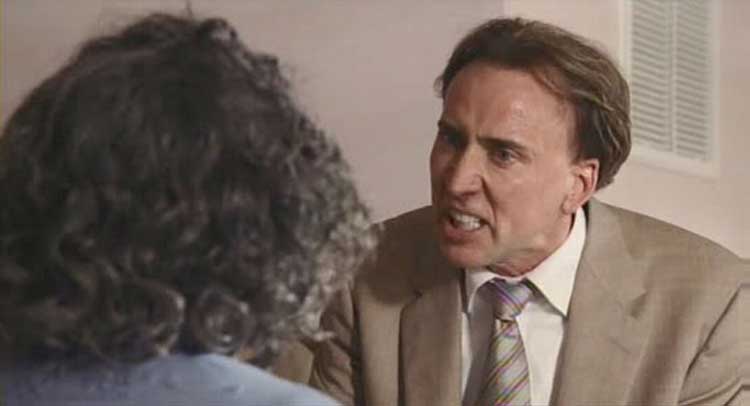 Nicolas Cage is one of the most divisive major actors currently working in film today. He’s a master at chewing scenery and can perform brilliantly in the right role, but he also falls flat on his face in the wrong situation. The most baffling part about the 47-year-old Cage’s recent career is his choice of movies, which includes Season of the Witch, Drive Angry, Bangkok Dangerous, and The Wicker Man. Possibly due to financial troubles, the once-marquee star has appeared in lots of subpar material.

This marathon will look at a wide range of memorable roles from Cage, including some of his most famous ones. This will be my first experience with each of these films, so I’ll be able to honestly ask – “How crazy is Nicolas Cage?” The opening choice is Werner Herzog’s Bad Lieutenant: Port of Call New Orleans, which pulls the title but none of the characters from Abel Ferrera’s Bad Lieutenant.

Detective Terence McDonagh is investigating the murder of an entire African family in post-Katrina New Orleans. He recently became a lieutenant due to a risky move to save a conflict during the massive flood. Unfortunately, it also leads to a nasty back injury that sends him spiraling into drug addiction. McDonagh spends more time scoring cocaine and other drugs than solving the case. He also is involved with Frankie (Eva Mendes), a prostitute who shares the connection but also distracts him. The evidence points to Big Fate (Xzibit), but it may not be easy to secure a witness or stay focused enough to solve it. McDonagh has larger worries than the case and may be headed to complete destruction.

Completely out of his mind. Although he’s been appearing in films for 30 years, Cage might be reaching a new level of craziness with this performance. He spends the entire film twitching, rubbing his hair, and constantly moving his hands energetically. The back injury also causes him to hunch over and grimace like he’s passing a kidney stone. Cage effectively captures the mindset of a guy trying so hard to look normal while strung out on various substances. It’s such an over-the-top performance that it generally works because he completely goes it all in every moment.

There’s not much the other actors can do to compete with Cage’s activities. A portly Val Kilmer plays a fellow detective and barely registers apart from one scene. Mendes does fine but fails to bring much unique personality to her role. The part is underwritten, especially when she becomes a greater part of McDonagh’s life near the end. Brad Dourif, Michael Shannon, Vondie Curtis-Hall, and Fairuza Balk perform solidly in limited roles, but it’s hard to expect much when they’re acting with Cage. 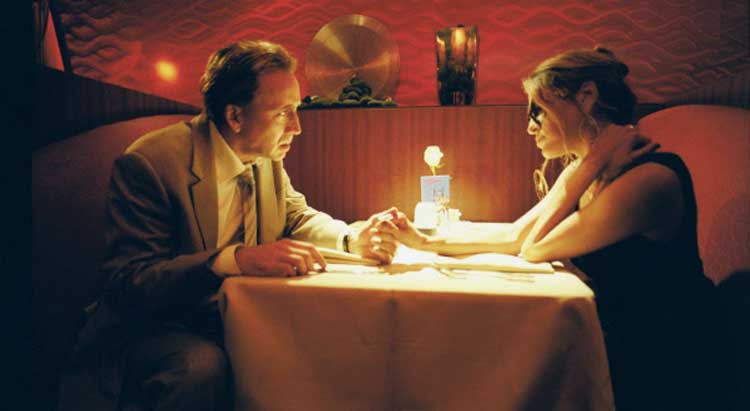 Generally, this movie doesn’t feel like it’s directed by Werner Herzog, but there are some connections with his past work. The German filmmaker is intrigued by nature and its creatures, and a few ridiculous detours actually give us point-of-view shots from a lizard and an alligator. These animals might not even exist and could just be in McDonagh’s mind, and Herzog gives them ample screen time. It’s nearly impossible to watch the "alligator cam" footage and not laugh, but this speaks to the absurdity of the entire picture. It’s shot with a bright glitzy style, but that contrasts sharply with the dark and dreary subject matter.

In one harrowing moment, McDonagh apprehends a young couple leaving a nightclub and appears ready to bust them for drugs. Instead, he uses his stature as a cop to score both drugs and sex from the girl. A nearly identical moment later shows that this is not an isolated incident. While some actors might play this sequence in more menacing fashion, Cage goes a different route and just acts insane.

In another stunning scene, McDonagh threatens a stubborn old woman by shutting off her oxygen to get information. While this lady is irritating, his response shows just how far the guy is losing touch with reality. The final act is utterly confusing and feels like a surreal dream. McDonagh has a strange conflict with Kilmer’s Steve Pruit that comes out of left field and shifts the lead into much purer territory.

Bad Lieutenant: Port of Call New Orleans was a major flop and earned critical responses all across the spectrum. It doesn’t always make sense and includes some ridiculous moments, but it’s never boring. The combination of Herzog’s unique direction and Cage’s outlandish acting make this a definite must-see. I enjoyed the experience, though I can’t make the case this is a great movie. It falls right in the middle because of the inconsistency but is worth a viewing for anyone willing to take the ride.