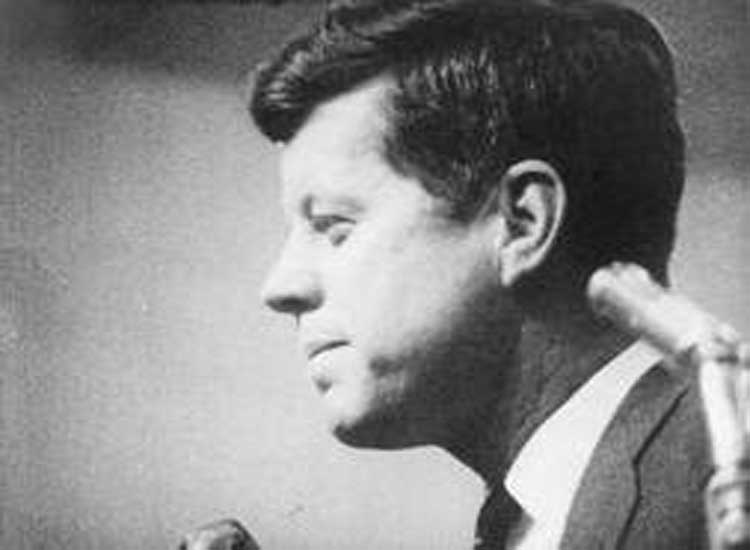 This week, my Politics on Film Marathon switches to documentaries with Robert Drew’s groundbreaking film Primary, which shows the broad possibilities of the medium. Supported by talented cameramen like D.A Pennebaker and Albert Maysles, Drew chronicles the 1960 Wisconsin primary. John F. Kennedy and Hubert Humphrey are locked in a tight race for the Democratic nomination for the presidency. This state’s primary, which places the power in the hands of the voters, will play a major role in determining the front runner for this prized spot. The results appear to favor Humphrey, but (spoiler alert!) Kennedy ends up gaining a slight victory in the end.

Humphrey is the more established candidate, so the pressure fell on the young upstart to prove he could play with the big boys. Drew employs an original cinema verite style to capture the story and uses minimal narration to give background on the on-screen events. The audio doesn't always match what we're seeing on screen, but it's remarkable given the technology of the time period.

The filmmakers depict Kennedy and Humphrey talking to the people of Wisconsin and don’t overplay the dramatic moments. The candidates’ days seem long and sometimes boring, particularly the election night, when the results arrive excruciatingly slowly. They sit motionless in hotel rooms waiting for any definitive word on their chances. There’s little self-importance displayed by these guys, who both are confident about success. The civil, down-to-earth landscape feels more believable than the often-bombastic campaigns of today.

The contest between an inexperienced young guy and an establishment candidate actually mirrors the 2008 presidential election. This comparison only goes so far, with both guys being Democrats in this circumstance. The issues discussed here actually seem a bit dated, but the part about Kennedy’s Catholicism still rings true today. We’d like to think that our society has grown and wouldn’t freak out about religion, but Obama’s need to convince people he’s a devout Christian recalls what happened in 1960.

Most of the scenes in Primary involve Kennedy and Humphrey hitting the streets and talking to individual citizens. They’re building relationships with voters and hoping this will lead to a victory in the end. Humphrey does give a speech to a small group of farmers, but it’s a muted presentation and lacks the staged majesty of today’s rallies. This quiet talk is a very long way from my experience of seeing John Kerry fist-pumping to Bruce Springsteen’s “No Surrender” in a large area convention center. On election night, Kennedy sits down with a newsman and calmly talks about the long road ahead. There’s little rhetoric in his comments, which are surprisingly relaxed and complimentary to his opponent.

It’s difficult to be certain, but I’m guessing my sentiments would have fallen with the young, charismatic Kennedy. Humphrey appears to mean well, but his more conservative style that connected with rural voters would likely have turned me off. Kennedy lacked the political experience of his opponent, but his fresher approach (similar to Obama) feels more convincing. Whether it’s actually genuine is a question that can’t be addressed in this picture. Nothing in Drew’s film convinces me that Kennedy wasn’t a strong candidate with a positive approach to running the country. With a running time under an hour, Primary doesn’t explore each guy’s platform with much detail.