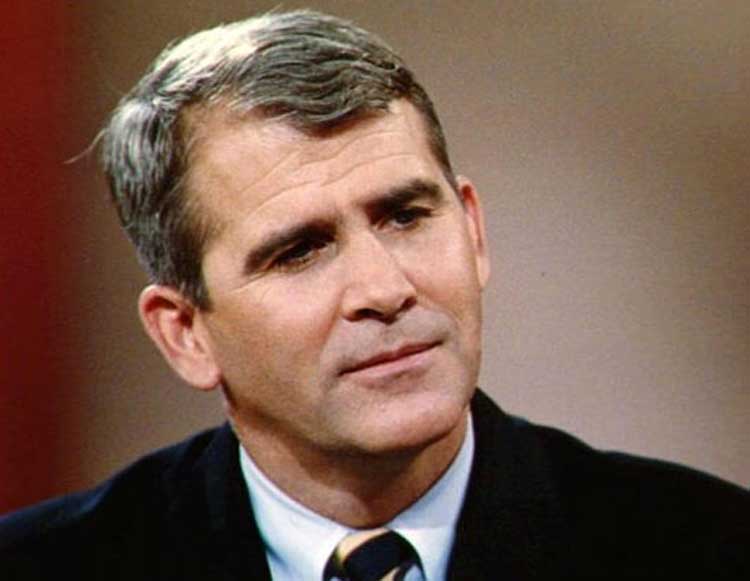 A Perfect Candidate: Choosing the Flu or the Measles

Oliver North’s rise to prominence occurred largely due to the massive scandal of the Iran-Contra affair. During the summer of 1987, North and others testified about a stunning arms-for-hostages deal that threatened the Reagan administration. I was only 11 years old and did not understand the issues, but I do remember the hearings dominating television at the time. North also made a random personal appearance on my answering machine a decade later. My college roommate Gary was the president of the College Republicans at the time, and the prominent conservative speaker was in town. While we disagreed about some political issues, I do trust Gary’s assessment that North was a nice guy.

This likable demeanor is evident in A Perfect Candidate, an intriguing documentary that chronicles the hotly contested 1994 Virginia senate campaign. North draws passionate audiences at each speech and tries to convince them he’s not a typical Washington politician. However, he consistently faces questions about his role in Iran-Contra that resulted in several convictions. The Democratic opponent is the dull veteran Chuck Robb, who’s dealing with his own scandal involving a Playboy playmate and cocaine parties.

While my own views fall well onto the liberal side, I find little to like with Robb. When questioned directly about his view on unions, his response tries to thread the middle and ends up making no sense. Neither candidate ever says anything, with North stating rhetoric about patriotism and Robb just attacking him. In a classic moment, a Virginia resident compares the two candidates to household illnesses. Flu or the measles?  The comparison fits perfectly in this case. Both sides are extremely negative, which is nothing new in politics, but this race seems especially contentious.

This story includes several compelling supporting figures that provide information on how the system actually works. Mark Goodin runs the North side of the brutal campaign and is very candid about his feelings on the key events and tactics. In one telling moment, he describes the difference between running a campaign and actually governing, and it’s a surprisingly effective statement. While Goodin’s political ideals vary greatly from mine, I respect his abilities to run the campaign. The other remarkable guy is Don Baker, the grizzled Washington Post reporter who chronicles the entire campaign. He clearly wishes for something more from these guys and questions both candidates with equal fervor. Baker seems especially dismayed with Robb, who doesn’t seem very likable or intelligent.

A Perfect Candidate focuses mostly on North, but I still don’t have a great understanding of what’s beneath the surface. In similar fashion to George W. Bush, North plays to the conservative base by talking about “taking our country back” and displaying his rifle prowess. He also talks directly about religion, but it’s not clear how much he really believes. Honestly, North generally seems like a doofus, who can charm people with his gap-toothed smile but has limited substance. This has little bearing on his intelligence, but he also really struggled on Celebrity Jeopardy, which earns a black mark from me.

Nearing its conclusion, the campaign becomes nasty on both sides, and there are very few discussions about the actual issues. The big debate devolves into bickering between North and Robb about their pasts. Only Governor Douglas Wilder, running as an independent, comes off well at that event. Directors R.J. Cutler and David Van Taylor place us directly into many important meetings and events, and the result is a riveting film.