Uncle Boonmee Who Can Recall His Past Lives Review (Apichatpong Weerasethakul) 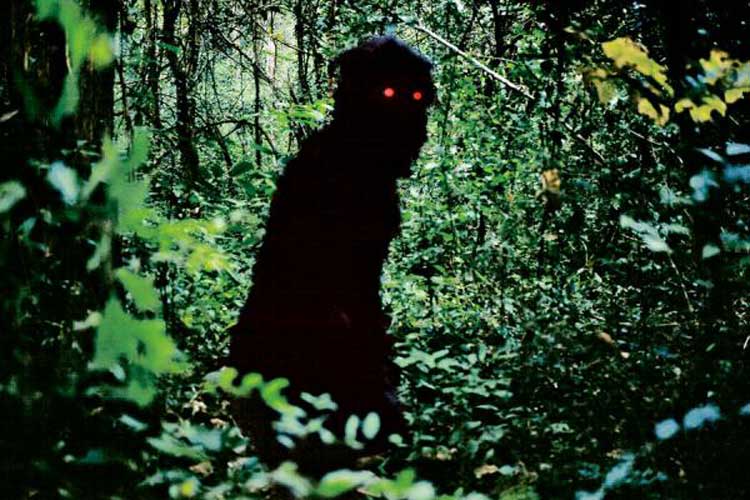 Periodically, I’ll be posting articles separate from the ongoing marathons that focus on unique screenings you won’t find at the local multiplex. Many of these will likely occur via the Webster University Film Series, the best of its kind in the St. Louis area. I’m currently a graduate student at Webster and have free access to their excellent presentations of both recent and classic films. For my first entry, I took in a screening last weekend of the divisive Palme d’Or winner at the 2010 Cannes Film Festival.

Uncle Boonmee Who Can Recall His Past Lives is a meditative look at the slow process of dying and how people cope with impending and past losses. But this description is far too simple. The complex Thai film includes disorienting scenes that don’t connect easily to the primary story. Based on the title and a few hints from the dialogue, we can infer that these moments are glimpses at the past lives of Boonmee (Thanapat Saisaymar) or the other main characters. However, there's not an easy way to dissect the plot into a straightforward explanation. Instead, audience members must do the work and decide for themselves what we’re actually seeing. Did these events actually occur in the past, or are they reflections of the fragile state of mind of Boonmee and his family?

Writer/Director Apichatpong Weerasethakul is known for crafting stunning, intimate pictures that both inspire and alienate viewers. Developed as part of his Primitive Project, Uncle Boonmee is one of those confounding movies that is difficult to comprehend but stays with you for a long time. This was my first experience seeing a Weerasethakul film, and I’m curious to delve into his other works, particularly 2006’s Syndromes and a Century, which was ranked #4 on the top films of the decade by Film Comment. Weerasethakul’s camera lingers on shots for what feels like an eternity, which can be mesmerizing at the right moment. This style is perfectly suited to inventive visual arts displays at museums, and he’s created short films for that purpose. 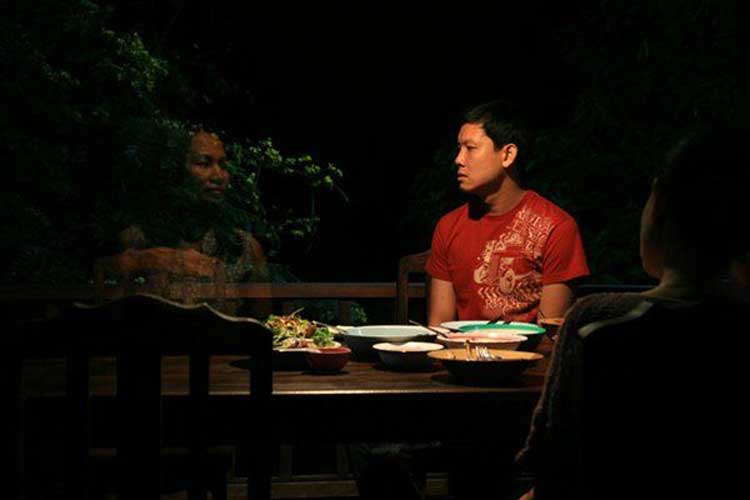 Uncle Boonmee’s story focuses on a small group of characters who have gathered at Boonmee's farm for what may be his last days. His sister Jen (Jenjira Pongpas) arrives to help out with her son Tong (Sakda Kaewbuadee), but their experience quickly becomes surreal. While sitting down for dinner, the ghost of Boonmee’s dead wife Huay (Natthakarn Aphaiwonk) fades into existence and seems real. Next, their son Boonsong (Geerasak Kulhong), who also has died, arrives at the table, but he has morphed into a red-eyed monkey. This is a stunning moment, but the characters find a way to get over their fear and interact with the spirits. Their conversations are fairly mundane, and they even get out a photo album to reminisce about old times. Although it contains surprise ethereal visitors, this is actually one of the more convincing sequences in the movie.

The film begins with a long scene involving a water buffalo escaping from its handlers and then spotting a strange dark being with red eyes. This event stands apart from the rest of the picture, though we could read meanings about reincarnation into the entire prologue. The ghost resembles the look of Boonsong and appears like a human swallowed by the natural world. Throughout this film, Weerasethakul displays a sharp connection to animals and the land while mourning their possible loss. In one striking sequence, he shifts to still photographs of soldiers marching farmers away and treating them brutally. Later on, characters are watching similar footage on TV, which connects them to the wars and nastiness of the modern world.

Much of Uncle Boonmee blends together into a collage of moments rather than a linear plot. However, there are two examples that (for completely different reasons) clearly remain with me several days later. The first is an odd interlude involving a princess visiting a gorgeous pond while separated from her group. Looking into the water, she sees the reflection of an attractive, much younger version of herself. After speaking to a spirit of the river, the princess strolls into the water and has a ridiculous encounter with a catfish. I could say more, but it’s just one of those moments that you have to see. The other memorable scene is the ending, which sends Jen and Tong on an unexplained journey apart from their physical selves. This is a perfect example of a scene that could be read numerous different ways.

There are remarkable moments in Uncle Boonmee, but it’s a demanding experience that will lose some audiences. I’ll admit that certain segments, particularly in the second act, nearly lost my interest. Contemplating the images and themes several days later, the resonance is still powerful and doesn’t fade like some fare. The issues that Weerasethakul raises about life, death, and the afterlife have grown more present for me as I’ve grown older and have a family. The experience isn’t easy, but there are rewards beneath the surface if you’re willing to let your mind engage with the themes.
Film Review