The Fun and Importance of Wonder Woman 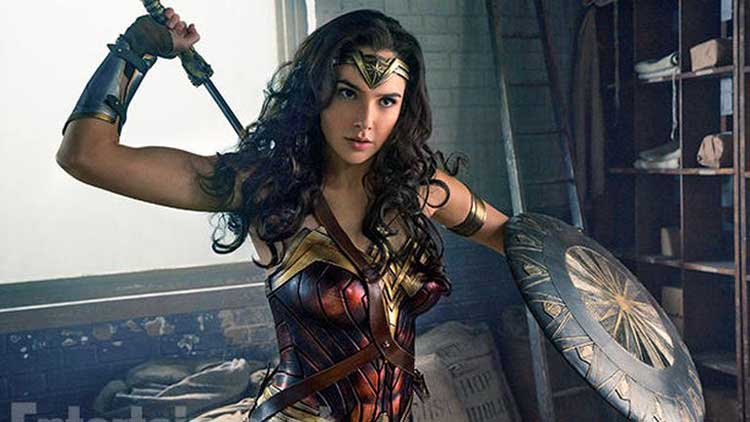 What more can be said about Wonder Woman? It’s already become a blockbuster hit, which is thrilling given the intense focus on its success. In the world of Trump, an extremely rare superhero movie with a female director takes on much greater meaning. Far-right trolls were just waiting for Wonder Woman to fail. Instead, Patty Jenkins’ new film is closing in on box office records. I took my daughter to see it on Saturday, and it was heart-warming to observe such a diverse audience. She’s eight and maybe a little too young for some parts, but I decided it was worth it because of how uncommon it is to have a female lead in a superhero blockbuster.

Looking beyond the cultural significance, this isn’t the most impressive summer slate for big-budget movies. Logan was a surprise hit back in March, and Guardians of the Galaxy Vol. 2 did monster business. Plenty of other wide releases have failed, and there are candidates for a similar fate on the way. Wonder Woman was hardly a surefire hit, but positive word of mouth and the lack of much competition helped its cause. It’s also an entertaining movie that doesn’t take itself too seriously. It’s a welcome change to see a movie that doesn’t feel loaded by its franchise. There are no extra scenes in the credits that tie in to other films. With the exception of brief references to Bruce Wayne, there’s little mention of other parts of this comics universe.

The highlight is a glorious action scene that reminds me of why I love movies. The sequence begins with a gloomy look at the horrors of trench warfare, but that’s really just a set-up to let Diana take matters into her own hands. When she stands up and fights, the stark difference between this moment and other gloomy DC superheroes is remarkable. She’s facing down a storm of bullets and actively changing the narrative. Without malice or anger, Diana blazes across the battlefield and inspires the troops behind her. This scene culminates in a nearby village with Diana using a makeshift trampoline and blasting through a tower to stop a sniper. It’s such a fist-pumping moment that it’s hard for anything to match it the rest of the way.

This sequence epitomizes the difference in direction and tone for this movie. The stakes are still high yet they never weigh down the audience. The main reason is Diana herself, who can’t help but be a hero. Gal Gadot perfectly embodies the self-motivated, powerful force that no one can stop. She’s graceful in the action scenes in a way that doesn’t feel like a CGI trick. There’s also a glint in Gadot’s eyes that reminds us that what we’re watching should be fun. This tone carries over into the quieter scenes, which offer laughs and heart that were definitely missing from Batman v. Superman. Jenkins’ direction rarely pummels us, and the screenplay from TV vet Allan Heinberg doesn’t hammer the obvious themes.

This fresh take is evident in the “fish out of water” scenes in London after Diana leaves her island home of Themyscira. She arrives in a man’s world, but we don’t see too many one-note caricatures of sexist villains. A subtle comment from Diana comparing secretaries to slaves is a lot more effective than boorish enemies. The men in Parliament are bewildered by her arrival, and that says plenty. Diana’s lack of decorum is played for laughs but not at her expense. She’s the extraordinary person in a world that has a long way to go. We still do.

This restrained approach works because it’s unexpected in a big-budget superhero movie. It’s also fun to just spend time with the characters, particularly Diana and Steve Trevor (Chris Pine). There’s also a fun turn from a nearly unrecognizable Lucy Davis (Dawn from the British version of The Office) as Steve’s assistant Etta. The scenes in London complement the action and keep it grounded. There are plenty of fireworks to come, but that means little if we don’t want to join the trip. Taking a breath and then starting the next journey is so important. The deft pacing is what helps the story avoid losing steam after its opening act on the island. There’s still a little too much of the kitchen sink in the final act, but it takes a long while before we reach that point.

The opening act could easily fall prey to exposition syndrome, but it never falls into that trap. It helps to have Robin Wright as the fierce military leader Antlope and Connie Nielsen as Diana’s mom Hippolyta. Both sell dialogue that could be silly in lesser hands. It’s easy to see what Diana is giving up by leaving this paradise. The film’s 141-minute running time is a little bloated, but the cuts shouldn’t come from this section. It’s necessary to understand Diana’s world and why she’s initially confused by the different culture. It’s also a gorgeous place that doesn’t seem like just a CGI creation. A director like George Lucas would have piled on over-the-top scenery and creatures and lost the reality. Jenkins doesn’t fall into that trap and creates a believable location.

Ludendorff (Danny Huston) and Dr. Maru (Elena Anaya) are less thrilling as the two main villains. They’re the typical one-note characters (especially Ludendorff) who mainly exist to give the hero someone to battle. The saving grace is that we don’t spend that much time with them, but that makes their defeat seem less uncertain. The final battle includes a surprise twist, though it’s telegraphed due to Roger Ebert’s Law of Economy of Characters. That moment adds some depth to the conflict, yet it starts to fall apart when the scene keeps going and going. It’s a minor quibble in a very entertaining movie but dulls the final impact just a bit.

What sticks with me about Wonder Woman is the excitement in seeing a modern blockbuster that works as a classic adventure. Gadot and Pine have good chemistry as a pair, and their connection does not distract from the plot’s forward movement. The World War I setting builds a sense of place in a similar way to Captain America: The First Avenger. Both don’t have to create fake countries or grim cities to sell their narrative. The war also makes the horrible acts of the villains feel more natural. It’s not that much of a stretch from the trench warfare that actually occurred. Diana’s powers stand out but don’t overwhelm the other characters’ struggles.

I’m thrilled to see great success for Wonder Woman, which does more than validate an entertaining film. I can’t overstate its importance to the larger struggle, especially with Jenkins as the director. There’s still a long way to go in multiple realms, but this is a major step in the right direction. Trolls can gripe about all-woman screenings and spew hate, but they look even more ridiculous now. It’s sometimes hard to stay positive with a madman leading the country and terrible news each day. The achievements of a blockbuster film might seem trivial, but they make a difference. Young girls like my daughters will see a role model like Diana on the big screen and believe they can be heroes.