The Bone-Crushing Brilliance of Logan 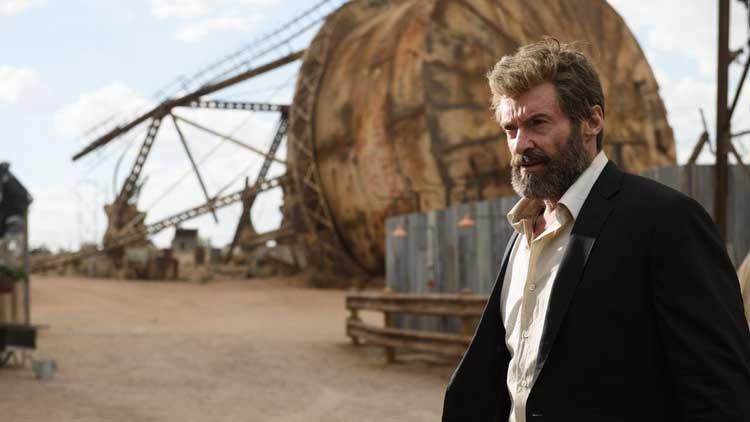 We’ve spent considerable time with Hugh Jackman’s Wolverine in six X-Men films and two past solo projects, yet there’s still more to mine with this character. In the latest incarnation in Logan, he’s a middle-aged guy slumping through a dreary life. He’s well over 170 years old, but who’s counting? The title character drives a limo and transports partying youngsters and other patrons through an oblivious world. This 2029 resembles our time, and it’s a sad place when seen through Logan’s eyes. Mutants have largely disappeared, which makes him a lost soul.

There’s a definite western vibe to this film, particularly once Logan returns to a dying Charles Xavier (Patrick Stewart) south of the border. This bleak landscape matches the depressed Logan’s outlook on life. He’s basically a weary Tom Doniphon watching civilization take hold. It’s no coincidence that James Mangold uses Johnny Cash over the closing credits. Logan is a true outsider that only sees the danger and violence surrounding him. Most of his friends (and apparently his love Jean Grey) are dead. He’s just moving slowly towards a sad end.

Parts of Logan resemble a post-apocalyptic film, especially the giant abandoned plant where an ailing Charles and his caretaker Caliban (Stephen Merchant) live. It’s easy to view this place as the next step in our ugly Trump-led world. We see working-class people and immigrants struggling while an abusive band of Reavers kills without a second thought. There are superhero elements to this low-key story, but they never overwhelm the connection to present-day life. It’s easy to sympathize with Logan’s emotional disconnect from everything around him.

Making Logan a mentor for the young mutant Laura (Dafne Keen) is a standard plot trope, but the script from Mangold, Scott Frank, and Michael Green dodges the obvious beats. Logan doesn’t magically find meaning in life through his fatherly connection and initially dismisses her. It takes a lot to get him to make the trip to North Dakota with Laura (also known as X-23). He also has little choice once Pierce (Boyd Holbrook) and the vicious Reavers arrive. They’re interested in reclaiming their property and will kill any obstacles along the way.

Mangold tackled similar territory in The Wolverine, particularly with Logan struggling to overcome past trauma. I enjoyed the more serious take, particularly during its first hour. This film doubles down on that approach and works even better due to the R rating. There are many brutal stabbings and other grim violence, but it sets the right mood for the material. The fights are visceral and cruel, especially when innocent people end up in the crosshairs.

One lesson to grab from this film is to never help Logan. When Will and Kathryn Munson (Eriq La Salle, Elise Neal) invite him for dinner, they’re doomed to tragic deaths. Next time, Logan might want to warn kind people that he’s being chased by violent enemies. The way that the X-24 wipes out the Munson family (and their teenage son Nate) reminds us of this world’s unflinching cruelty. Created from Logan’s DNA, the X-24 has the skills but not the emotions. He’s basically the Terminator from the first film, not the friendlier Arnold from later projects.

There are quite a few connections between this film and Terminator 2: Judgment Day. There isn’t an impending apocalypse here, but the atmosphere of doom is quite similar. Like John Conner, the mutant children are looking to escape from forces that would seek their destruction. Zander Rice (Richard E. Grant) is technically human, but his face is devoid of emotion. He’s a monster that has no compassion for anyone, particularly mutants. The bleak desert environment also matches James Cameron’s world of T2. Even before the world explodes, people already live off the grid.

I don’t want to undersell the thrills; there are quite a few action scenes, and most are very effective. The violence is right in your face, and Mangold doesn’t cut away before the killing blows occur. Viewers accustomed to the Marvel framework may not be ready for this level of bloodshed. There’s little security for anyone on screen, even our title character. Villains nonchalantly kill innocent bystanders that get in the way while pursuing their top prize. Few will survive unscathed during the ugly, difficult march to freedom.

Logan follows the classic road movie structure and finds room for character drama within the 137-minute running time. Unlike a bloated project like Batman v. Superman, the extra space here is refreshing. Jackman, Stuart, and newcomer Keen all give strong performances within this airy framework. It makes the final act more powerful because of how much time we’ve spent on the road with this trio. This resonance should bring staying power to this film beyond its original release. It’s a fitting end for Wolverine and a perfect swan song for Jackman in the iconic role.

Superhero Catch-up: A Civil War, an Apocalypse, and the Dawn of Justice
Guardians of the Galaxy Review
Iron Man 3 Review
2017 Film Review