The Lobster and Cults of Singular Thinking 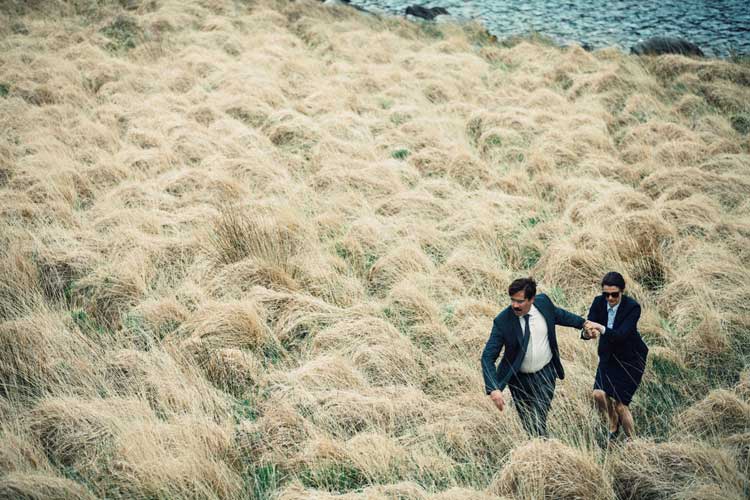 It’s become easier with each passing week to understand dystopian films. Elected officials make statements that would seem hilarious if they weren’t so frightening. This is especially true when it comes to basic ideas of identity and respect for differences. When a candidate thrives under a message of bigotry and ignorance, it indicts all of us. This moment also gives close-minded thinkers the belief that they can speak freely with intolerant views. These issues all connect to the absurd world of Yorgos Lanthimos’ The Lobster, particularly ideas on romantic relationships. The strict rules of that society don’t seem as far-fetched when you consider them while under a potentially authoritarian leader.

The Oscar-nominated screenplay from Lanthimos (Dogtooth) and Efthymis Filippou depicts The Hotel — the world’s worst singles retreat. Residents like David (Colin Farrell) have 45 days to find love or will become an animal of their choosing. He chooses a lobster (hence the title), which doesn’t seem like the best idea. There are many rules to follow at The Hotel, including the partner you choose. You can’t just lie and say that you love another person. A specific personality or physical trait has to match the other person. It’s eventually clear that these rules do not just apply to The Hotel. They are a core aspect of The City on the whole. Even the animals must find companions or risk extinction. The entire society thrives on coupling.

This premise is absurd on its surface, and it appears more outlandish because everyone plays it straight. No one but David even gets a character name in the credits. Ben Whishaw’s character is known as Limping Man, though you could also call him “Man Who Smashes His Nose to Get the Girl”. The set-up works as a comedy, and there are plenty of funny moments. It also clicks as an indictment of our culture, and that idea has only grown for me with each passing day. I’m married but can remember the days of probing questions from relatives about girlfriends and marriage. Loners are regarded with suspicion, and relationships that differ from the norm receive scrutiny. Fear of anything out of the ordinary remains a common trend in society.

What makes The Lobster more than a comment on marriage is the way it presents The Loners out in the woods. A lesser film would depict that group as free-thinking rebels like Denis Leary’s gang in Demolition Man. Instead, they also have restricted views and employ brutal punishments to offenders. People who flirt can face the “red kiss”, and I don’t even want to consider what the “red intercourse” punishment would be. Lea Seydoux plays the Loner Leader with a stone-cold detachment, and she enforces the strict rules without compassion. The Loners seem even worse than The Hotel because their choices defy our expectations.

The connective tissue between the Loners and The Hotel is the cult of singular thinking. This lack of nuance hits home when you consider the frustrations of our current political divide. It’s all or nothing, with little in between the sides. When David and the Short Sighted Woman (Rachel Weisz) fall in love, the response from the Loner Leader is quiet but vicious. She can justify the move with the rules, but it’s really just a cruel act. This type of logic is dangerous, particularly when it goes to people in power. Others will fall in line just to avoid a similar fate.

The Lobster works as a comedy and includes wonderfully odd moments, especially at The Hotel. John C. Reilly fits right at home in this setting. The romantic interactions are painfully awkward as characters look for any way they connect. If a couple starts to struggle, you can always give them a kid to change the landscape. It’s such a nihilistic look at relationships! The only true romance happens by chance, but there are few opportunities for long-term happiness. A society built on restrictions will stamp out anything that veers from the model. Lanthimos reminds us to stay vigilant against normalizing these rules; they can only lead to our destruction.

The Lobster is currently available for streaming on Amazon Prime and highly recommended.
2016 Film Review