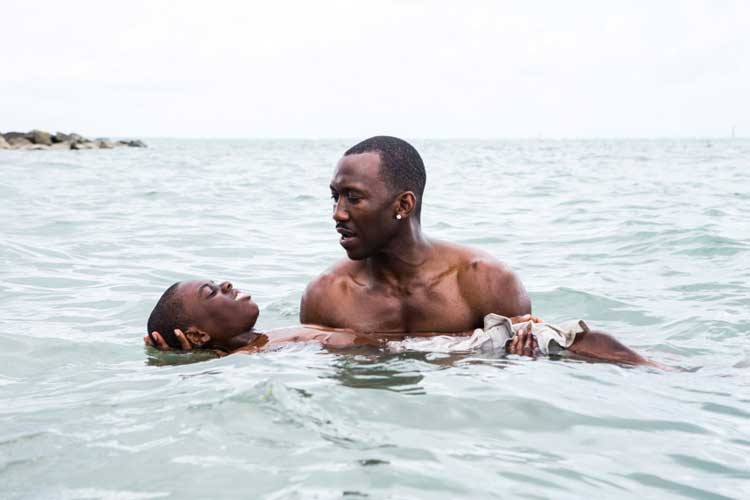 Moonlight and the Importance of Personal Films

In times of great sadness and fear, it’s understandable for cinephiles to huddle up and retreat towards escapist fare. Why face down issues that will only heighten stress? I’ve definitely pulled back from the daily barrage of distressful post-election news. My movie watching has shifted more to personal stories than blockbusters, however. Recent films like Certain Women and Morris from America feel more essential as chaos erupts on a larger scale. A timely example is Barry Jenkins’ Moonlight, which portrays a convincing life across three unique performances.

The story focuses on the life of Chiron across three time periods as he grows up in the South. What sticks with me about this film is the thoughtful way it approaches his experiences. Chiron isn’t a symbol of the current state of masculinity or race, though you can read plenty into his story. That approach dismisses the heart that’s present during each segment. We’ve seen schoolyard bullying, neglectful parents, and social isolation on screen many times. Moonlight stands apart through its emotional connections with the audience. When Chiron takes punches, we feel every one. There is no real gap between on-screen events and our experience.

This bond doesn’t mean this film is too broad or universal, however. Working from a story by Tarell McCraney, Jenkins presents an individual tale of struggle. Chiron’s classmates identify him as a homosexual well before he understands it personally. Throughout his childhood, everyone (including his mom) puts Chiron in a box and refuses to accept him. The opening scene involves other boys chasing him into a run-down building. This constant pressure makes him a nearly silent member of the community. There’s no sanctuary at home either.

The opening act centers on Chiron (known then as Little) finding a friend in Juan (a remarkable Mahershala Ali). Their father-son relationship brings much-needed warmth to the first act. The scene of Juan teaching Little (Alex Hibbert) to swim reveals their unspoken connection. They’re doing an everyday thing like so many families. Juan is a drug dealer, but his job is inconsequential compared to his love for Little. Juan’s girlfriend Teresa (Janelle Monae) is a sharp contrast from Little’s manipulative mom Paula (Naomie Harris). This family unit brings normalcy, but it’s short-lived. There’s always the trip home to bring life crashing down to earth.

The performances from Ali and Monae (in her first movie) strongly connect because they’re playing realistic people and not obvious saints. Juan sells drugs to Paula and plays a role in her downward spiral. Teresa does her best to help Chiron as a teen yet can only give a brief reprieve. The bullying gets worse and threatens more than just minor bodily harm. When Chiron (Ashton Sanders) stares into the mirror with blood streaming down his face, he seems capable of anything. The stone-cold look on his face when he returns to school is frightening. Even the strongest person can only take so much grief before he cracks.

A pivotal relationship for Chiron is with his childhood friend Kevin, who is important to all three acts. Their re-connection in the final chapter provides a lot of heart and regret. André Holland plays Kevin as an adult with so much grace. No one understands what Chiron (known as Black on the streets) is experiencing better than Kevin. Their diner reunion brings some respite to a guy who’s closed off almost everything. He barely resembles the kid and teen we met but still has that soul beneath all the barriers. The sweet image that closes this scene offers a glimmer of hope. They’re still living in the same unkind world, yet can find comfort with each other.

It’s surprising to note how much Black differs from the guy we knew at a younger age. He’s a small-time criminal with gold teeth and a bulky frame. This world beat the quiet, emotional kid into submission. Black has grabbed a little power and won’t allow others to best him. Trevante Rhodes’ performance as Black doesn’t overdo the gloom. There are cracks in the façade, especially when Kevin calls. We still want Black to succeed and be himself. Rhodes says plenty with limited dialogue as the barricade slowly dissolves by the end. 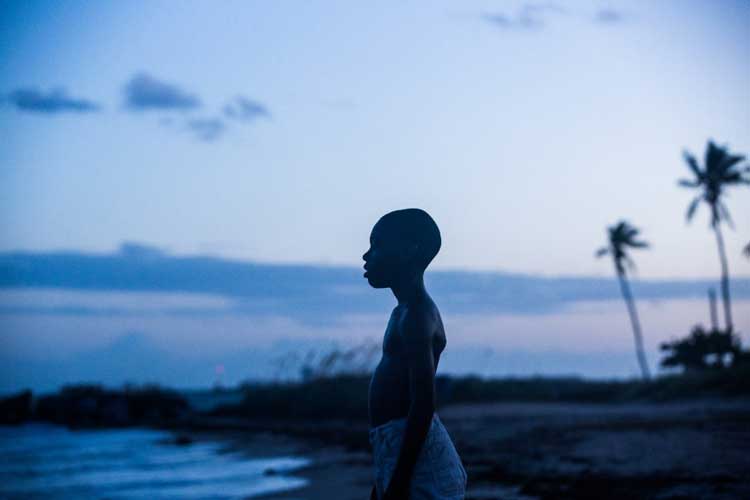 Moonlight takes its time and gives us a chance to understand Chiron’s world. Jenkins’ confident direction allows the scenes to flow naturally. The first act is quieter and conveys a sense of discovery from the young boys. The teenage era is more frenetic as the confusion and outside pressure grows. A languid certainty pervades the final act, where Black meanders through his life. That feeling shifts when he chooses to visit Kevin yet still has the quiet regret of adulthood. Jenkins’ personal connection to the material draws us into the story without forcing the issue.

It feels shallow for me to use this film to help calm my nerves about our future. On the other hand, it’s essential to support quality art from diverse voices. I can’t change the election results, so small choices make a difference. It all matters. The films, music, and literature that we support are important. It’s up to us to recommend work that expands our worldview. They aren’t just message movies either. It’s a lot harder to take a linear view of the world after exposure to a wider landscape.

Moonlight depicts the dark side of our social norms, but it’s not cynical. By showing the humanity of characters like Kevin, Juan, and Teresa, Jenkins delivers a picture that can raise our spirits. Life is a struggle, particularly for anyone marginalized like Chiron. Few give him a chance, but he’s still living out each day. When Chiron ultimately opens up to a friendly face, it reminds us that love is possible. The quiet ending offers peace and a little hope, through the internal conflict never really ends.
2016 Film Review