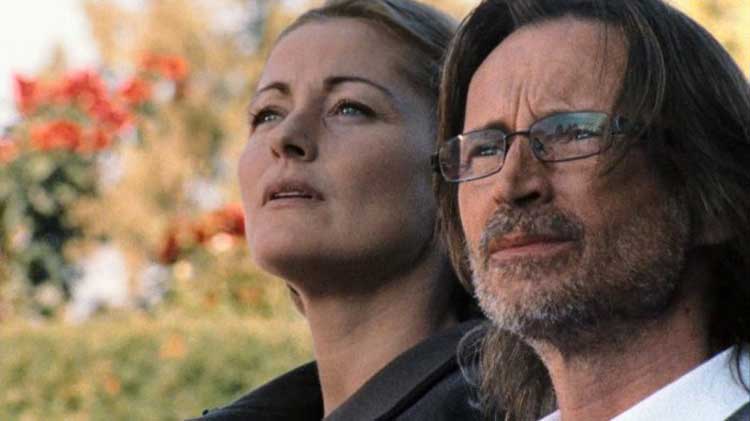 Unlike the previous Stargate series, SGU thrives because of its large ensemble. When Young talks about getting his people home, it doesn’t feel like he’s only referring to four people. We constantly see background characters interacting, which creates a believable atmosphere on the Destiny. There are still a few stars that draw the most attention, however. Young is the leader, but it’s really Eli and Rush that steal the show. David Blue is the audience surrogate as Eli and makes him so endearing. Even so, it’s Rush that stands out as the most complex character on SGU. The remarkable work from Robert Carlyle only improves with each viewing. He’s willing to show the darkest sides of Rush, but it’s never just for shock value. There’s a method to his madness even when his behavior is callous towards his fellow crew members.

What makes Rush work is the humanity beneath the character. Carlyle says so much with his eyes; there’s compassion even when he’s being cruel. This episode paints a clearer picture of the trauma that helped create the bitter Rush we know. The loss of his wife Gloria (Louise Lombard) drives his pursuits on the Destiny. Controlling time and space is more important than getting home or playing nice. The wounds of losing Gloria to cancer are still fresh in Rush’s mind. His brain chose one of the worst times in his life because that experience haunts him. The belief that he might change his past through the Destiny is too strong to ignore.

“Human” uses a fairly common storytelling device to explore Rush’s past. Instead of a straight flashback, we see a variation on those moments that connects to his goals to solve the Destiny’s code. It’s no surprise that Robert C. Cooper directed this episode. His three SGU episodes (“Time”, “Human”, and “Malice”) are all excellent and deviate from the show’s regular entries. They move away from the Destiny, and Cooper takes the opportunity to shoot them differently. The bleached look for “Human” makes sense because it’s an artificial version of reality. Rush sees moments from his past, but he’s really viewing a creation from the Destiny’s systems. 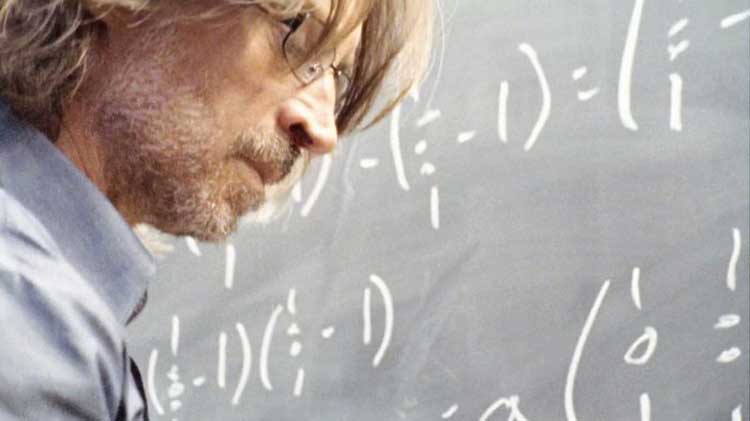 Jeff Vlaming’s script finds ways to explain Rush’s history without too much exposition. We begin with Rush waking up next to a woman in a nice home. He puts on his glasses and immediately starts working on a formula. What’s immediately noticeable is the brightness of this space. We know it’s not the Destiny without having any explanation. Vlaming worked most recently on Hannibal, and he understands how to craft smart TV. “Human” was his only SGU episode, and he made it count. We’re immediately drawn into this story and know it’s quite a different environment. The shot of Rush’s crazy office before the opening credits reveals a man on the brink of madness and sets up an intriguing mystery of what’s to come.

It doesn’t take long before we start to grasp Rush’s actual location. Symbols appear in his vision while he teaches class at the university, and he cares little about his wife’s cancer. Rush is treating this entire day like it’s nothing special. Even when Daniel Jackson appears to inform Rush about the Stargate program, he could care less. All this has happened before, and it will happen again…at least in Rush’s mind. When we finally see the shot of Rush motionless in the chair on board the Destiny, it’s a striking image even after catching the hints before it. 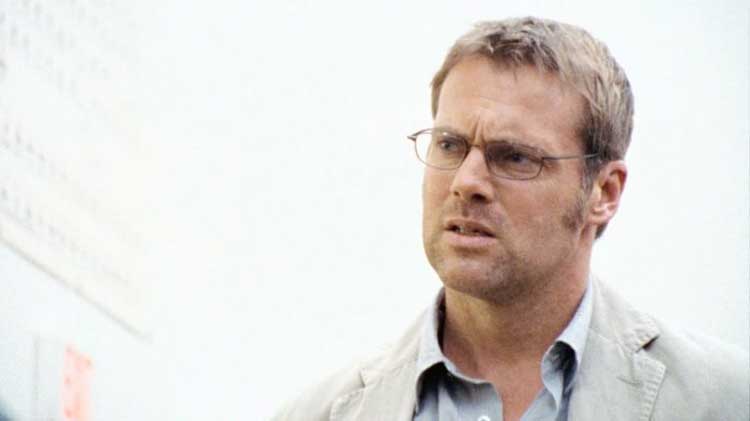 Some fans disliked the appearances of SG-1 cast members on SGU; they seemed to fit within a different universe. I like the way they become supporting players in this new story. It reminds us that we’re still in the same world even if the tone is different. Richard Dean Anderson and Michael Shanks don’t need to make huge adjustments to feel authentic on this show. The situations are more dramatic, but their acting still feels natural. Shanks appeared as Dr. Jackson in a video clip explaining the Stargate program in the pilot. It was refreshing to have him return for a more significant role in this episode. The choice to have Jackson appear as part of Rush’s memories also works. He isn’t just stopping by a brief cameo to remind us of SG-1.

Jackson serves as a bridge from Rush’s personal life and his time on the Destiny. That moment comes near the end of his wife’s struggles and begins his journey to work on the Stargate program. Jackson also provides clues that help Rush unlock the basis for the Destiny’s master code. It’s fitting that an archaeologist who studies ancient symbols would help Rush on his way. There’s also a nice callback to the death of Jackson’s wife Sha’re in SG-1’s “Forever and a Day”. He also was helpless to save her, and that connects to Rush’s inability to help Gloria. Beyond the thematic connections, it’s just great fun to see Shanks playing Jackson once again. 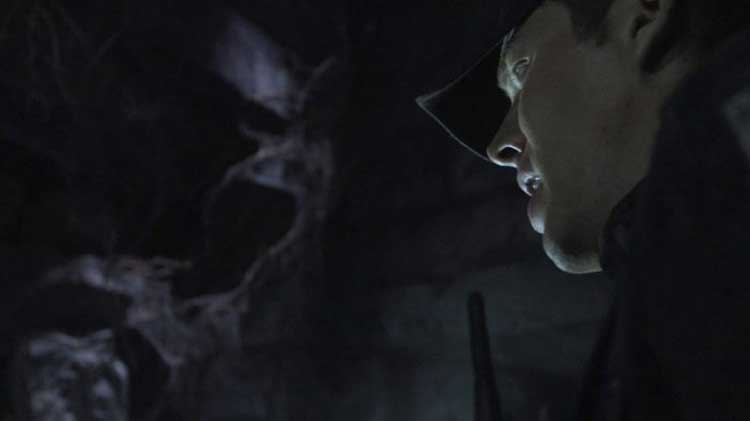 It’s easy to forget the B plot of this story involving Eli, Chloe, Scott, and Greer’s expedition to a new planet. It’s easy to blame the two civilians for leading them into a dangerous situation. They were getting stir crazy on the Destiny and don’t have the military discipline. In a sense, Scott and Greer (plus Young) were more to blame for getting them into this situation. They also suffered from bad luck when a “sizable spider” appeared at the wrong time. Venturing into the unexplored tunnels was foolish, but it was hard to predict what would happen. Their fate is mostly a strong reminder about the dangers of the Destiny’s time limit. Even when a situation appears safe, all it takes is a cruel twist of fate to create serious danger.

While this story line feels like a distraction from Rush’s efforts, there are some good moments. The transparent attempts by Eli and Chloe to explore the planet are charming, and Young’s knowing smile is a nice touch. On a different note, Greer’s serious reply to Eli’s joke of “you scared?” and the brief flashback again hints at Greer’s traumatic past. The slow reveal of the demons from his past is effective and depicted well by Jamil Walker Smith. With each failed attempt to escape, the sense of impending dread increases. The final shot of the four characters standing in disbelief as the Destiny jumps away is a real surprise. 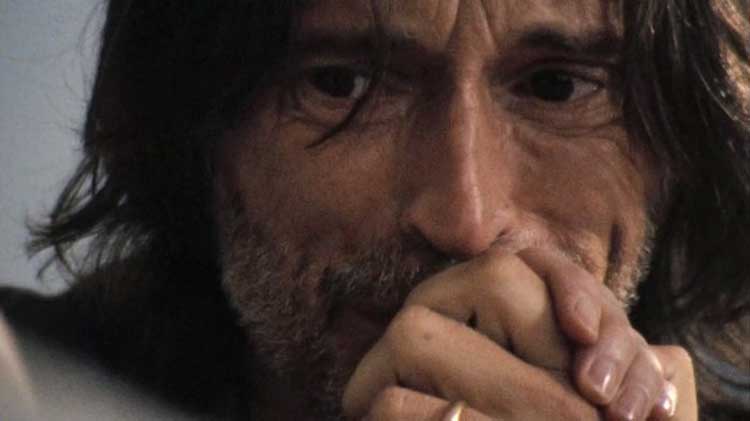 What Have You Become?

The scenes on the planet are really the first act of the next episode “Lost”, which focuses on the search for them. This week’s centerpiece is Rush, who risks his life to enhance their knowledge of the Destiny. The ultimate revelation of the number 46 is secondary to the emotional journey for Rush. Carlyle does remarkable work in the final moments with his wife. The reasoning for his callous behavior to others is on the nose, but Carlyle sells the turmoil. He’s a broken man without Gloria, and it will take great effort for Rush to overcome that anger.

Another interesting aspect is Young’s tough decision on whether to save Rush. If he doesn’t act and Rush discovers new info, that may save the stranded people on the planet. Despite the new information, there’s little Rush can do in such a limited time. Young had faith in Rush, which shows an evolution in their relationship. It didn’t help to solve the crisis, but the extra time allowed Rush to find a clue that could pay major dividends. SGU’s slower pace allows characters to slowly change and interact differently over time. It takes some patience, but the adjustments feel natural over the full season. “Human” is an engaging detour that provides Rush’s history while still driving the story forward. The clue he found sets up greater discoveries down the road.