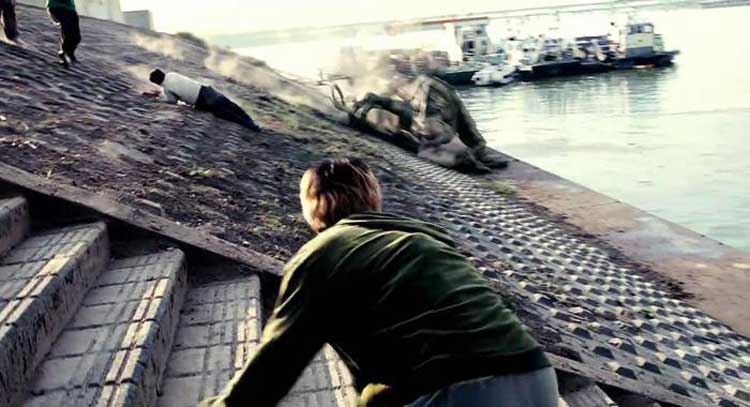 It might seem peculiar to have a Blind Spot film that’s only 10 years old, but this is a rare exception. I’ve been hearing raves about Bong Joon-ho’s The Host almost constantly since its release. A hugely popular movie and a key part of the rise of South Korean cinema, this film doesn’t fit in a simple box. Bong takes the monster-movie format and creates a sad look at the impersonal ways that governments deal with their citizens. I don’t want to oversell the complexities, but there’s definitely more happening than just showing a grisly creature.

The Host feels quite similar to Bong’s latest film Snowpiercer (my #1 movie of 2014) in the way it outshines its B-movie formula. That movie is even more audacious (and feels less human), but both are quite different than you'd expect. The over-the-top situations still allow for great drama, even while the scenes can be ridiculous. The monster is a strikingly original beast created through intentional pollution by evil U.S. scientists. Even so, it’s hard to take it too seriously. Its attacks are closer to a football linebacker charge than your normal horror-movie baddie. You don’t want to get stuck inside its teeth, but the creature mostly just knocks people out of the way.

This story centers on Park Gang-du (Song Kang-Ho), a shop owner who isn’t the smartest guy in the room. He runs a shack near the river with his family, including his daughter Hyun-seo (Go Ah-sung). When the monster unexpectedly appears and attacks a crowd of people, all chaos ensues and Hyun-seo is taken. When a surprise phone call reveals that she’s still alive, the family embarks on a daring journey. It’s quite a slow burn on this road trip with the bickering group. Gang-du is joined by his father Hee-bong (Byun Hee-Bong), archer sister Nam-Joo (Doona Bae), and former activist brother Nam-il (Park Hae-il). They’re hardly normal heroes and are comically inept at times. This could be frustrating if you were expecting more capable lead characters. Gang-du spends a lot of time freaking out about his daughter and not acting.

The first attack resembles an old-school monster movie with screaming masses running in all directions. Bong takes a rare gamble in giving us a clear view of the creature. If the audience doesn’t believe in it, this movie would be DOA. Instead, it’s such an odd sequence that it intrigued me about what was coming. The film’s opening scene includes a creepy American scientist (Scott Wilson) ordering a worker to dump formaldehyde into the Han River. There’s such an ominous tone to this moment, and it contrasts with the outlandish appearance of the monster on the shore. Bong is such a master at mixing genres without taking us out of the story.

There’s a cynical undercurrent through the action about governments’ inability (and lack of interest) in protecting its citizens. The South Korean leaders spin a tall tale about a virus and are fine with releasing the “Agent Yellow” chemical agent to hide the truth. They’d rather capture people who saw the creature than deal with the truth. The Americans are even worse and seem more than incompetent. There’s true evil in these characters, which explains why the North Korean government reportedly loved this movie. I’d read the message as critical of all large institutions, with the U.S. standing in for any overly powerful government. They’re the typical uncaring military figures of The X-Files who would rather create more carnage than lose control. 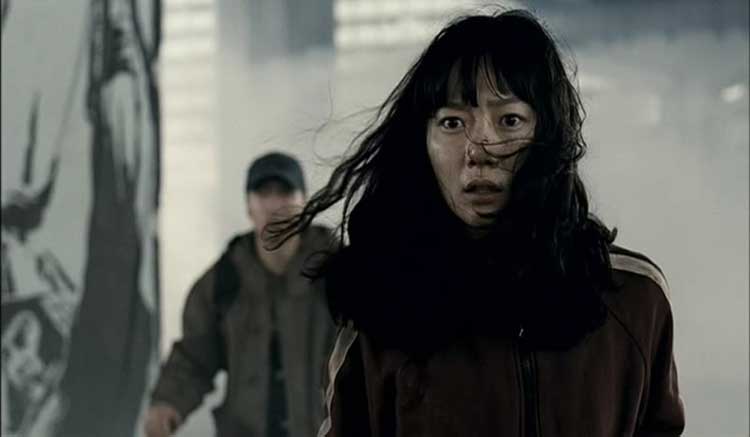 Following the early mayhem, the pace lags while the family struggles to make progress. It’s a test to the audience to stick with this group after multiple failures. There are two main reasons the slow approach doesn’t lose the impact. The first is the paranoid atmosphere that looms over everything. The family is depicted as a threat to national security, which pits even good people against them. There's also compelling sadness in the face of Hee-bong, especially during his monologue about his son. The formerly comic Gang-du becomes a tragic figure with this new info.

The Host risks slipping off the rails before the fiery climax, but any doubts are gone after the gut-punch ending. It’s rare to spend so much time with characters and then watch them fail. It isn’t a nihilistic ending due to a touching silver lining. Even so, there’s no feeling of triumph when the creature finally meets its end. The battle seems unfinished while the government receives no punishment for their awful behavior. Individuals may survive and even make no emotional connections, but the leaders care little. It’s only a matter of time before the next crisis happens.

This is the second entry in the 2016 Blind Spots Series.
Blind Spots Film Review