We Are the Best! Review (Lucas Moodysson) 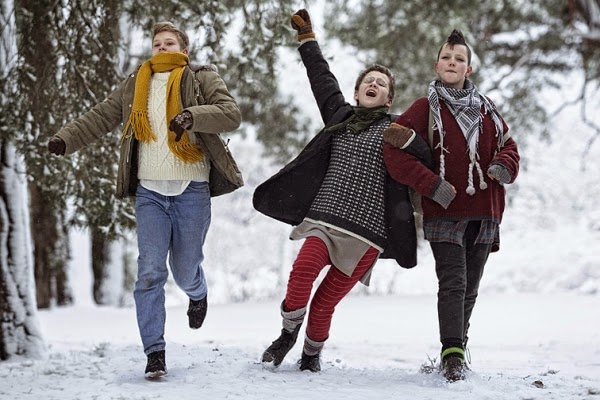 It’s easy to focus on the commercial side of making music. Bands form and become stars, and it’s their success that receives the attention. What’s forgotten is the joy in coming together and creating something new. Playing can be an outlet to cope with unfortunate situations at home, work, and beyond. Talent isn’t necessary if the connection is there within the group. This chemistry provides the heart for the trio of 13-year-old girls in Lukas Moodysson’s We Are the Best!. Adapted from the graphic novel Never Goodnight by his wife Coco Moodysson, this charming film shows what music can bring to girls who don’t feel heard. They’re living in working-class Stockholm in 1982 and feel disconnected. Punk rock is the perfect outlet, assuming the guys will let them join the club.

Bobo (Mira Barkhammar) doesn’t resemble the typical punk fan; her short hair and shy demeanor make her nearly invisible. She wears glasses and has little interest in sports or other girls’ interests. Her single mom is busy partying with friends and trying to find romance with uncaring men. Bobo’s interest in punk is more than a way to be different. She sits on her bed with her headphones and connects both emotionally and intellectually to the music. Her best friend Klara (Mira Grosin) has the look and bigger personality that you might expect in a punk band. She doesn’t shy from telling off the jerks and has the bluster to be the lead singer. Of course, that doesn’t mean there aren’t insecurities beneath the surface. Klara and Bobo are still young and figuring things out as they go.

The unlikely third member of the band is Hedvig (Liv LeMoyne), a religious girl who’s actually a great musician. A lesser movie would show her corruption through punk rock, but we’re in better hands with Moodyson. She gets a short haircut and loosens up, but Hedvig is still a good kid. Her personality meshes nicely with the brooding Bobo and energetic Klara. They have a long way to go as a band yet are just right as friends. Even when Hedvig’s mom tries to play hardball with Bobo and Klara, it doesn’t play out as expected. The girls share an interesting conversation about God, and it’s awkward and believable. They don't strike a false note and interact like you’d expect from young teens. 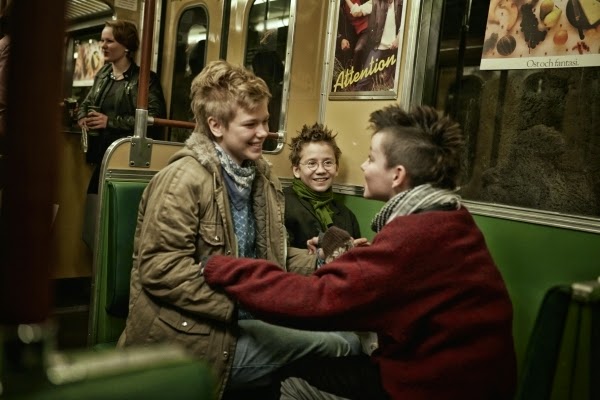 The three young actors have few prior credits, and that fresh perspective benefits the story. They’re young and uncertain in front of the camera, and that matches their characters’ behavior. That doesn’t mean they aren’t convincing, however. It just feels natural to see them on screen. Barkhammar is especially good as Bobo and has a tricky role with such an introverted character. Bobo is smart and has a high BS detector, even with friends. When she battles with Klara over a boy, Bobo finds a way to prove her worth even if it could hurt their friendship. The prize is hardly worth the effort; the guy likes punk but is just as bad as a sexist jock. Klara’s the louder member of their pair and grabs the attention, which makes Bobo feel less essential. They’re close friends and won’t stay mad for long, but introducing a rift shows that their relationship is still evolving as teens.

What makes this story click is the comedy, which shows many ways that people are stupid. Popular girls do a ridiculous dance in a talent show to The Human League’s “Don’t You Want Me”. Bobo and Klara are forced to play sports in gym class despite having no interest. The other band at the community center is a “serious” metal band hilariously named Iron Fist. Those guys receive all the attention from the adults at the center but lack originality. This isn’t a morose look at social outcasts and their challenges. The girls stand out because they aren’t followers, and that’s a threat. It’s inspiring to watch them build something with the band, even if the result is rough. That’s really the point of punk rock in the first place. It’s lo-fi and jagged, but there’s heart coming from the music. Bobo, Klara, and Hedvig are doing something that few others are doing, and their enjoyment is the real victory. 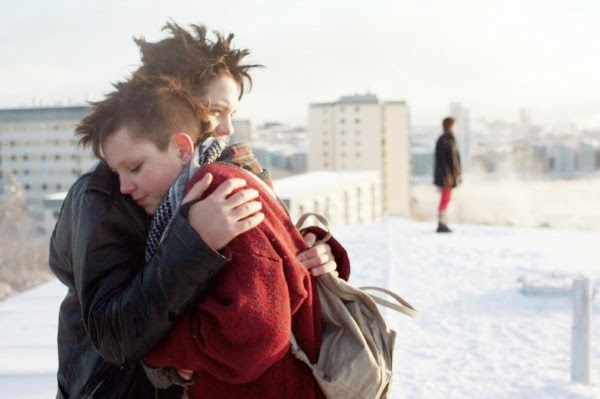 A major positive is the set design, which is filled with grays and browns. You can feel the cold air blowing off the screen. The girls’ homes feel lived in and cramped. A fun sequence has Klara’s dad and sister grabbing instruments and joining their rehearsals. What makes it work is the way they’re all crunched into the tight room. For anyone who’s lived in a small apartment or house, this feels right. Ulf Brantås’ cinematography finds moments of beauty within everyday settings. There’s a gorgeous shot of Klara and Bobo on a roof with the boy that finds elegance in the snow. Brantås works regularly with Moodyson, and he understands the director’s sensibilities. The story takes place in 1982, but Moodyson doesn’t overdo the period elements. There are subtle touches through fashions and music, but it's never obvious. Similar experiences could happen in any era.

Never Goodnight is an autobiographical tale for Coco, who was a young punk rocker in the early ‘80s. The personal connection is everywhere, and it’s no coincidence. Moodyson creates a unique story that doesn’t retell his wife’s experiences, but she provides the inspiration. Bobo, Klara, and Hedvig come to life and are genuine. When the girls perform in front of a small crowd in Västerås, the result seems just right. Where some might depict the moment as a failure, it’s a real triumph for the trio. Riding back home from the gig, they’re on top of the world. Their joy feels so deserved and ends the story on just the right note. The title seems just right for one of my favorite films of the year.
2013 Film Review