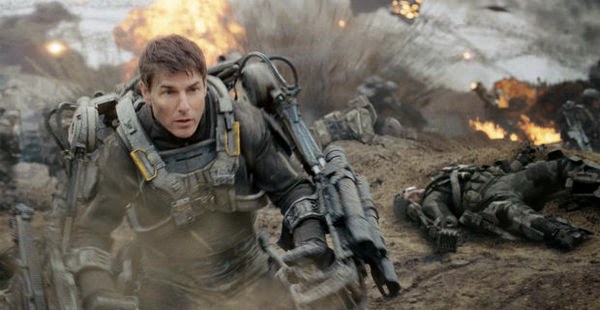 A quick glance at Tom Cruise’s recent projects might give the impression that his career is slumping. Jack Reacher, Oblivion, and Edge of Tomorrow all struggled to build a large audience in this country and didn’t match their reported budgets. Is the once bankable star losing his clout? Yes and no. It’s true that Cruise hasn’t been able to open a big movie in the U.S. without a connection to a larger franchise like the Mission Impossible series. That’s more of a symptom of current trends than anything else, however. Will Smith has also discovered that star power isn’t the currency it used to be. The worldwide box office is a different story, however. Oblivion more than doubled its domestic take in other countries, and Cruise is the main reason it sold well overseas. Franchise properties like Marvel have taken over here, but we’re just a modest part of the growing market around the world.

I mention this topic because it helps to clarify the progression of Cruise’s career. He knows that his films will do well in other countries, so he can pursue unique projects. This isn’t more experimental fare like Magnolia, but it’s hardly mindless trash. Despite being a rich star with strangely young looks, Cruise conveys an everyman quality. The 52-year-old actor rolls out the winning smile in Edge of Tomorrow, but it’s undercut right from the start. Major William Cage is a cowardly military public affairs officer who sells the war yet avoids the conflict. His attempts to charm General Brigham (Brendan Gleeson) put him on the front lines for certain death. This never would have happened to Cole Trickle! It’s interesting that our hero is hardly the courageous sort who will do anything to save the world. He’d rather blackmail someone than go near the fight. There’s plenty of room for growth for Cage, and that keeps him from being a one-note dullard. 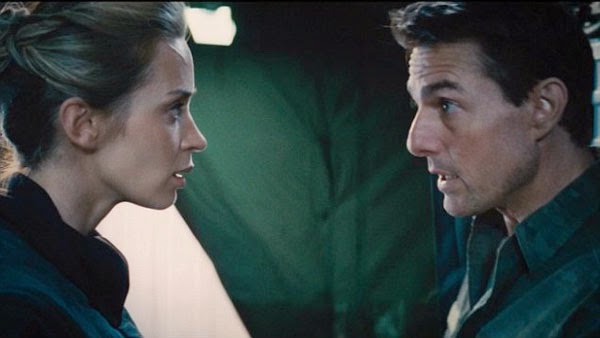 The story opens with a montage of news that introduces us to the situation of the Mimics threatening Europe. The barrage of clips is a clever way to introduce the setting without spending too much time on it. We don’t need to know every detail of how the enemy works or what happened earlier. Guillermo del Toro employed a similar strategy with Pacific Rim, but this approach works even better in setting the stage. The action moves briskly and barely takes a breath during the 113-minute running time. Edge of Tomorrow is directed by Doug Liman, and he used a similar approach with The Bourne Identity. Both films pack a lot of action and humor and don’t cross the two-hour mark. It’s a pivotal skill that should have been employed in bloated movies like The Amazing Spider-man 2. Liman recognizes the need to dive into the material without an unnecessary build-up.

It takes very little to get me excited about time loop stories, especially those that use the Groundhog Day premise. If done well, they can offer an interesting combination of ingenuity and humor. When Cage finds himself repeatedly dying in the same battle, it’s a scenario with no easy answer. Many have made the comparison to playing a video game, and I can’t think of a better description. Cage is playing a game with no continues and must start over every time. It’s like having to start at the beginning of the maddening NES Castelvania level with the Grim Reaper. What keeps this movie from getting tired is the humor, which finds the fun in watching Cruise keep dying. When Cage tries to be an action hero and roll under a moving truck, it’s fitting that he’s run over in his first try. He might knock a fellow soldier out of harm’s way, but he gets killed instead. Despite the significant amounts of death and destruction, there’s an airy feeling that’s hard to get right. Bill Paxton adds to the fun as a patriotic sergeant who hams it up to just the right level. 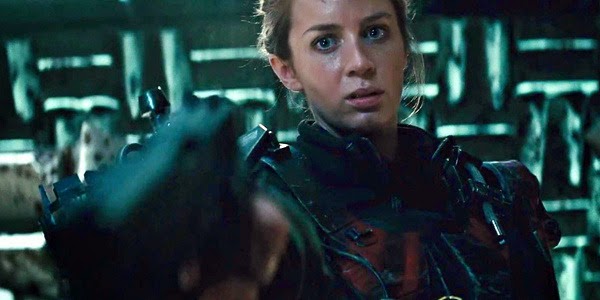 Another factor in the success is the work of Emily Blunt, who plays the film's real action superstar. Rita Vrataski has experienced a similar loop, and her no-nonsense attitude is just what Cage needs. She’s ready to pull out a gun and shoot Cage at a moment’s notice, and there’s great fun in watching her act so decisively. The highly entertaining training montage includes repeat examples of her penchant to shoot first and ask questions later. Blunt brought a similar weight to her role in Looper and is even stronger here as the ultimate warrior. The semi-love story doesn’t feel out of place because Cage has spent so much time with Vrataski. The hints at a similar partner during her loop also give them a unique connection. She understands what he’s experiencing and has developed the hardened shell to combat regrets about her failure to save the day. Cage is hardly the best guy to receive this gift, but it’s their only chance to avoid complete destruction.

Despite the fun approach, Edge of Tomorrow includes harrowing war footage that gives a believable portrait of the chaos. The Mimics appear out of nowhere, and death is only seconds away. The camera throws us inside the battle and rarely provides a warning before death arrives. Even with the futuristic weaponry, humans can do little against the agile foes. The creatures strike with tentacles and inflict major blows in a heartbeat. How can anyone defend against them? The best choice is to run, but that move offers little chance of survival. We rarely get a clear look at the Mimics, which adds to the mystery of the nearly unstoppable beings. How can you defeat an enemy that’s always many steps ahead of you? Of course, they also have a trump card for understanding human tactics.

It’s unfortunate that Edge of Tomorrow didn’t find a larger audience. Most critics raved about it, but the unfortunate title and better-known competition led to the disappointing crowds. Warner Bros. emphasized the tagline “Live. Die. Repeat” to the cover to diminish the importance of the original title. The movie is based on the novel All You Need is Kill by Hiroshi Sakurazaka, and that title remains the best of the three options. I can understand why it wasn’t used by the studio, however. It sounds like the name of a cool genre movie instead of a summer blockbuster. Regardless of its initial results, this film should continue to build its reputation during the next few years. It’s hardly a throwaway blockbuster and delivers great entertainment that few big releases have matched this year.
2014 Film Review