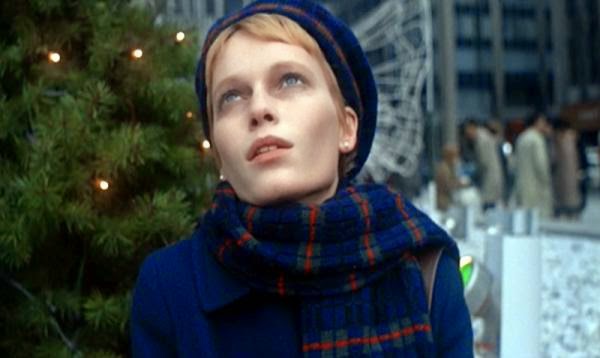 There are few things creepier than an old apartment building that has seen better days. The clanking sounds of the elevator, gaudy interiors, and dim lighting offer the perfect recipe for a horror movie. Who visits these places and decides they’re the best options for home? The answer is Rosemary and Guy Woodhouse, at least in the mind of Roman Polanski. Mia Farrow and John Cassavetes play the couple who rent a large, yet strangely cold apartment in New York City. There are hints during their visit that all is not right, including a closet blocked by a dresser. Rosemary sees the charm behind the façade, and Guy only cares about his acting career. What could go wrong? The neighbors may be nosy, but that isn’t enough. The young couple is ready to start a family and enter the next stage of adulthood. All seems right on the surface, but it masks issues that will send them down a dark path.

This premise sets the stage for Polanski’s adaptation of Rosemary’s Baby, considered one of the classic horror films. It isn’t your standard genre picture and exists more in the realm of paranoid thrillers than what we’d call “horror”. Even so, supernatural elements play a key role, and everyone is set against Rosemary. Polanski creates an environment where every citizen seems dangerous and no one is trustworthy. A respected doctor may not be there to help her, and apparently harmless elderly neighbors have a sinister intent. This film was released a year before the tragic death of Polanski’s wife Sharon Tate, but it contains the fear that would only increase after that event. Rosemary trusts her husband and others, and there’s little she can do when the truth is revealed. The story involves the devil and witches, but the greatest betrayal isn’t supernatural.

Cassavetes is known for directing movies that feel authentic like Faces and A Woman Under the Influence. That background creates an interesting contrast with his phony role in this film. Guy sits inches from the TV and studies actors, but he understands nothing about real people. He strolls into the room like he’s playing a character and is uncomfortable interacting with his wife. It takes little for the evil Minnie and Roman Castavet (Ruth Gordon and Sidney Blackmer) to convince him to betray Rosemary. He can claim it’s for their future, but it’s really all about Guy. He’s one of the truly vile narcissists that I’ve ever seen on screen, and there are no redeeming qualities. Anyone who’s willing to sell his wife and child to Satan is pure evil. His obsession with getting famous is a weakness that’s easily exploited, and Rosemary lets a lot go before recognizing his true nature. 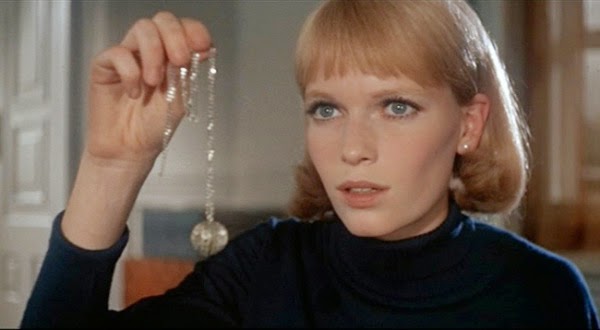 It’s tricky to label Rosemary’s Baby as “scary” because it includes odd moments that are hard to take seriously. The dream sequence is creative and eerie, but it also generates a few laughs. Mia Farrow keeps it grounded with her confused reactions, and her paranoia helps it to avoid going off the rails. A simple moment of her standing in a phone booth is surprisingly tense because Farrow sells it. When a creepy-looking man stands behind her waiting for his turn, we’re certain he’s part of the conspiracy. Those scenes work much better than having a character yell “Satan lives!” with glee. There’s a B-movie charm to that moment, but it differs so dramatically from the more believable terror.

Much of the tension comes from the art direction, which brings a claustrophobic feeling to the apartment. It feels like the walls are designed to keep Rosemary from even moving. The outside world of the city seems even more dangerous despite the vast spaces. It’s a partial escape from the scrutiny, but how can you escape when everyone has been corrupted? Polanski takes his time and allows the action to play out over long takes. Rosemary grows sickly and pale, and there’s a fear of the unknown that isn’t just about the devil. The pregnancy itself is mysterious and possibly deadly, and Rosemary has nowhere turn for salvation. When a possible escape route appears, there’s a sense that it’s a futile endeavor. Polanski creates a world that offers little hope for a happy ending.

NBC aired a four-hour miniseries of Rosemary’s Baby back in May, and the reviews were not kind. It starred Zoe Saldana and moved the setting to Paris. I haven’t seen the remake and don’t have much interest. It would be impossible not to compare it to Polanski’s film, and I doubt it would improve. That’s not to say that the original is perfect, however. What sticks with me is the dire mood and pessimism about humanity’s future. Rosemary’s options are to comply or jump out the window. Despite some awkward moments, the cynicism still connects to our modern world. There’s a reason that Polanski’s films tend to hold up well; they spring from the mind of a guy who sees the dark world. In a similar way to Jake at the end of Chinatown, Rosemary must forget the horror and live with the devil.
Blind Spots Film Review