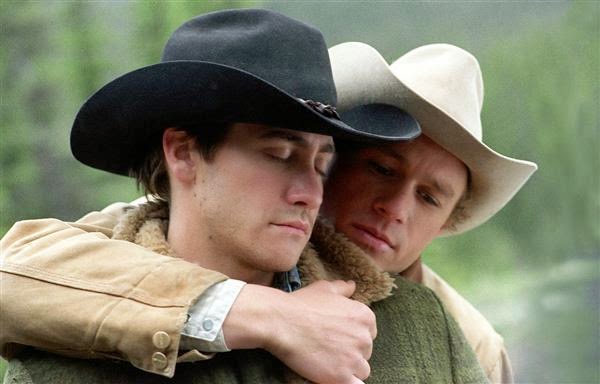 What makes a film worthy to win Best Picture? It’s a silly question and essentially meaningless given the politics, but it comes to mind when thinking about Brokeback Mountain. The 2006 awards season pointed to an Oscar win for the Ang Lee film, and it was stunning to watch Crash bring home the prize. Given all the votes involved in choosing the winner, it’s problematic to read too much into the Academy’s choice. Regardless, their pick has not aged well and frequently appears on lists of the worst Best Picture winners. That may not be fair to Paul Haggis’ film, but it’s no stretch to say that nominees like Good Night, and Good Luck and Brokeback Mountain have had longer staying power. The fact that the latter was chosen for my Blind Spots series gives a clear indication of where it stands.

Heath Ledger and Jake Gyllenhaal star as cowboys that meet in 1963 and strike up a romance. Ennis and Jack are the stoic men of a different era and wouldn’t seem out of place in the Old West. They’re living in a modern culture that forces them to scrounge for odd jobs to make ends meet, however. Mainstream society isn’t ready to accept them as a couple. It’s a culture of fear where discovery can lead to more than ridicule. Being different can lead to a brutal death, and there’s little these guys can do. Ennis recognizes the situation and pulls so far within himself that he barely exists. His words come out as quiet grumbles, and there’s little joy to experience. Jack is more up front and willing to take chances, but that creates its own set of problems. Across the decades, they get married and have families. Daily life is misery, and only the short “fishing trips” give them the respite to keep living. 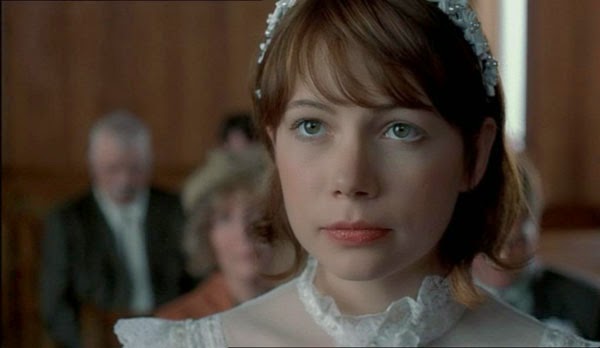 Lee’s film focuses on the absence of happiness and how it damages these men. They try to live a normal life by society’s standards, but memories of the brief meetings aren’t enough. Ennis marries Alma (Michelle Williams) and has two beautiful daughters, but the joys are few and far between. Instead of providing comfort, the kids are screaming obstacles. We don’t see the happy moments for the girls, and things only get worse once Alma discovers his secret. It’s frustrating to watch them try to confine to social norms because it just creates stress and anger. Ennis drinks too much and walks meekly through his home, and his demeanor only changes when Jack arrives. It’s a rough experience for him but just as bad for Alma, who quietly endures his lack of interest. Williams does a brilliant job showing the sadness that keeps growing until their inevitable divorce.

There’s less time spent with Jack and his wife Lureen (Anne Hathaway), but there are subtle hints of their downward spiral. Lureen is a force of nature in her first appearance as a rodeo rider and has one of those giant personalities that can’t be contained. There’s less excitement from her after they marry, and she’s reduced to sitting behind an adding machine and watching their money dwindle. It’s a sour life that isn’t in the same condition as Ennis’ marriage but is hardly thrilling. Adapted from a short story by Annie Proulx, the screenplay from Larry McMurtry and Diana Ossana shows the negative impact on more than Jack and Ennis. They’re forced to try and adapt, and it just leads to pain for everyone. 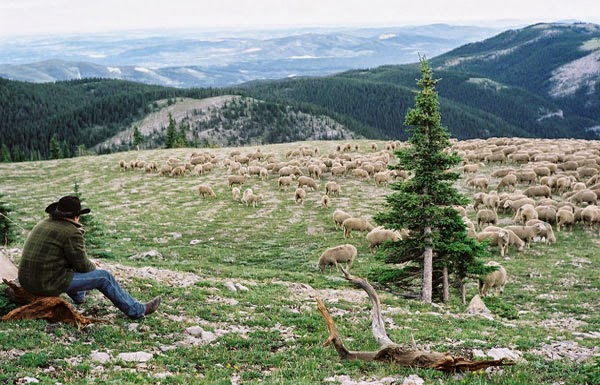 Brokeback Mountain was filmed in Alberta, and the incredible scenery creates a classic feel. Ennis and Jack can be themselves in these isolated spots, though staying there forever is a fading dream. These shots contrast sharply with the constrictive moments at home. We feel trapped inside the houses right along with the characters. The camera moves closer and gives the impression that the walls are closing in around them. The final scene at Ennis’ trailer makes it feel like he’s living inside a small box. The wide-open spaces of nature may be right outside, but he remains within the cramped home. The Oscar-winning score from Gustavo Santaolalla (Babel) plays in the background as Ennis recalls happier times. The promise of freedom is still there, but it’s been lost along with his friend.
Blind Spots Film Review